The irony wasn’t lost on Fancy, BlackRock Inc.’s former chief investment officer for sustainable investing. He was traveling in Europe in March 2019 when he had a heated exchange with a sales colleague. Fancy and his team had just presented the money manager’s latest low-carbon funds to prospective clients, when one asked what impact those funds had on actually cutting emissions. Battling his own growing doubts on whether they had any effect, Fancy said that if enough of the funds were sold, it would create price signals that would eventually boost costs for high-carbon emitters. That would then prompt those companies to take action on cutting their carbon footprints, he said.

While flying to another meeting, Fancy said the salesman rebuked him for going off script. The salesman, Fancy said, told him that he should have stuck to the talking points by simply saying the funds are a way for clients to contribute to the fight against climate change, even though there wasn’t an explanation of how.

“It angered me,” Fancy said. “It’s disrespectful to give an evasive answer to a client. I realized that there wasn’t a lot of investment value, it just seemed to be entirely around marketing.”

It was yet another episode where Fancy found himself at odds with colleagues more focused on marketing sustainable funds—part of a trend he’s since dubbed “sustaina-babble”—rather than creating investments that have actual climate impact, he said. The rift is one of the things that prompted Fancy to quit a few days later.

Inside the booming world of sustainability, a small but growing cohort of disillusioned veterans are speaking out against efforts by corporations and investors to address an overheating planet, income inequality and other big societal problems. Environmental degradation has worsened, while the gap between the rich and poor has widened. The overemphasis on measuring and reporting sustainability has delayed, and displaced, the urgent action needed to tackle those challenges, they say. Environmental, social and governance investing, or “ESGlalaland,” suffers from “cognitive dissonance,” sustainability veteran Ralph Thurm said in a March report titled “The Big Sustainability Illusion.” ESG ratings only explain “who is best in class of those that say that they became less bad,” he said.

“The bigger problem than greenwash is greenwish,” Duncan Austin, a former partner at Al Gore’s Generation Investment Management, said, referring to greenwashing where environmental benefits are exaggerated or misrepresented. “The win-win belief at the heart of ESG has led to widespread wishful thinking that we’re making more progress on sustainability than we really are.”

Corporations around the world have been clamoring to green their businesses. Hundreds have announced net-zero emissions targets and poured billions of dollars into solar and wind projects, while chief sustainability officers have become ubiquitous in C-suites. In April, Amazon.com Inc. signed deals to add more than 1.5 gigawatts of power to its green energy efforts. Last month, Rolls-Royce Holdings Plc said it will make some plane engines compatible with using sustainable fuels, while Tyson Foods Inc., America’s biggest meat company, pledged to go carbon neutral by 2050.

The veterans acknowledge they were complicit and benefited from the boom in sustainability that got underway in the 1990s. And much good was created along the way, they say. But now they’re coalescing under one message: More aggressive government policies are needed to address the planet’s problems.

“The 20-year focus on corporate social responsibility reporting and the current frenzy on ESG investing have created an impression that more is happening to address social and environmental challenges than is really happening,” said Ken Pucker, a former chief operating officer at Timberland who had worked on the company’s sustainability projects. “Markets alone aren’t sufficient to solve these problems.”

Just months into starting his job at BlackRock in January 2018, alarm bells started going off in Fancy’s head. During one hours-long internal meeting to discuss ESG funds with senior management in London, the former distressed-debt investor said he sat silently as they solely focused on how to market them, rather than discuss their underlying investments. In one client presentation, Fancy said he was taken aback when a BlackRock executive said that they didn’t want to see a politician fixing climate change and other big societal issues.

“I thought to myself, that’s exactly who should be solving the problem!” Fancy said.  “A carbon tax will actually have an impact rather than the voluntary allocation of capital to ESG products.”

Whether investors are waging proxy fights against oil companies or divesting shares of high-carbon emitters, Fancy said such efforts aren’t enough to move the needle. Low carbon funds, for instance, are merely buying and selling shares of companies in the secondary market, and so have little impact on the companies themselves. If anything, private, long-term funds that invest in clean technologies are more likely to address climate change, he said.

“I’m clearly seeing inside the machine, and the market isn’t going to self-correct if there’s a market failure,” Fancy said. “Only regulation is going to solve that.”

Since Fancy left BlackRock in 2019, the $9 trillion asset manager has stepped up its sustainability efforts. In January 2020, Chief Executive Officer Larry Fink said BlackRock would put sustainability at the center of its investments. Since then, the company has, among other things, said it may vote against corporate directors who fail to create plans to transition to a low-carbon economy.

BlackRock, which is based in New York, said it believes greenwashing poses a risk to investors and could be detrimental to the asset management industry’s credibility. That’s “why we strongly support regulatory initiatives to set consistent standards and increase transparency for sustainable portfolios,” the company said in a statement. Consistent reporting standards for companies will enable investors to access material public information, which will help them make more informed decisions about achieving long-term returns as the world transitions towards net-zero emissions, it added.

After quitting BlackRock, Fancy is using an education nonprofit he founded to create short online courses to explain to a younger generation how the economy works and how to effect societal change.

Pucker, who teaches sustainability at Boston University’s Questrom School of Business, said he was an advocate of measuring and reporting business’s environmental and social impacts because he thought it would result in consumers and investors putting pressure on companies to behave differently. Over time, he started feeling differently.

“If they’re given information about water intensity or carbon emissions or diversity data, that’s all fine input, but it’s not going to radically change behavior in most cases,” he said. Even if those metrics were mandatory, audited and easy to compare, “a shift in mindset is needed,” he said. “We have to recognize that we are citizens, not just consumers.”

In hindsight, Pucker said he focused too much on reporting impacts, rather than actually improving them. While he said Timberland had succeeded in reducing emissions, it was only from its operations and not from its supply chains. Those emissions, known as Scope 3, often make up the larger part of a company’s carbon footprint, and measuring them can be more challenging because of a lack of data and transparency. Pucker said Timberland and other companies could have worked together to develop a system to measure those emissions to use with their suppliers. “With our leverage, we could have made a difference,” he said.

One of the earliest cases of sustainability reporting was in India in the late 1970s, when the chairman of Tata Iron & Steel Co. asked its audit committee to report on whether it had met its social obligations. It wasn’t until the 1990s, though, when corporate social responsibility efforts really got underway. Since then, 80% of companies globally report on things like water usage and their local community efforts as of last year, compared with 12% in 1993, accounting firm KPMG said in a recent report. In the U.S., assets in sustainable investing hit $17.1 trillion at the start of last year, up from $639 billion in 1995, according to industry group, the US SIF Foundation.

In 1994, John Elkington, a pioneer of corporate sustainability, coined the term “triple bottom line,” which meant that as well as profits, companies should also consider impacts on people and the planet. But just like how companies recall products when problems arise, Elkington in 2018 called for a recall of the phrase.

Elkington said that while he’s proud of how the term took root, it has some dysfunctions. He said he would get “extremely nervous” when management teams would too often say they had made profits and met social goals by providing jobs, but then report that they hadn’t made environmental strides.

“The original proposal was to offer progress on all three bottom lines, not a tradeoff where you’re sacrificing one in favor of the others,” Elkington said in an interview. Corporations instead need to have an “expanded single bottom line,” where social impacts are quantified and included in profit and loss calculations, he said.

Auden Schendler had extolled the virtues of corporate sustainability, only to spend decades taking aim at the movement. As head of sustainability at Aspen Skiing Co. in Colorado, Schendler admits to his blunders. He said he had bought renewable energy certificates only to conclude they were “meaningless paper transactions that didn’t move the needle on clean energy.” Schendler once switched the ski resort’s snow vehicles to biodiesel, but then had to reverse course after the fuel caused microbes to grow and clog the tanks, he said. One of Aspen Skiing’s wins, however, was a project to convert waste methane from a coal plant into electricity, cutting methane emissions.

Over the course of his career, Schendler’s arguments against corporate sustainability have evolved from the movement being insufficient, to being a distraction, to being a dodge in addressing the planet’s problems. And then in March, during a lunchtime bike ride weaving through the Colorado mountains, Schendler came to another realization: Corporate sustainability is complicit with the fossil fuel industry.

“I thought, what would fossil fuel companies want other businesses to be doing?” Schendler said. “The answer is all this sustainability.” It doesn’t threaten high carbon-emitters nor interfere with their business models, there’s no intervention in policy and no public shaming, he said. “That’s when the word complicity came into my head.”

For the most part, corporate sustainability ends up being small, non-systemic changes, Schendler said. Companies should be spending much more money on climate lobbying, he said. “They need to use their power and voice much more aggressively in the political process.”

After posting quotes in ski lifts from Pope Francis about global warming, Schendler has been working on installing kiosks in the ski resort’s lobbies where guests can use pre-paid postcards to write to senators urging them to take action on climate change. 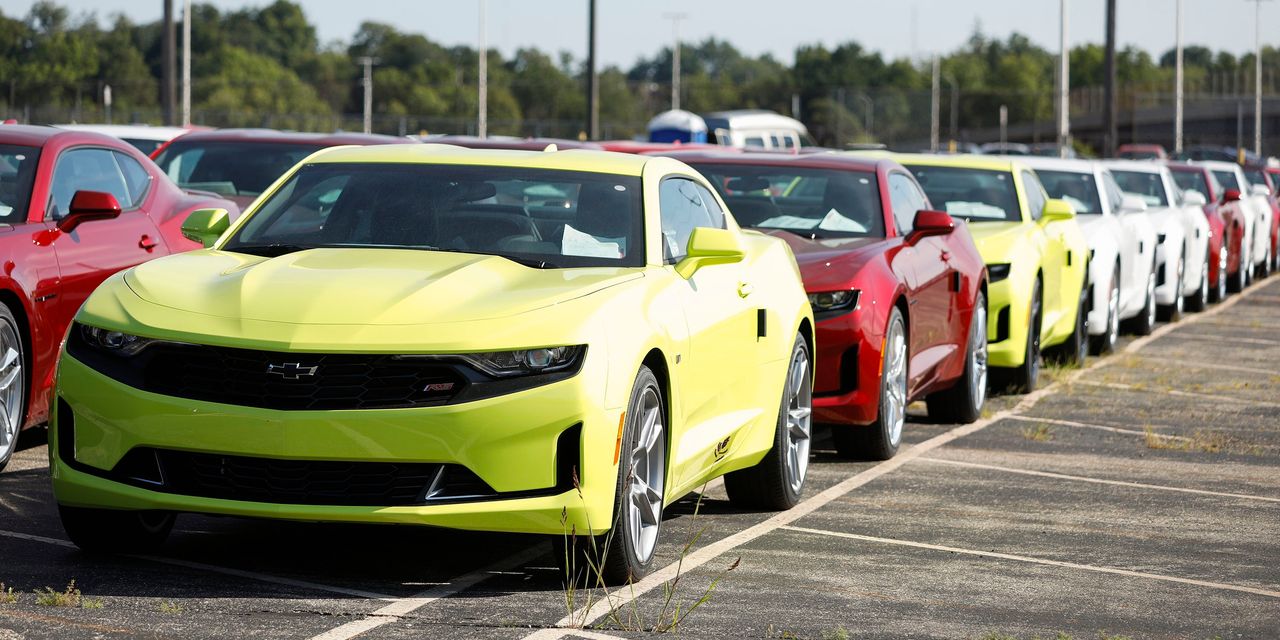 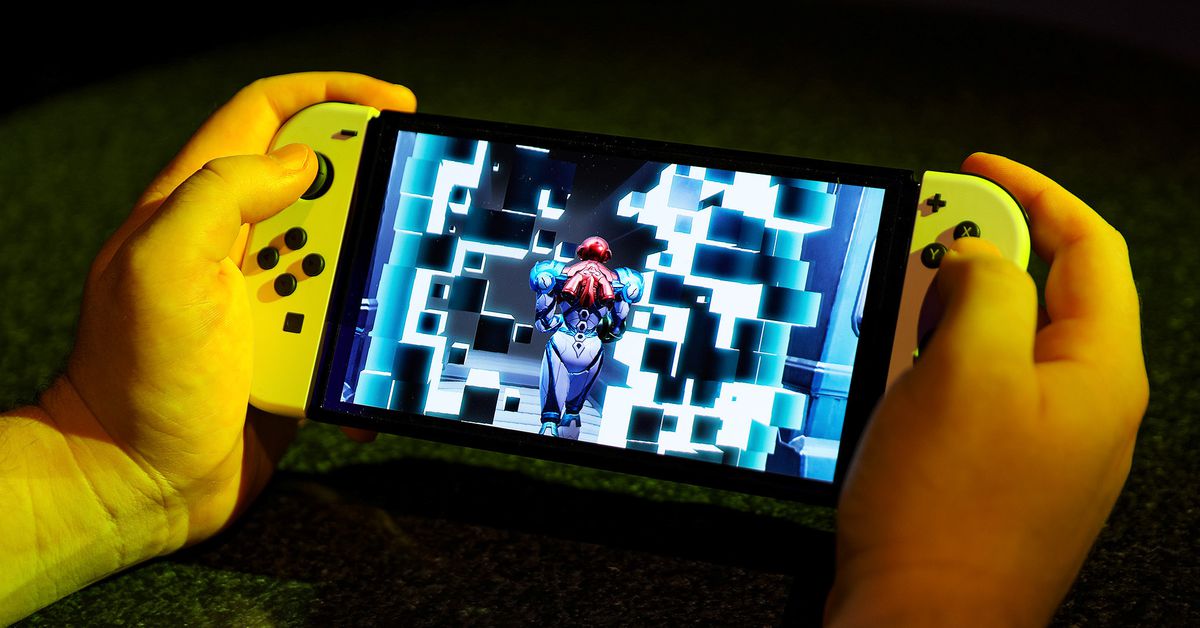