(Bloomberg) — On July 8, Gigi and Glenn Moss took delivery of their 40th anniversary present to each other: a complementary pair of Rolls-Royces.

The white Rolls-Royce Phantom Tempus and red Rolls-Royce Dawn Black Badge are the first cars that the Riverside, Calif., couple has ever owned from the storied brand. But they’re the first of many, apparently: Over lunch at the Orange County car dealership at which they received them, the couple was already playfully arguing about the proper color of the next Rolls-Royce they want: a Cullinan SUV.

They’ll have to settle for something not totally brand-new unless they’re prepared to wait; the Rolls-Royce order books are already full for the next six months.

More than ever, members of the Rolls-Royce elite are choosing to purchase vehicles from the company’s “Provenance”—or highly selective pre-owned—program. “It used to be that one out of three vehicles we sold were Provenance,” said Gerry Spahn, head of communications for Rolls-Royce North America, during a luncheon held for reporters in order to showcase the new cars. “Now, it’s closer to 75%.”

Rolls-Royce is not the only high-end manufacturer experiencing significant upticks in the used-car business. At Bentley, sales rose 150% from January to May. Certified-pre-owned sales at McLaren are up only 2% year to date over 2020, a record-year, but the prices those supercars are selling for used are higher than when they were new. “McLaren 765LT coupes are trading on the pre-owned market up to 40% over MSRP, which is staggering,” says Nic Brown, acting president of McLaren North America.

Whereas the pandemic has brought wealthy consumers a surplus of time and money—plus injected them with a healthy dose of “you only live once” energy—luxury car aficionados of all stripes are eager to obtain something that’s fun to drive as quickly as possible. Even if it means the car is new only to them.

Certified pre-owned is nothing new, even in the luxury car business. When a $345,000 Rolls-Royce Wraith depreciates 20% the minute it is driven off the showroom floor and loses 40% of its value after five years of ownership, buying, say, a two-year-old Rolls-Royce from a trusted original equipment manufacturer program can save quite a bit of money when it comes to residual values.

Such programs offer multipoint inspection plans and special warranties guaranteeing the quality and maintenance of the lightly used cars they offer. At Ferrari, the “Ferrari Approved” pre-owned program includes a 101-point inspection by Ferrari technicians to verify the provenance and maintenance history of the car and to verity that its electrical systems, bodywork, and interior all meet company standards. Ferrari Approved guarantees 24 months of Ferrari roadside assistance and Ferrari coverage—and concludes with a test drive by a factory trained technician before the car is resold.

The programs are good for the automakers, too. They bolster the bottom line at brands including Aston Martin and Lamborghini and even flip brand-curious used-car buyers into becoming brand-loyalist new-car buyers. “It’s a really good opportunity just to bring new people into the brand,” Brown says. Some 75% of lease buyers will swap into a new McLaren after 18 to 22 months, he says.

At Bentley, cars in the certified pre-owned program receive a 79-point technical inspection and 12-month warranties with unlimited mileage, with roadside assistance and trip-interruption assistance included. The program acts as a secret weapon in attracting the critical demographic of 35- to 54-year-olds to the used-car side, says Michael Rice, Bentley’s regional director and former manager of its pre-owned program. Since 2016, the Bentley used volume in that segment grew by 53% while the total segment grew by just 18%. The gains outpace those on Bentley’s new car side, which were 34% during the same period.

“For many customers, buying a Bentley pre-owned is their first foray into the Bentley brand, and many will become repeat customers,” Rice says. “A significant number of these customers will ultimately purchase a new Bentley.”

The semiconductor shortage that led to low inventory levels for mass automakers hasn’t affected the higher-end automakers so much as the ravenous appetite among the well-heeled for quality goods that can be had right now. Brown says the shortage has not affected McLaren’s production. In a May 27 interview with Bloomberg TV, Rolls-Royce Chief Executive Officer Torsten Muller-Otvos said the brand “hadn’t been affected at all” by the shortage.

With more time and money on their hands after expensive trips and social events were forgone during the pandemic, automakers say, wealthy consumers’ ability to Have it Now is overriding what used to be the main thing: the ability to Have it Special.

“There is definitely a stronger sense of, ‘I want this now,’” said Rolls-Royce’s Spahn at the luncheon, noting that as many as 70% of all Rolls-Royce vehicles ever made are still operational on the road today. “For a lot of our clients, Provenance makes sense.”

If you must have a new car, there are ways to jump the line, and they don’t necessarily concern money. Even at the luncheon, as Glenn Moss was bemoaning the impending wait time for a Cullinan, Martin Fritsches, the president and CEO of Rolls-Royce Motor Cars Americas, leaned over congenially. “Don’t worry, we can talk,” he said with a smile. “You are in the family now.” 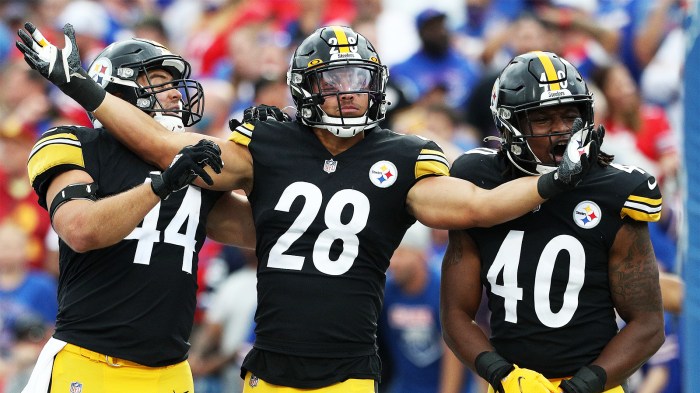 The First Week Of The NFL Season Was Pure Chaos. What Does That Mean For The Rest Of It?
2 mins ago

The First Week Of The NFL Season Was Pure Chaos. What Does That Mean For The Rest Of It? What’s Going On With Earth’s Ozone Hole?
3 mins ago