Greetings from New York, where I have just done something remarkable: I stepped out outside without wearing a face mask. This is now officially permitted by the Centers for Disease Control for double-vaccinated adults, at least in non-crowded spaces. A light is glimmering in the tunnel.

And when the Moral Money team held a European summit this week, one message was clear: changes in corporate behaviour due to Covid-19 will outlast the pandemic. Among the examples:

Social expectations, in other words, have changed — and if this week’s news is any indication they will keep changing as expectations about companies’ role in climate change rise. Read on. (Gillian Tett)

Banks are disclosing little about their climate risks

Many of these companies continue to underwrite more green bonds or sustainability-linked loans, which is all good news for the planet.

But these greening attributes belie an uncomfortable truth: financial companies are failing to disclose information about their climate risks.

Half of financial institutions indicated they did not conduct any analysis of how their portfolios impact climate change, according to a report released today from CDP (formerly known as the Carbon Disclosure Project).

Only about half of insurance companies disclosed a low-carbon transition plan and only half of those companies were taking action with their underwriting portfolios, CDP said.

Plus, only a quarter of the companies reported their financed emissions, according to CDP. These paltry disclosures suggest financial institutions are underestimating their climate risks.

“While most financial institutions are focused on providing sustainable finance, they are less focused on ensuring the entirety of their business is aligned with net zero,” CDP said. “Huge sums of capital are still being committed to financing fossil fuels without a focus on transition.”

There were some standouts. Allianz, BNP Paribas, BNY Mellon won applause for their disclosures. And CDP praised Dutch lender ABN Amro for disclosing the emissions associated with more than 70 per cent of its portfolio exposure.

But those companies are exceptions to the rule.

“The sector must act now,” CDP warned. “Financial institutions that do not align their portfolios face enormous risks, including from stranded assets.” (Patrick Temple-West)

Covid-19 has changed many elements of the “safety” debate for companies: issues such as workplace sanitation, sick pay and mental health are all being bundled into the “S” factor in ESG (or, as Leo Strine, the former chief justice of Delaware is fond of pointing out, into an additional “E” in EESG, meaning “employee” issues.)

But if manufacturing giant Carrier is correct, there is another aspect of safety that companies will soon also need to think about: air quality.

This week it launched a new system to monitor whether the quality of air circulation inside buildings is high enough to prevent dangerous germs from collecting. David Gitlin, chief executive of Carrier, argues that while air quality issues did not provoke much angst in the past, this has changed during the pandemic and become a matter of employee and customer care.

Of course, Carrier has a vested interest in pushing that point, given that it is seeking to sell these digital air conditioners. Some ESG enthusiasts might argue that the most important issue that companies such as Carrier need to address is whether the devices are creating environmental damage. (Gitlin has said the company is addressing this, but it is an area of heated debate.)

What is perhaps most interesting about Carrier’s sales pitch is that it raises a bigger question: will workers flex their muscles after Covid-19 and demand higher workplace safety standards? Moral Money suspects they will, particularly given rising concern over issues such as air quality. Any executive who is trying to extol their “S” credentials should brace for this. (Gillian Tett)

One of the big announcements coming out of Biden’s climate summit last week was the establishment of the so-called Glasgow Financial Alliance for Net Zero (Gfanz). Led by Mark Carney (pictured), it is designed to set some standards for finance companies setting net-zero emissions goals.

As noted above, financial companies have a long way to go on disclosure. And the entire concept of net zero has come under increasing fire from critics in recent months. But these net-zero commitments can have a big impact on companies, especially if Gfanz succeeds in its goal of putting more rigour behind them.

According to rating agency Moody’s “the recent proliferation of net-zero targets . . . is expected to raise credit risk and reduce the availability, and increase the cost, of capital for carbon intensive activities”.

If companies follow through on their pledges, Moody’s anticipates it will have a greater impact on heavy emitting companies than any divestment campaign or disclosure requirements.

It’s true there are still a lot of “ifs” that need to be worked out.

“The full implications for this decade of such initiatives will only become clear with the detail, breadth and speed of implementation steps taken under the net-zero initiatives,” Moody’s notes.

But the mere fact that Moody’s is alerting companies that these programmes might impact their credit is a big deal. If the net-zero alliances successfully drive up the cost of capital for polluters it would represent a big win for the pressure groups that have been trying to hit them where it hurts (their wallets) for years. (Billy Nauman)

Latin America has lagged in the green bond revolution. Issuers in the region have sold just 2 per cent of the world’s green paper to date, well below its weight in the global economy. One of the main problems is investor concern about disclosure: standard setting is in its infancy in Latin America and the risk of greenwashing is high.

The Inter-American Development Bank, the region’s biggest multilateral lender, hopes to change that. This week it is launching an innovative online platform to hold data about Latin American green bond issues in a harmonised, standardised format.

Juan Antonio Ketterer, head of connectivity, finance and markets at the IDB, told Moral Money that only 53 per cent of Latin American green bond issuers report what the proceeds will be spent on. Just 27 per cent are certified to the international standards of the Climate Bonds Initiative and only 1 per cent report the impact of the investment afterwards. “There’s a certain amount of greenwashing but we don’t know how much,” he said. “We don’t have the data.”

The Green Bond Transparency Platform will go live at the start of May with data on about 30 per cent of the region’s outstanding $24bn of green bonds. The hope is that new issuers will opt to use the platform’s secure blockchain technology to record data on their bonds and in the process boost the attractions of their issues for green investors globally.

The IDB’s free and public platform will be open to sovereigns, as well as corporates — so far, Chile, Mexico City and two Argentine provinces have issued green bonds and Colombia plans to follow suit later this year. (Michael Stott)

Nikkei’s Tamami Shimizuishi helps you stay up to date on stories you may have missed from the eastern hemisphere.

Will the commitment from Japan’s Prime Minister Yoshihide Suga to reduce the country’s emissions by 46 per cent by 2030 kick-start Japan Inc’s shift to green energy?

Suga’s words have the power to “guide the ministries in setting policies and their pressure on private companies,” said Richard Katz, a senior fellow at the Carnegie Council for Ethics in International Affairs.

For example, Suga is in a position to tell the influential Ministry of Economy, Trade and Industry (Meti) to set targets to achieve the emissions goal and “can reject [Meti’s] plan if it’s a clear evasion”.

But Suga’s political capital is eroding due to poor poll ratings. His Liberal Democratic party lost all three by-elections last weekend. “What ends up happening depends on the power of the prime minister,” Katz said.

Pushback from business leaders is looming, too. While the Keidanren business federation praised Suga’s target, Katz observed that the country’s most powerful business lobbying group stopped short of updating “their views about what should and should not be done”.

“Policy that bans gasoline-powered or diesel cars from the very beginning would limit [ . . . ] options [to achieve carbon neutrality by 2050], and could also cause Japan to lose its strengths,” Akio Toyoda, chief executive of Toyota and chair of the Japan Automobile Manufacturers Association, said.

“We’re genuinely concerned that Mr Toyoda does not seem to realise what is at stake here”, Jens Munch Holst, chief executive of Danish pension fund AkademikerPension, one of four investors pressuring the world largest automaker to change its international policy engagements — alongside with Church of England Pensions Board.

If there is no improvement, AkademikerPension said it would consider preparing a shareholders resolution to submit next year or even ultimately consider selling its stake in the company.

Chart of the week

Over the past three years, the number of companies mentioning “climate change” in earnings calls has steadily increased.

This makes sense, given the heightened focus from regulators, investors and consumers on the topic. However, it is interesting to see how far sectors such as oil and gas still have to go. Somehow, despite the increased recognition of climate risk, fewer than half the companies in the sector have breached the topic in an earnings call. (Kristen Talman)

The effort to overhaul Exxon’s board is among the most-watched US shareholder proxy battles in years and highlights a broader test for corporations as climate change risks rise up investors’ agendas, wrote the FT’s Derek Brower and Justin Jacobs. Interest in EVs and low-carbon fuels is growing, Consumer Reports says
2 seconds ago 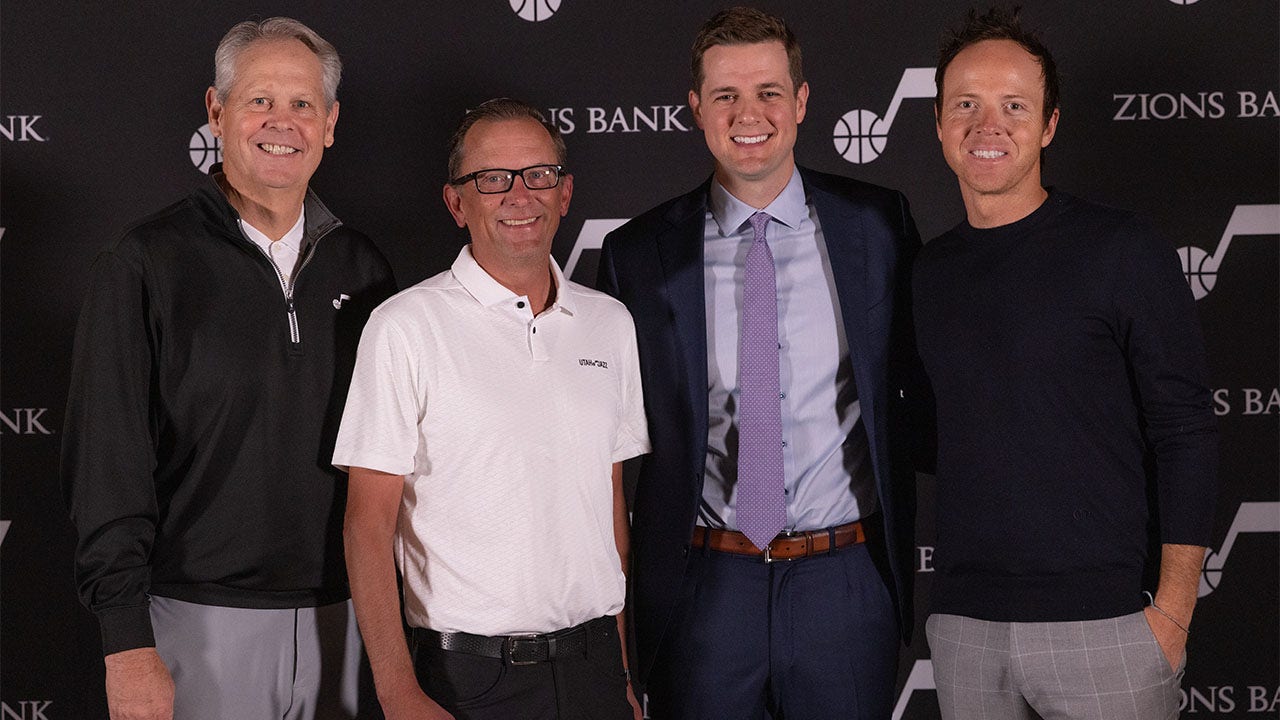 Crypto owners banned from working on US Government crypto policies 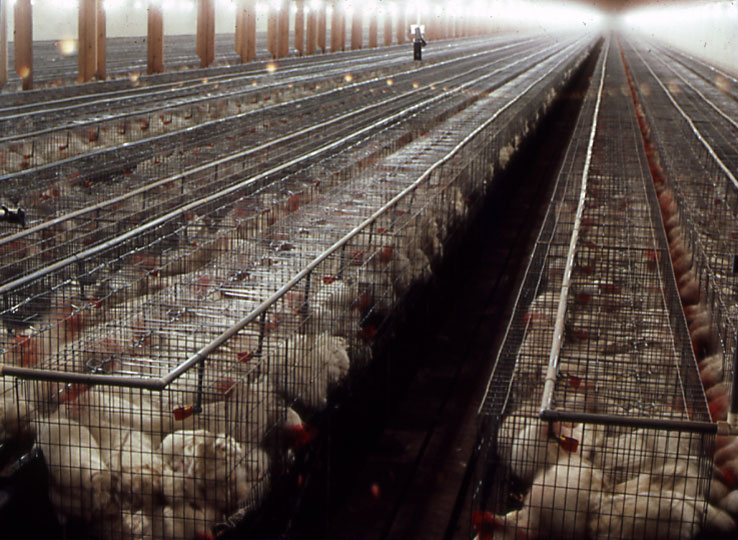