Every month, we compile a list of companies that are top of their field according to our AI. These stocks run the gamut from Top Buy to Top Tech to Top Quality Value, but the one thing they all have in common is that they’re rated above average or better by our in-house artificial intelligence algorithms. Whether or not they belong in your portfolio depends on your investment strategy – but there’s a little something here for everyone.

Without further ado, let’s see which stocks have already climbed the charts to earn their Top status for the month of July.

Q.ai runs factor models daily to get the most up-to-date reading on stocks and ETFs. Our deep-learning algorithms use Artificial Intelligence (AI) technology to provide an in-depth, intelligence-based look at a company – so you don’t have to do the digging yourself.

Johnson & Johnson is a slightly unusual pick because, if you haven’t heard, the company just settled a $230 million lawsuit that bars the company from promoting opioids. That said, the pharmaceutical company claimed it had exited the opioid businesses in 2020 – and has since turned its attention to another pressing matter: the Covid-19 pandemic.

Johnson & Johnson’s single-dose vaccine provided a viable, low-effort alternative to the Moderna and Pfizer mRNA vaccines that swept the nation at a time where storage of the novel vaccines proved difficult. And in more recent good news, despite a few hiccups with J&J’s vaccine, the company announced that its shot is effective at neutralizing the delta variant of the disease, with full protection lasting at least 18 months.

For the month of July, Johnson & Johnson earned its stripes as a Top Quality Value stock and a Top Buy, especially considering the company’s continuing role in fighting the Covid-19 pandemic. Our AI rates the company A in Technicals, Low Volatility Momentum, and Quality Value, and C in Growth.

Microsoft made an even bigger name for itself during the pandemic as the go-to for work-from-home solutions, and that hasn’t changed even as the world slowly reopens. In fact, the company has been busy revamping Windows 11 and its Microsoft Teams offerings for the modern world – as well as netting a few new high-profile clients.

In particular, Microsoft and AT&T recently announced that AT&T would migrate its 5G mobile network to Microsoft’s cloud technology segment, Microsoft Azure. In exchange for access to AT&T’s intellectual property and technical expertise, Microsoft will allow the telecom giant to increase productivity and cost efficiency at scale.

In the last fiscal year, Microsoft’s revenue grew 12% to $143 billion compared to $110 billion three years ago. Operating income jumped 21.3% in the last year as well, rising to $53 billion against $35 billion in the three-year-ago period, while per-share earnings leapt 27.4% in the previous fiscal 12 months to $5.76 compared to $2.13. And in the three year time, ROE over doubled to 40.1%. Currently, Microsoft is expected to see forward 12-month revenue growth around 8.7%.

Like Johnson & Johnson, Microsoft Corporation has carved its name as a Top Quality Value stock and a Top Buy for the month of July. Our deep-learning algorithms rate this Top stock A in Low Volatility Momentum and Quality Value, B in Growth, and D in Technicals.

Netflix doesn’t need our AI to affirm that it’s top of its field (though it’s a nice bonus!). The streaming media giant already boasts a massive subscriber list, the ability to kick out top-rated shows on the regular, and astronomical revenues that continue to climb. And despite continuing controversies on the balance of power between its shareholders and the board of directors, the company still manages to climb the stock charts time and again, leading to ballooning gains all-around.

Believe it or not, despite massive stock prices and swollen revenues, Netflix is rated a Top Growth and Top Buy stock for the month of July. Our AI grades this stock above-average overall, with an A in Growth, Bs in Low Volatility Momentum and Quality Value, and a D in Technicals.

Home Depot had a banner 2020 thanks to increased consumer spending, largely driven by pandemic boredom, economic stimulus checks, and a desire to craft their dream home – or upgrade their current abode so they could sell out and move to their dream home across the country.

The result? Bloated Q1 earnings for the home improvement retailer that show no sign of stopping anytime soon. In fact, as of April, Home Depot reported an almost 33% increase in revenue YOY for a total of $37.5 billion in sales with an adjusted EPS of $3.86 – far and wide blowing analyst estimates out of the water on both counts.

For the month of July, Home Depot has truly earned its ranking a s a Top Buy and a Top Consumer stock. Our AI rates the home improvement retailer A in Low Volatility Momentum and Quality Value and D in Technicals and Growth.

Verizon Communications nudged up 0.5% Thursday to $56.29 per share on the back of 11.6 million trades. The stock is riding between the 10- and 22-day price averages, though it’s down 2.3% YTD. Currently, Verizon is trading at 11.1x forward earnings.

Verizon is a massive telecommunications conglomerate that became that much more essential during the pandemic, as the carrier was one in a network of telecoms that let loved ones, employees, and employers keep in touch in unprecedented times. During that time, the company also took advantage of an unfortunate situation to massively implement and upgrade its 5G network.

But one of the latest improvements has nothing to do with the company’s impressive 5G network: the company, alongside major competitors T-Mobile and AT&T, confirmed this week that they’re fully compliant with the FCC’s mandatory adoption of anti-spoofing phone call protocols. This update means that scam callers can’t impersonate calls on their networks using cryptographic certificates, which is one of the best lines of defense against robocalls and other unwanted (and sometimes illegal) communication.

Robocallers and 5G upgrades aside, the company still pulled a solid 2020 out of its metaphorical hat. Revenue grew 1% to $128.3 billion, though slightly down from the $130.9 billion seen three years ago. Operating income increased 1% as well to $31.4 billion compared to $31.7 billion three years before. That said, per-share earnings grew 21.3% in the last three fiscal years to $4.30 from $3.76. Currently, the company is expected to continue its trend of 1% annual revenue growth over the next 12 months.

It should come as no surprise that Verizon is a Top Buy for the month of July – and has earned its stripes as a Top Tech stock, too. Our AI rates this stock above-average overall, with As in Low Volatility Momentum and Quality Value and Cs in Technicals and Growth. 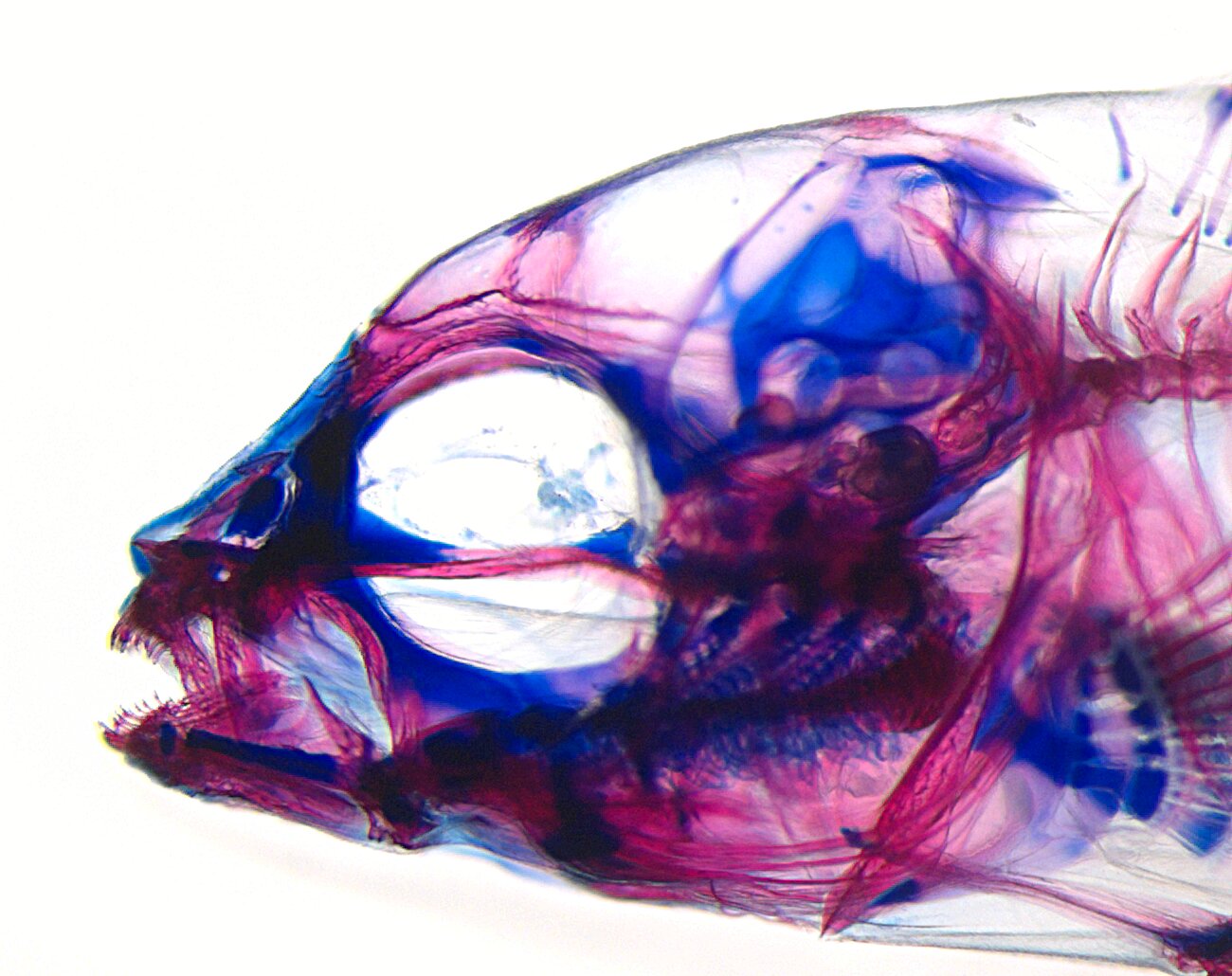 Jaws: How an African ray-finned fish is helping us to rethink the fundamentals of evolution
3 seconds ago

Jaws: How an African ray-finned fish is helping us to rethink the fundamentals of evolution Link between inflammation and pancreatic cancer development uncovered
6 mins ago 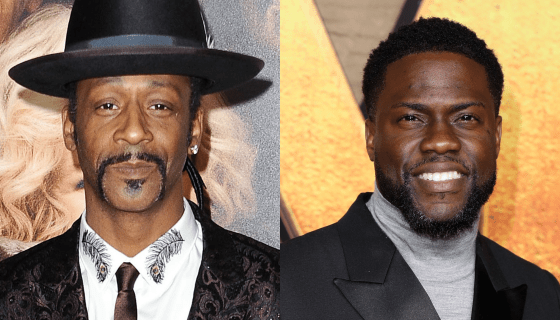