Here’s an overview of the main factors that impacted the rare earths market in H1 2021, and what’s ahead for the rest of the year.

Kicking off the year on a bright note, prices for some rare earth elements (REEs) have been performing on an uptrend during the first half of 2021.

The group of critical metals has increasingly become a trade war pawn between China and the US, as the former dominates the market. Rare earths are used in everything from smartphone cameras to defense systems, and are much more prevalent in our day-to-day lives than many may think. Dig In To Find Out The Latest Outlook On Rare Earth

All The Information You Need To Make Wise Investments. Don’t miss out!

Going into 2021, magnet rare earths prices had largely held onto their 2020 gains, with many expecting tight supply in the space to remain going forward.

“Demand continues to rebound strongly as China, Europe and the US recover from the pandemic and magnet rare earth prices continue to reflect the market’s tight supply/demand balance,” he said.

China’s rare earths experts from January to May, 2019 to 2021. Chart via Tahuti Global.

Speaking with INN about the REE market, Luisa Moreno of Tahuti Global said consumption seems to be steady, with China’s rare earths exports in the first half comparable to previous years.

“It should be noted, however, that total exports in 2020 were 23 percent lower compared to 2019,” she said. “To see an increase in total REE exports in 2021 back to 2019 volume of about 46,000 tonnes, exports in the second half would have to be higher compared to the first half of the year, as only about 18,000 tonnes were exported between January and May.”

Following a near 10 percent drop in global total rare earth oxides consumption in 2020, Adamas Intelligence expects demand for virtually all rare earths to rebound in 2021.

The strongest growth is set to be for magnet rare earths, including neodymium, didymium, dysprosium and terbium, as well as lanthanum and cerium, which are used widely by the catalysts sector.

“Overall we’re expecting double-digit demand growth for all rare earths combined in 2021, and a potential 15 to 20 percent increase in demand for magnet rare earths,” Castilloux said.

Commenting on potential demand disruptions, Moreno said she isn’t expecting any in H2.

“With the introduction of COVID vaccines around the world, by Q4 2021 most economies in the western world should be open. As such, demand for REEs should stay stable or even increase somewhat,” she explained to INN. “Demand for the magnet elements should continue to stay strong, specifically neodymium and praseodymium.”

In 2021, Moreno forecasts that global supply will increase compared to 2020, and the market will see more exports out of China in the second half of the year.

Adamas Intelligence forecast that the supply side will continue chasing ever-rising magnet rare earth demand through H2; otherwise the firm does not foresee any major shifts. “China’s yet-to-be-announced second batch of production quotas remains a bit of a wildcard for the year, as does the ongoing coup in Myanmar, but as of now there is no indication that either is likely to strain supplies,” Castilloux said.

When considering production of REEs, processing is a crucial and complex step in the supply chain. This step is currently dominated by China, although most analysts are hopeful that capacity outside the Asian country will increase going forward. At present, China produces about 85 percent of the world’s refined rare earths products, while Australia’s Lynas Rare Earths  (ASX:LYC,OTC Pink:LYSCF) is the largest non-Chinese supplier of refined rare earth products.

“I think Lynas could further increase mining output in Australia and potentially increase processing capacity in Malaysia,” Moreno said. “MP Materials (NYSE:MP) is likely to continue to increase mining capacity, but the main question is when will they be able to produce separated rare earths elements, at least lanthanum, cerium and didymium (NdPr) at Mountain Pass.”

She added that the few advanced projects in Africa, Australia and Canada, are likely at least five years away from production. Meanwhile, higher demand is likely to be met by increases in Chinese supply.

Castilloux also pointed to MP Materials and a handful of other juniors and market participants that are looking to increase processing capacity in the US in the near term.

In Europe, the market is soon to see Neo Performance Materials (TSX:NEO) processing US-mined rare earth concentrates in Estonia. “With vehicle electrification speeding ahead in the region, I would not be surprised to see new magnet-making capacity come online in Europe in the years ahead,” Castilloux said. “The business case has never been better.”

Another supply source that has been getting more and more attention is recycling. For Castilloux, recycling can help nations minimize their reliance on China for certain rare earths; namely the more valuable magnet rare earths, including neodymium, didymium, dysprosium and terbium.

“Economics aside, achieving scale remains a challenge for the recycling industry given the heterogeneity and broad dissipation of end-of-life devices, but we’re encouraged to see companies addressing and overcoming these issues,” he added.

For Moreno, recycling alone cannot be a near-term solution. “For instance, our internal study shows that electric vehicles will consume more than 25,000 tonnes of NdPr by 2030; however, even if all the REEs used in electric vehicles were to be recycled between now and 2030, it would not be enough to fulfill demand, not even 10 percent,” she said.

Some of the main challenges in REE recycling are the inefficient collection of waste technologies, and the development of economic metal extraction processes, Moreno explained.

Despite the new, stronger pricing environment the REE market is experiencing this year, and even though many companies have posted year-to-date gains, junior miners are still facing hurdles.

“With many projects looking especially attractive at current price levels, and with robust demand to support them, the biggest challenge now is to rightsize the project for market and investor appetites, lock up offtake agreements and get a fresh scoping study or feasibility study published to help secure financing,” Castilloux commented to INN.

The lack of downstream production capacity outside of China to turn mine outputs into oxides, metals, alloys and magnets also remains an obstacle. “Although we are seeing increased efforts to close these gaps, which is encouraging,” he said.

For Moreno, the challenge for some of the most advanced junior REE miners is financing.

“The capital costs of some projects are relatively high compared to potential returns (internal rate of return and net present value) and execution risk, making them somewhat unattractive to investors,” she said. “They all need significant government support.”

Dig In To Find Out The Latest Outlook On Rare Earth

All The Information You Need To Make Wise Investments. Don’t miss out!

As the second half of the year continues to unfold, Adamas Intelligence expects prices, especially magnet rare earth prices, to remain strong.

“Given the current demand resurgence, supply uncertainty and US recommitment to climate, we see the market entering the dawn of a new price environment in 2021,” Castilloux said.

With the exception of lanthanum and cerium, most of the other rare earths have experienced price increases since the summer of last year. “However, prices fell in March and April and may continue to weaken somewhat in H2 if supply stays strong,” Moreno said.

For investors interested in the REE space, there are several factors to watch during the rest of 2021.

“Keep an eye on the situation in Myanmar, which could adversely affect supplies of heavy rare earth feedstocks into China, sending magnet rare earth prices skyward once again,” Castilloux said.

Similarly, the rare earths expert suggested watching China, which is set to announce its second batch of production quotas in the coming weeks; these will determine how tight the market’s supply/demand balance will be in the months ahead.

For her part, Moreno said there are two important topics to keep in mind: the COVID situation, particularly in the west and in China, and the relationship between China and the US.

“If the COVID pandemic is not kept under control this year, we may continue to see economic shutdowns that could affect the global economy and consumption of electronics, electric vehicles and other items that affect REE demand,” she said.

At the same time, in terms of US-China relations, US President Joe Biden seems to have generally a less confrontational approach to foreign relations, but he has surprised some by not removing many of the policies the previous president imposed against China, such as the trade deal, tariffs and technology import restrictions.

“A hard stance against China from the US and other western nations may trigger retaliatory measures from China like REE export restrictions to US military contractors,” Moreno said.

New approach for cell therapy shows potential against solid tumors with KRAS mutations: Next step is a clinical trial as soon as 2022
4 seconds ago

New approach for cell therapy shows potential against solid tumors with KRAS mutations: Next step is a clinical trial as soon as 2022 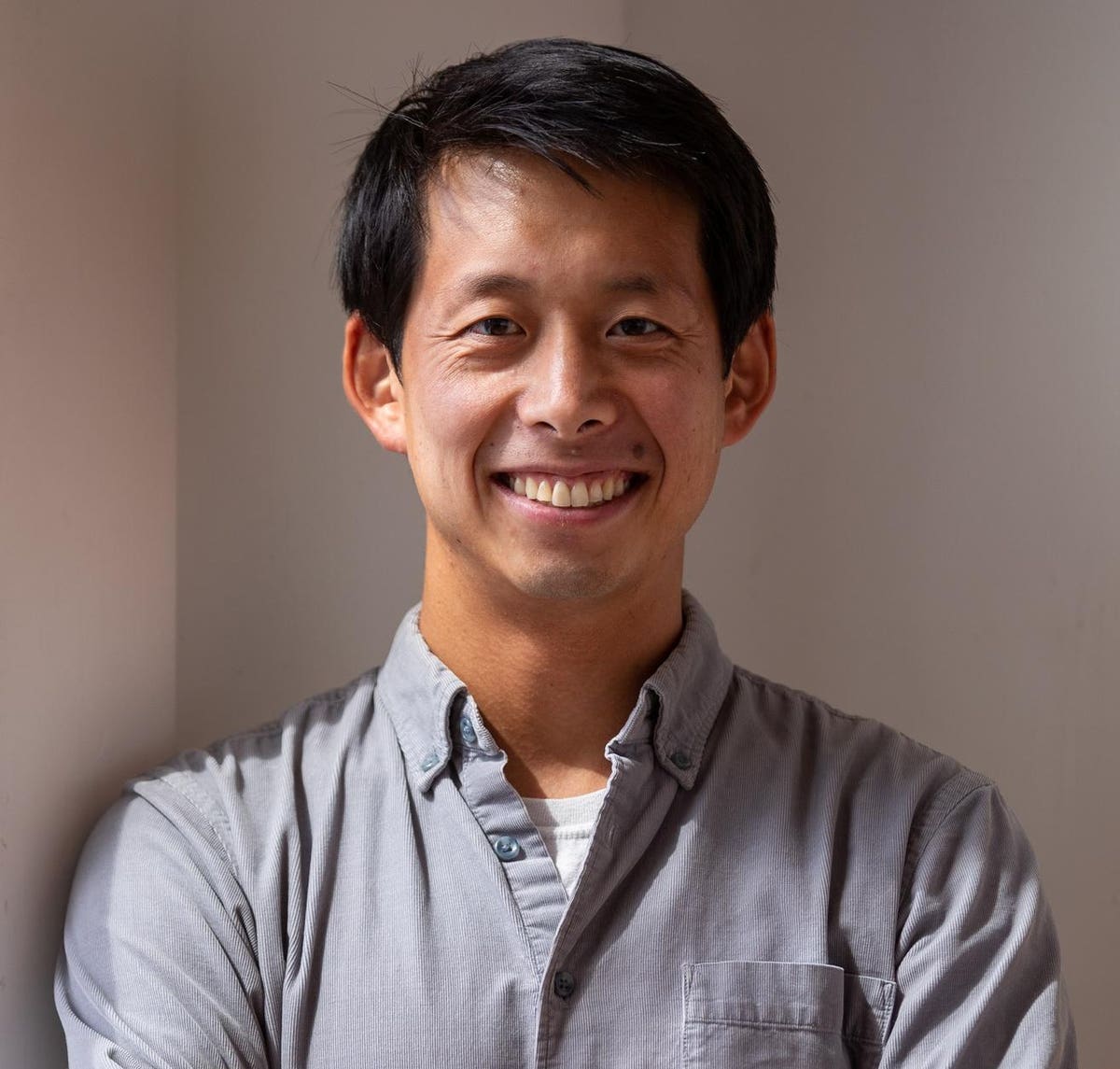 Jenna Dewan and Steve Kazee: A Timeline of Their Relationship
2 mins ago

Jenna Dewan and Steve Kazee: A Timeline of Their Relationship

Rolovich to obey all policies ‘for the unvaccinated’
6 mins ago