Smaller, newer businesses face all sorts of challenges, some new and some age old. There is increased corporate concentration and the near monopoly power of the digital giants. The cost of complying with many regulations is proportionately higher for them and they have less access to cheap public debt markets than their bigger competitors.

This causes many companies to eye the equity markets for funding, but the initial public offering process can be lengthy and expensive. These days, the executives in charge have another choice: merging with a Spac, or “special purpose acquisition company”. Advocates say these listed blank cheque vehicles can offer a smarter, more reliable and faster way into public markets.

But do they? Spacs, which are shell corporations that go public on a promise to turn themselves into real businesses via mergers within two years, have had a record run recently. In 2021, there have been 30 per cent more Spac issuances than traditional IPOs. Indeed, the number of public companies has declined radically in recent years.

A June OECD report looking at the capital markets found that since 2005 more than 30,000 companies have delisted. That’s equivalent to three-quarters of today’s total of globally listed firms. The number of new listings hasn’t come close to matching this. The result: a shrinking number of companies are using public equity markets, and the money raised there goes to fewer, bigger firms.

Spac fans say the structure is helping redress the balance by making it easier for young companies to enter the market. These deals have also been touted as a kind of “poor man’s private equity”, allowing retail investors to back managers who target and restructure companies much as institutional investors do.

Clearly, plenty of people have been buying this story. In 2020 alone, Spacs raised as much cash as they had done over the entire preceding decade, and 2021 has already surpassed this total. This has led regulators and top investors to label the structure speculative and dangerous, the sort of financial “innovation” that characterises a market top.

Certainly Spacs have some of the same characteristics — relative newness, information asymmetry, moral hazard — as the junk bonds that triggered the 1980s savings and loan crisis or the collateralised debt obligations implicated in the 2008 financial crisis. “Because there is no precedent for them, they can take on risk that is not readily recognised,” says Richard Bookstaber, chief risk officer for Fabric, a risk technology and analysis group. “This gives an advantage to the innovator over the market and regulators.”

That is clearly problematic. But even more important is whether or not Spacs live up to the promise of being a cheaper, more efficient and more democratic way to bring new companies public.

A recent European Corporate Governance Institute working paper examined the 47 Spacs that merged with target companies between January 2019 and June 2020. It suggests not. While the academic authors found “no evidence that Spacs are hotbeds of fraud or outright investor deception”, they did find that “the costs built into the Spac structure are subtle, opaque, and far higher than has been previously recognised”.

The Spacs in the study issued shares for roughly $10, and investors valued them at that same amount at the time of merger. But by that point, the median Spac in the study was holding cash of only $6.67 per share.

In effect, these shell vehicles consumed one-third of the cash they raised, or 50 per cent of the money they eventually delivered to the companies they brought public. “These costs are much higher than those for IPOs, even accounting for underpricing, and are roughly twice as high as even Spac sceptics have previously estimated,” the researchers noted.

What’s more, the study also found that Spac share prices tend to fall by about a third of their value within a year of their mergers. Since 2010, there has never been a year in which Spac mergers outperformed the Russell 2000 small cap index. Spac returns do even worse when returns are compared to the IPO index, which goes back to 2013.

The ECGI study notes that Spacs sponsored by large private equity funds and former Fortune 500 executives typically do better. But there are plenty with high-profile sponsors that have tanked, belying claims that the process delivers greater price and deal certainty compared to IPOs.

One could argue that this means we shouldn’t worry much about the Spac craze. If a few rich investors lose their shirts, so what? Unfortunately, dozens of these companies have recently joined the Russell 3000 index, which is tracked by investment vehicles with $9.1 trillion in assets. Spacs are suddenly much more mainstream.

The US Securities and Exchange Commission, which has a mandate to protect the little guy, is already expressing concerns about Spacs. Given that Spacs are structured to leave investors rather than sponsors holding most of the risk, I can’t imagine a better target for regulators looking to limit moral hazard. 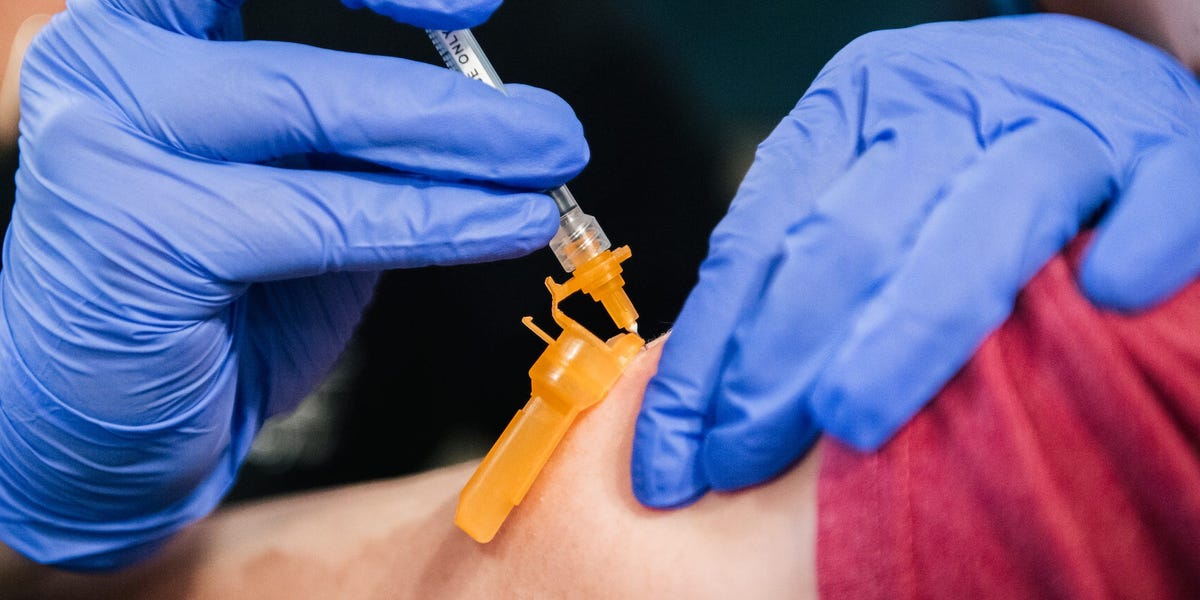 A woman in Alabama whose 28-year-old son died of COVID-19 regrets not getting vaccinated and said his last words were ‘this is not a hoax, this is real’
5 mins ago

A woman in Alabama whose 28-year-old son died of COVID-19 regrets not getting vaccinated and said his last words were ‘this is not a hoax, this is real’

Loopring, The Time Has Come for COINBASE:LRCUSD by overload7
6 mins ago

Loopring, The Time Has Come for COINBASE:LRCUSD by overload7 43% of Singaporeans own crypto, according to Independent Reserve survey
8 mins ago

43% of Singaporeans own crypto, according to Independent Reserve survey