My guess is as good as yours, but I’m going to present my observations, and some information I’ve gathered. First, I’ll do a recap of my own historical Litecoin price analysis:

In November, 2020, I wrote an analysis about how I thought Litecoin’s major downtrend break could signal that some life would return to the cryptocurrency market. The call ended up being correct:


A year before that, I wrote about why I thought the bottom could be in for the cryptocurrency market, but also why I didn’t expect Litecoin to do much for a while:

More recently, I made a call for Litecoin to make a new all-time high. Although it briefly skimmed the high from the previous bull market, it failed to sustain – and my analysis ended up being incorrect for the time being. I did note the possibility of the broadening wedge breakdown, and subsequent updates gave some of those lower targets. 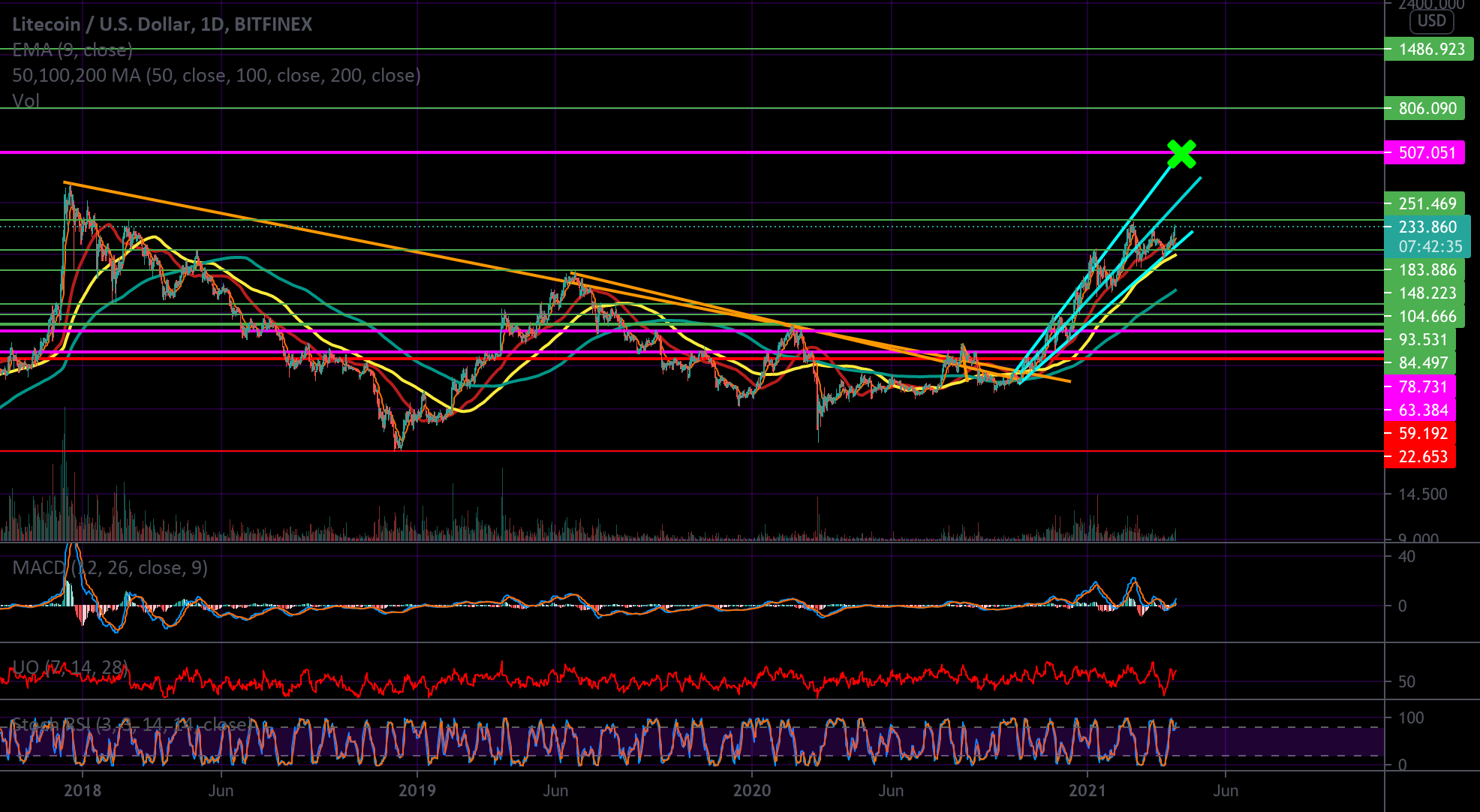 What’s up with Litecoin now? By all appearances, it’s dead. Well, at least if you compare it to Ethereum . Against Bitcoin , LTC has not yet made a new low, but against the #2 cryptocurrency, Litecoin has certainly underperformed, and has been doing so for 2 years straight. Will that ever change? Not unless it can break out of the massive downtrend against ETH (righthand chart). I have now accumulated Litecoin at both touches of the lower trendline of the downtrend channel since February, with the hope of using it to increase some of my other crypto positions (mainly ETH), once the ratio becomes more favorable for selling. My goal, which may be unachievable, is to sell LTC once the ratio against ETH gets to 0.5. After all, I did this once before in 2019, after first buying LTC at $32. The last two times this happened, it signaled a major market top. So, does this mean we haven’t yet reached a major market top? Or…is Litecoin losing relevance in the cryptocurrency market? There are arguments to be made for both cases.

Despite how Litecoin has underperformed, I’ve been buying Litecoin only during this huge crypto market correction. My reasoning might seem a little odd, but I see it as a bit of an outlier and an interesting opportunity. Plus, after reducing my initial risk in January, Litecoin dropped the hardest, and even went below my sell price. So, I redeployed about 15% of my initial risk to accumulate a more substantial Litecoin position. Maybe I’m just stubborn, and I need to simply let go of the position. Just because I made a great LTC trade in 2019 doesn’t mean I’ll get lucky again. Maybe I’m seeing things I just want to see. It hasn’t been a fun one to hold this year. Even leading up to its eventual top near the previous all-time high (above $400), each move up resulted in a violent retrace. It almost seemed like it would never truly break out. Then, once it looked like it was finally about to make a new all-time high, the entire market crashed. Anyone who was already growing tired of Litecoin probably sold. Meanwhile, mysteriously, grayscale has continued to accumulate a sizeable amount of LTC for its trust (almost 38,000 LTC in the last month, while it sold 1000 BTC ).

I think it’s possible Litecoin’s drop was exacerbated by the China mining crackdown. As a legacy proof-of-work coin, Litecoin also requires substantial energy to mine. The Litecoin network is also used to mine DOGE, which is why perhaps LTC and DOGE peaked at around the same time in May, 2021. Despite this major black swan event, LTC price has stabilized for now above $130, which is still near the peak level from 2019. It’s also holding above the middle of the long term bullish channel (lefthand chart). However, Litecoin is starting to drift below the 50 week MA (red on the chart below).

Since the 50 week MA is currently Bitcoin’s support, weakness from Litecoin could spell trouble for Bitcoin as well. Litecoin is really trying hard to hold above the downtrend against Bitcoin , which is perhaps why it’s outperforming the market a little bit today. If it cannot hold above this downtrend, I can see it making new lows:

If this happens, Litecoin could break below the middle of the longer term bullish channel and eventually touch the bottom, putting it well below $100 again.

I was hoping for Litecoin to make a move like its previous cycle (circled below). Again, it’s possible the China crackdown created an anomaly. In this case, I would expect LTC to do what no one expects – pump right up to the longer term downtrend and triple on the ratio in a matter of just a couple weeks. This would also allow it to test the 0.2 level against Ethereum .

For this to happen, Litecoin needs to break the downtrend on my chart for starters. The last time LTC broke a major downtrend, Bitcoin broke its all-time-high shortly thereafter. Maybe Litecoin’s performance today shows some hidden strength in the market. The crypto fear/greed index has maintained below 30 for the longest time in its 3.5 year history. The other times this happened were towards the end of 2018 (last bear market bottom) and in March, 2020. Both were great buying opportunities, with Bitcoin at roughly 1/10th the current price. The fact that sentiment is so low, with Bitcoin being priced that much higher is very interesting. It tells me that a correction this severe and this long was perhaps needed.

This is not financial advice! This is meant for speculation and entertainment only. Thank you for your support. I plan on starting a small podcast some point in the near future, so stay tuned for updates about that. It’ll be about markets, humanity, psychology, and all that good stuff. 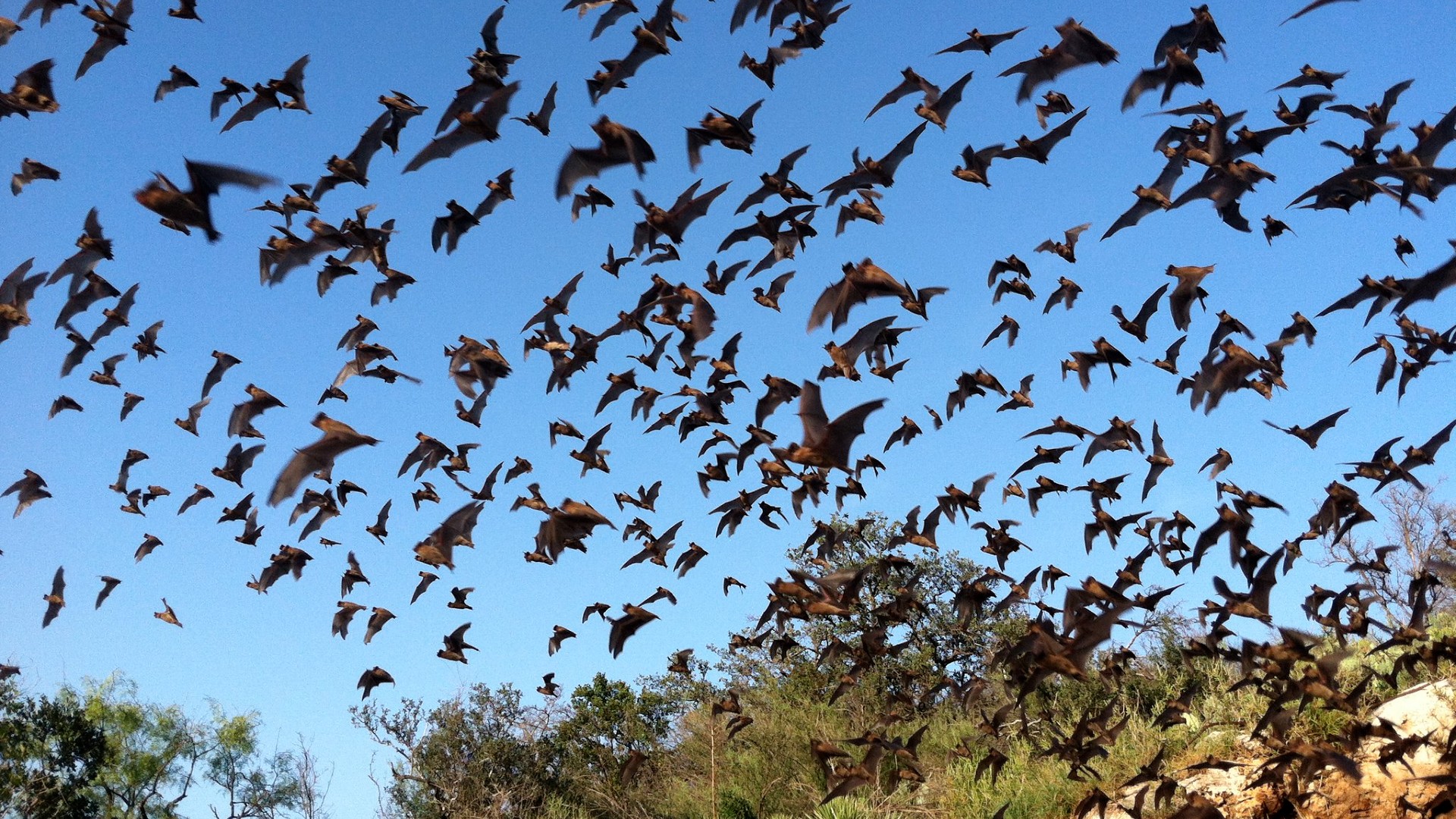 Here’s What Climate Change Will Mean for Bats • The Revelator

Even Winners Get ‘Punched in the Mouth.’ Here’s What They Do When It Happens
1 min ago

Even Winners Get ‘Punched in the Mouth.’ Here’s What They Do When It Happens 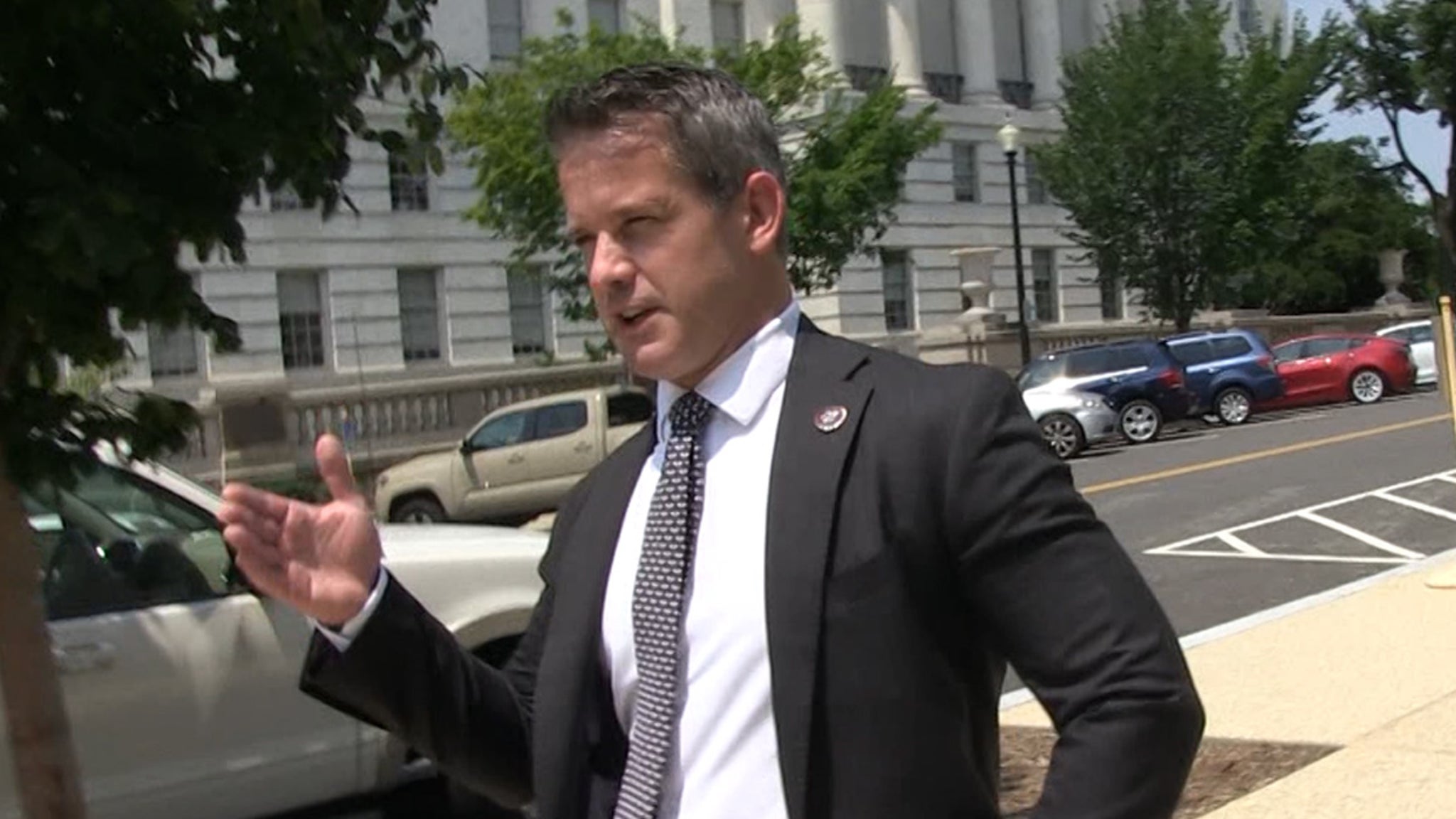 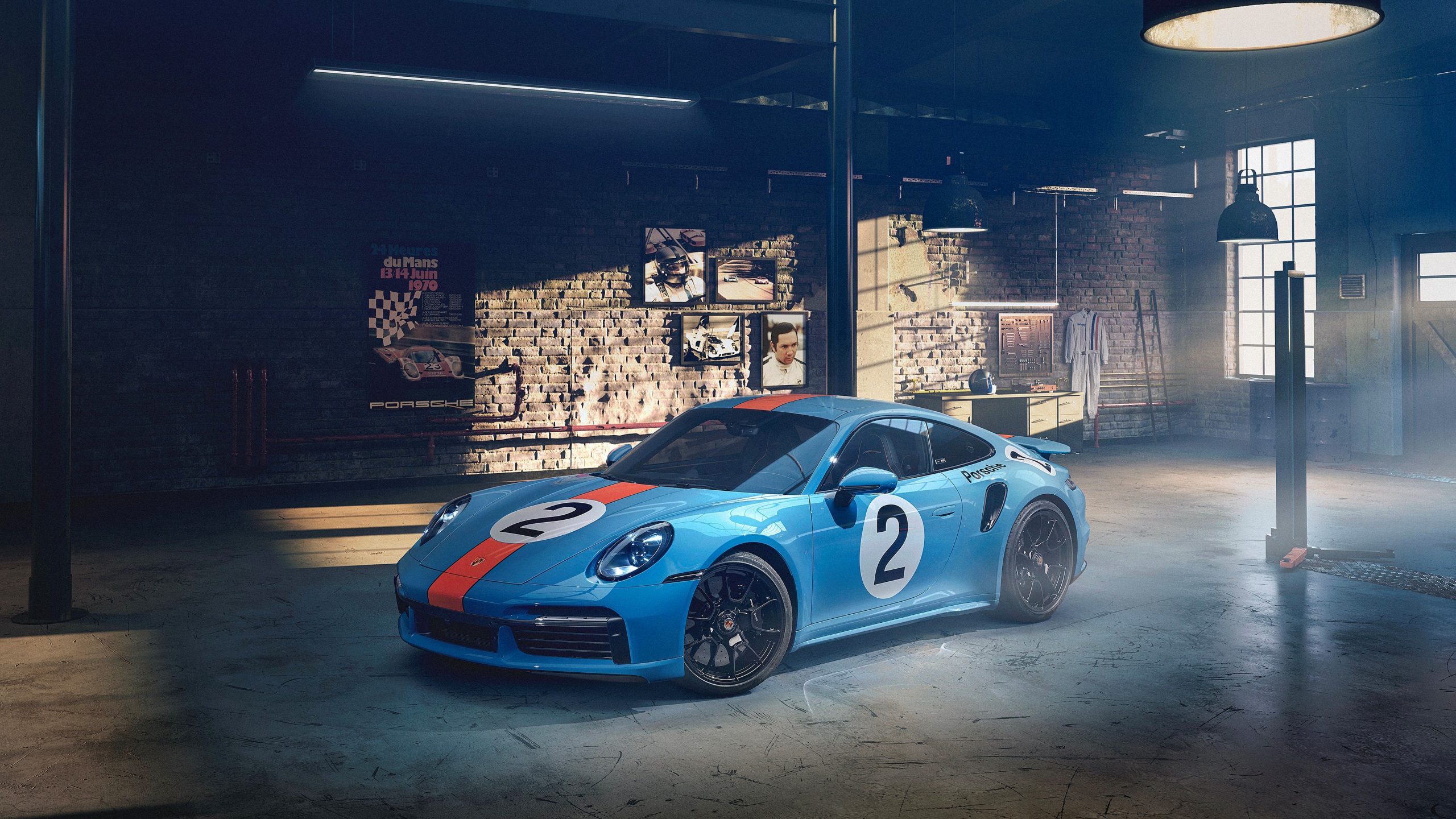