Friday was a banner day for the stock market as all three major indices closed up to record highs, relieving the day before’s stock sell-off fueled by frazzled, inflation-wary investors. Whereas the Dow Jones Industrial Average added a modest 0.2% for the week, the S&P 500 and Nasdaq Composite both added an additional 0.4% to their record high prices.

At the forefront of the rally were many of the same stocks that plunged Thursday – partly as a result of Japan’s latest state of emergency declaration for the summer Tokyo Olympics – including banks, airlines, and cruise liners.

Thursday’s jobless report certainly did nothing to ease investor worries, with a surprising 373,000 new unemployment claims clocked the week before. That said, overall unemployment has fallen from recent highs – a trend that (hopefully) appears poised to continue as the economy reopens.

General Motors got a boost this week after Wedbush – a U.S.-based wealth management, brokerage, and advisory firm – upgraded the stock to “outperform” for the coming months. The firm also noted that General Motors’ steady transition toward electric vehicles (EVs) underlines the firms’ new status as a tech stock – which, if the most recent tech rally is any indication, will prove good news for the company’s stock price and bottom line.

In the last three fiscal years, GM saw its revenue plunge from $147 billion to around $122 billion, with per-share earnings dropping over a dollar to $4.33 and return on equity plunging from 20.5% to 13.2% in the same period. That said, operating income saw a nearly 73% rise in the three-year span, climbing to $8.56 billion compared to $6.29 billion.

All told, GM is expected to see forward 12-month revenue growth in the ballpark of 4.4%. Our AI rates this automotive giant C in Growth and Quality Value, D in Low Volatility Momentum, and F in Technicals.

The New York Times Company jumped 1.7% on Friday, closing out the day at $43.27 per share on the back of 725k trades. The stock is down 16.4% for the year, though it’s currently trading around 39x forward earnings.

The New York Times is a stock that rarely gets any direct coverage – typically, you’re more likely to read about other stocks in their Daily Business Briefing. But the company is publicly traded, which means that it does crop up on our trending lists from time to time as readership trends, advertising decisions, and dividend announcements affect the stock’s price.

However, there’s no one reason that The New York Times is trending this week, other than it just is. The famed media giant has proven remarkably resilient throughout the pandemic as it shifts its strategy away from printed editions and toward a digital future, with advertisements picking up the pace in the most recent quarter to feed the company’s bottom line.

And while the company has some legwork to do if it hopes to move past its most recent deceleration, the last five years have shown time and again that, eventually, The New York Times will rise again.

In the last three fiscal years, The New York Times’ revenue grew incrementally from $1.72 billion to around $1.75 billion. Meanwhile, operating income shrank to $174 million compared to $188 million, whereas per-share earnings dropped from $0.75 to just $0.60. All told, return on equity fell to 8% compared to 13% three years ago.

At this time, The New York Times is expected to see revenue growth around 1.5% in the coming year. Our AI rates this famous media company A in Growth, B in Low Volatility Momentum, and C in Technicals and Quality Value.

GATX Corporation is a stock that pops up in our trending lists whenever the railcar leasing firm gets battered and buffeted – but mostly boosted – by yet another shift in shipping and travel trends.

The company, which holds a prominent position as a leading railcar owner in the United States and Europe, proved silently integral in the behind-the-scenes mechanics of keeping the world rolling during lockdown – and beyond. And while recent price hikes in goods and fuels have seen the company’s stock price falter somewhat, it’s likely that this stock will be able to pick up, dust off, and chug along in no time.

At this time, GATX Corporation is expected to see forward 12-month revenue growth around 4.1%. Our AI rates the stock just above average with a B in Low Volatility Momentum and Cs in Technicals, Growth, and Quality Value.

Nordstrom, Inc skyrocketed 6.6% on Friday, closing out the day at $36 even with 2.86 million trades on the docket. The stock is trending a full dollar above its 22-day price average and up 15.4% for the year. Nordstrom is trading at 20.4x forward earnings.

Nordstrom, Inc. is trending this week after announcing a partnership with Asos, an online British fashion house, in an attempt to appeal to younger generations of shoppers hitting the shopping racks as the world reopens. The luxury department store retailer purchased a minority stake in four of Asos’ underlying brands: HIIT, Topshop, Miss Selfridge, and Topman. The deal gives Nordstrom exclusive retail rights for both the Topman and Topshop lines in North America.

In other news, Nordstrom is also trending this week for being the first major retailer to commit to the 15 Percent Pledge, a nonprofit that encourages and holds accountable large brands’ commitment to supporting Black-owned brands. In the landmark 10-year agreement, Nordstrom announced that it would increase purchases and partnerships with Black-owned and founded retailers ten times by the year 2030.

Nordstrom was one of many nonessential stocks hit hard by the pandemic – though its numbers were on the way up after falling from three-year highs just before. Over the last three fiscal years, the company’s revenue plunged from $15.86 billion to just $10.7 billion. Meanwhile, operating income slipped from $837 million to $822 million.

That said, it wasn’t all doom and gloom for the luxury department store chain, as EPS climbed to $4.39 compared to $3.32 three years prior. ROE ballooned from 61% to over 107% in the period, as well.

Currently, Nordstrom is expected to see around 1.7% revenue growth over the next 12 months. Our AI rates this investment as a poor portfolio holding at this time, with a C in Quality Value, Ds in Technicals and Growth, and a big, fat F in Low Volatility Momentum.

Best Buy Company, Inc leapt 2.5% on Friday to end the day at a final price of $110.86. The company traded almost 2.1 million shares on the day and ended up 11% for the year, though it’s trending below the 10-day average of almost $113. Currently, Best Buy is trading around 14x forward earnings.

Best Buy was one of the undisputed winners of the pandemic thanks to its essential stores of laptops, webcams, and other gizmos – but the infamous Geek Squad employer and purveyor of snazzy gadgets, gaming consoles, and home appliances is no longer limiting itself to all things tech. No, the company has something a little less conventional up its sleeve for the summer shopping season: grills, patio furniture, and luggage.

That’s right. The company made headlines last month after it announced that it would start selling these and other travel- and home improvement-related items as it uses its pandemic-learned savvy to capitalize on reopening economic and consumer trends…even if they’re only tangentially related to its core business.

While the move hasn’t stopped the company’s stock price from slipping recently, it’s likely to boost its bottom line, at least in the short-term. Not that it needs it – the tech and home appliances retailer saw 17.4% revenue growth in the last three fiscal years, climbing from $42.9 billion to over $47.26 billion.

Operating income jumped over 57.5% in the same period to $2.58 billion in the most recent fiscal year, compared to $1.96 billion three years prior. Expanding profits and cash flows also saw per-share earnings balloon over 64% to $6.84, while return on equity nicked up from 42.3% to 44.6%.

Currently, Best Buy is one the best-rated stocks on today’s trending list, as our AI grades this essential retailer B in Growth, Low Volatility Momentum, and Quality Value, and D in Technicals. 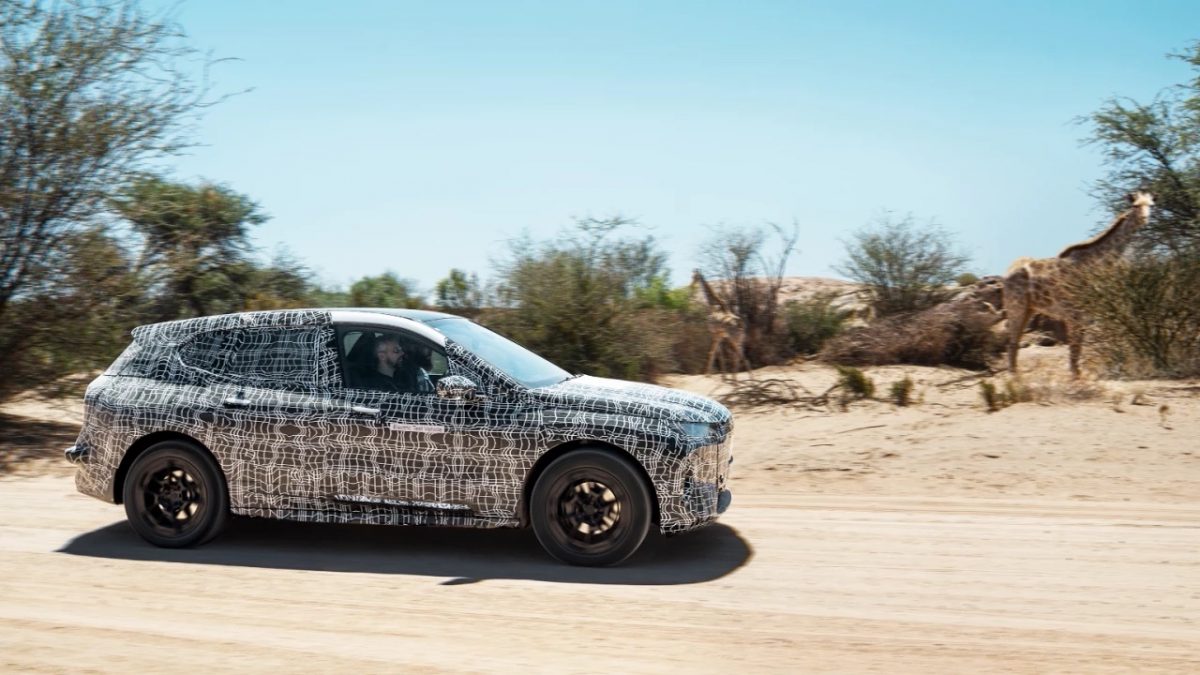 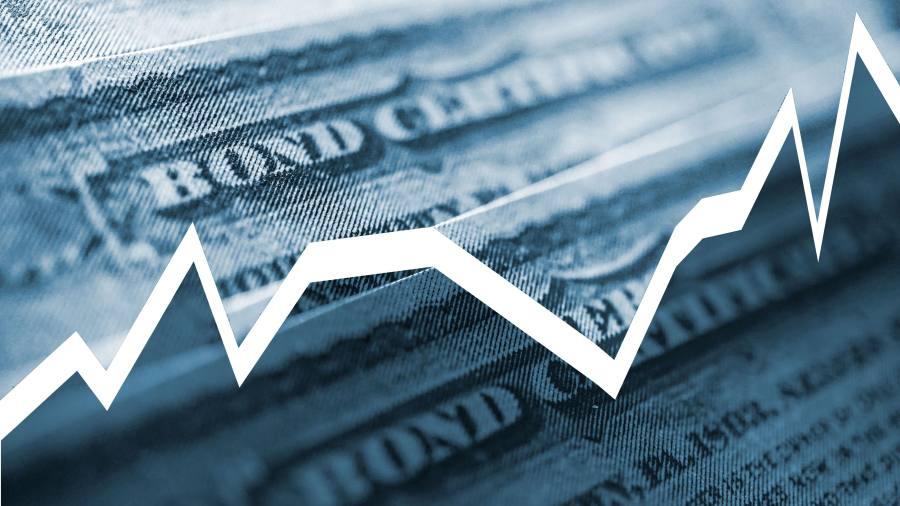 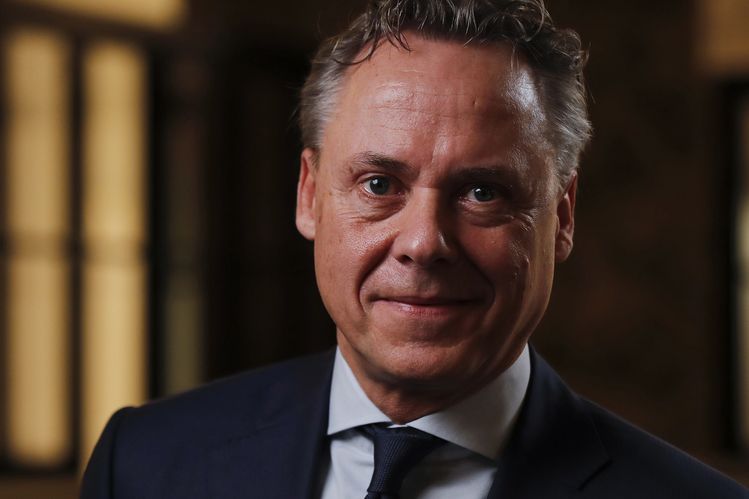