As President Joe Biden nears his 100th day in office, analysts are sizing up his initial months on the job — and finding hits and misses.

U.S.-Mexico border issues are the main thing that Biden is getting wrong or needs to work on, according to Larry Sabato, director of the University of Virginia’s Center for Politics.  The 46th president’s administration has struggled to handle increasing numbers of migrants arriving at the border, leading to plenty of criticism from Republicans as well as Democrats and independents.

“It is the one major policy area where Americans already give him low grades,” Sabato told MarketWatch.

The Biden White House has made an effort to avoid describing the situation at the border as a “crisis.” Skirmishing over terminology is “evidence that what’s happening on the border has definitely tripped up the Biden administration,” said Matthew Continetti, a resident fellow at the American Enterprise Institute, a conservative-leaning think tank.

Another problem has been Biden’s handling of former President Donald Trump’s cap on refugees, according to Sarita McCoy Gregory, who chairs the department of political science and history at Hampton University in Virginia. Biden eventually said after pressure from allies that he plans to increase the cap by May 15.

“The Biden administration seemed to fumble by trying to sustain the low refugee ceiling put in place by the previous administration,” Gregory said.

In addition, she said, the administration still needs to work on college-affordability issues such as forgiveness of student loans.

On the foreign-policy front, AEI’s Continetti criticized Biden’s effort to convene talks with Iran about getting both countries back into, and into compliance with, a deal limiting Iran’s nuclear program, calling it a “rush into the negotiations” and warning the president could “give away too much.”

Thursday marks the 100th day since Biden’s inauguration on Jan. 20, though the milestone falls on Friday if counting full days on the job.

What Biden’s getting right

The COVID-19 pandemic and the economy are the two most important topics for most Americans, and so far people are pleased with Biden, Sabato said.

There are hiccups with the nationwide vaccination program, but overall everyone “can finally see the light at the end of a very dark tunnel,” the University of Virginia scholar said. With the economy, there are some inflation concerns, but generally Biden is “looking good.”

Related: Biden deploys tax credits for businesses to encourage paid time off for vaccinations, as goal of 200 million shots achieved

Henrietta Treyz, director of economic policy at Veda Partners, said the Biden team has been “impressive” in getting a $1.9 trillion relief package enacted and putting a $2.3 trillion infrastructure plan on the path to becoming a reality later this year, even as Democrats just barely have control of the Senate and House.

His administration’s “disciplined approach to messaging” has led to two bills in a row “with over 70% approval ratings amongst the American public,” she said in an email. “I can’t recall a time in the last decade or more in which two [$2 trillion] pieces of legislation passed back-to-back with that kind of approval nationwide.”

AEI’s Continetti said Biden is “getting very good marks on his handling of the pandemic and the distribution of vaccine” and added that “just goes to show the power of bearing and persona.”

“His policies are not all that different from the Trump administration’s pandemic policies, but the way in which he communicates, the way that he models his own behavior — I think the public appreciates greatly,” Continetti said in an interview.

His administration has “conveyed a sense of caring and empathy for what ails the hearts of Americans,” Gregory said. She added that it has been “refreshing” to see Vice President Kamala Harris accompany the president and have featured speaking roles on many important issues.

Sabato said he gives the Democratic president an “A+ for style” following Trump’s tendency to stupefy on Twitter
TWTR,

and at events. “There can’t be many Americans outside the Trump cult who aren’t happy and relieved that Biden generates so little drama. Boring tweets. No harangues at rallies and press conferences,” Sabato told MarketWatch.

In foreign policy, Sabato said Biden deserves credit for making allies abroad feel more confident about the U.S. through actions such as putting Russia “back on notice.”

has gained about 10% and the Dow Jones Industrial Average DJIA a shade less. So what’s behind the stock market’s advance during Biden’s first 100 days?

“We’re in this kind of sweet spot,” Continetti said. “Biden’s tax plans have not kicked in. Major regulations that he’s no doubt thinking of — in terms of the environment — have not kicked in. And at the same time, we have a tremendous amount of money that’s just gushing through the system, so I think that the economy is going to grow, and there’s no question about that.”

But the AEI analyst highlighted the market’s tumble on Thursday, which was widely attributed to reports that the Biden administration was considering a hike in capital-gains taxes. That drop “illustrates the dangers here that some of his taxes and regulatory policies might reduce productivity and might reduce growth,” he said.

When asked about the selloff, White House press secretary Jen Psaki on Friday noted that the market was already rallying back back from the prior day’s fall.

Read: Biden has pledged to tax the rich — but precisely how will he do that? Experts consider his options

Also see: The threat of a capital-gains tax hike couldn’t keep stocks down — here’s why

Plus: Get ready for $178 billion of selling ahead of the capital-gains tax hike

Sabato said the Biden administration’s stability and “clear course of action on most policies” are contributing to the market’s advance.

Treyz of Veda Partners, an investment adviser and consultancy, tied the gains to vaccinations for the most part. “I think the vaccine is the main player generally, but to link the administration to the market I’d say the investment community generally overestimated the extent to which the 2021 Congress would be led by the progressive wing of the party,” she said.

Investors also “have registered upside surprise” to developments including the failure of the federal $15-an-hour minimum wage and the absence of tax hikes associated with the COVID relief bill and “maybe a more down-to-Earth assessment of what can happen in the forthcoming infrastructure bill,” she said.

After the infrastructure bill, it’s “quite likely that no other proactive legislation will pass in the next three years,” Treyz said.

“For that reason I think investors should anticipate significant action on the global stage, around trade, tariffs, digital taxation and other multinational- and executive-action-based fronts from 2022 [to] 2024.”

Meanwhile, Sabato said he is often forced to think about how Biden is 78. The president ranks as the country’s oldest-ever commander-in-chief, topping Ronald Reagan, who was 77 when he left office.

“At least once a day I’m asked about Biden’s age and whether that is having an effect,” Sabato said. “I wish him good health, but if we ever come to the point when infirmity is affecting his performance adversely, we’ll know about it. You can’t hide something like that for very long, and every White House leaks like a sieve eventually.”

From the archives: Was Joe Biden the victim of an ageist attack at the Democratic debate?

Biden is in a good place now, but there are indications of problems coming, Continetti said. “You can look at the immigration issue as a sign of potential trouble,” he said. “You can look at the crime issue — rising crime — as another place where there’s potential trouble. And then, of course, the specter of inflation, where we see some inflation and the question is [whether it’s] going to persist and what its effects in the overall economy might be.”

The Margin: No, Biden isn’t coming for your burgers as he pursues his anti-climate-change agenda 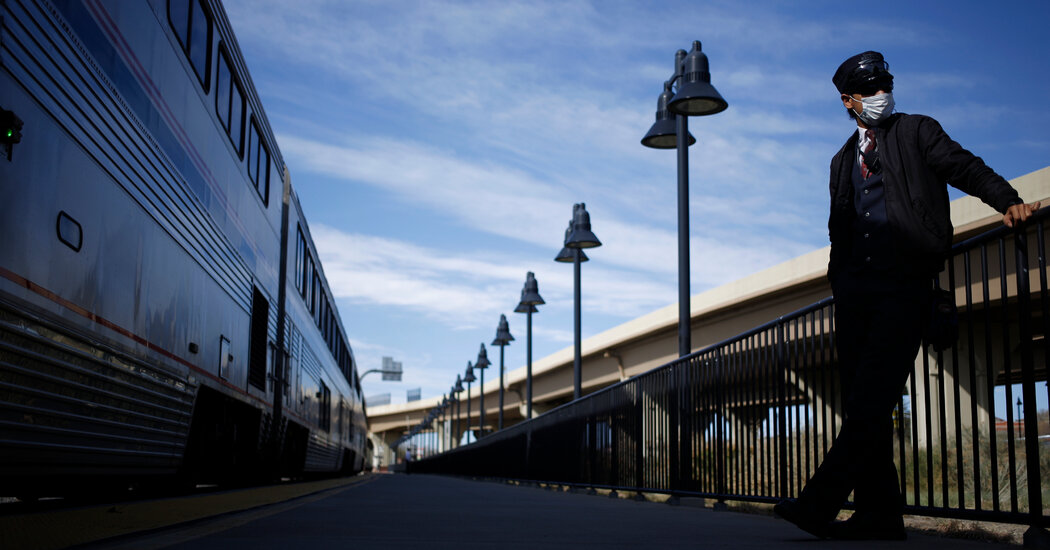