As Federal Reserve Chair Jerome H. Powell and Treasury Secretary Steven Mnuchin scrambled to save faltering markets at the start of the pandemic last year, America’s top economic officials were in near-constant contact with a Wall Street executive whose firm stood to benefit financially from the rescue.

Laurence D. Fink, the chief executive of BlackRock, the world’s largest asset manager, was in frequent touch with Mr. Mnuchin and Mr. Powell in the days before and after many of the Fed’s emergency rescue programs were announced in late March. Emails obtained by The New York Times through a records request, along with public releases, underscore the extent to which Mr. Fink planned alongside the government for parts of a financial rescue that his firm referred to in one message as “the project” that he and the Fed were “working on together.”

While some conversations were previously disclosed, the newly released emails, together with public calendar records, show the extent to which economic policymakers worked with a private company as they were drawing up a response to the financial meltdown and how intertwined BlackRock has become with the federal government.

Mr. Mnuchin held 60 recorded calls over the frantic Saturday and Sunday leading up to the Fed’s unveiling on Monday, March 23, of a policy package that included its first-ever program to buy corporate bonds, which were becoming nearly impossible to sell as investors sprinted to convert their holdings to cash. Mr. Mnuchin spoke to Mr. Fink five times that weekend, more than anyone other than the Fed chair, whom he spoke with nine times. Mr. Fink joined Mr. Mnuchin, Mr. Powell and Larry Kudlow, who was the White House National Economic Council director, for a brief call at 7:25 the evening before the Fed’s big announcement, based on Mr. Mnuchin’s calendars.

The records reveal how often federal officials engaged with a Wall Street executive at a moment of crisis, as they strategized about how to turn around markets that were descending into chaos. Mr. Fink’s firm is a huge player across many stock and debt markets, and its advisory arm helped to execute some of the Fed’s crisis response during the 2008 financial meltdown. That market insight and experience got him a front-row seat at a pivotal moment, one that may have put him in a position to influence a rescue with huge ramifications for households, businesses and the entire U.S. economy.

“They’re about as close to a government arm as you can be, without being the Federal Reserve,” said William Birdthistle, a professor at the Chicago-Kent College of Law and the author of a book on funds.

On March 24, 2020, the New York Fed announced that it had again hired BlackRock’s advisory arm, which operates separately from the company’s asset-management business but which Mr. Fink oversees, this time to carry out the Fed’s purchases of commercial mortgage-backed securities and corporate bonds.

BlackRock’s ability to directly profit from its regular contact with the government during rescue planning was limited. The firm signed a nondisclosure agreement with the New York Fed on March 22, restricting involved officials from sharing information about the coming programs.

But how the Fed and Treasury devised their rescue package mattered to BlackRock. The company makes a profit by managing money for clients in an array of funds, generally charging a preset fee. It earns more when assets under its management grow. In the early days of the coronavirus crisis, as people converted financial holdings into cash, parts of its asset base were contracting and its business outlook hinged on what happened in certain markets.

While the Fed and Treasury consulted with many financial firms as they drew up their response — and practically all of Wall Street and much of Main Street benefited — no other company was as front and center.

Simply being in touch throughout the government’s planning was good for BlackRock, potentially burnishing its image over the longer run, Mr. Birdthistle said. BlackRock would have benefited through “tons of information, tons of secondary financial benefits,” he said.

Mr. Mnuchin could not be reached for comment. Asked whether top Fed officials discussed program details with Mr. Fink before his firm had signed the nondisclosure agreement, the Fed said Mr. Powell and Randal K. Quarles, a Fed vice chair who also appears in the emails, “have no recollection of discussing the terms of either facility with Mr. Fink.”

“Nor did they have any reason to do so because the Federal Reserve Bank of New York handled the process with great care and transparency,” the central bank added in its statement.

Brian Beades, a spokesman for BlackRock, highlighted that the firm had “stringent information barriers in place that ensure separation between BlackRock Financial Markets Advisory and the firm’s investment business.” He said it was “proud to have been in a position to assist the Federal Reserve in addressing the severe downturn in financial markets during the depths of the crisis.”

The disclosed emails between Fed and BlackRock officials — 11 in all across March and early April — do not make clear whether the company knew about any of the Fed and Treasury programs’ designs or whether they were simply providing market information.

Emails indicate that Mr. Powell spoke with Mr. Fink on March 23, hours after the Fed announced its corporate bond program.

“Larry Fink is available to speak today regarding the project you will be working on together,” an email from Mr. Fink’s assistant directly to Mr. Powell said. “Please let us know if there is a convenient time for you.”

The call does not appear on the Fed chair’s official schedule from that March. Those calendars generally track scheduled events, and may have missed meetings in early 2020 when staff members were frantically working on the market rescue and the Fed was shifting to work from home, a central bank spokesman said.

Mr. Powell’s calendars did show that he talked to Mr. Fink in March, April and May, and he has previously answered questions about those discussions.

“I can’t recall exactly what those conversations were, but they would have been about what he is seeing in the markets and things like that, to generally exchanging information,” Mr. Powell said at a July news conference, adding that it wasn’t “very many” conversations. “He’s typically trying to make sure that we are getting good service from the company that he founded and leads.”

BlackRock’s connections to Washington are not new. It was a critical player in the 2008 crisis response, when the New York Fed retained the firm’s advisory arm to manage the mortgage assets of the insurance giant American International Group and Bear Stearns.

Several former BlackRock employees have been named to top roles in President Biden’s administration, including Brian Deese, who heads the White House National Economic Council, and Wally Adeyemo, who was Mr. Fink’s chief of staff and is now the No. 2 official at the Treasury.

As it expanded, it has stepped up its lobbying. In 2004, BlackRock Inc. registered two lobbyists and spent less than $200,000 on its efforts. By 2019 it had 20 lobbyists and spent nearly $2.5 million, though that declined slightly last year, based on OpenSecrets data. Campaign contributions tied to the firm also jumped, touching $1.7 million in 2020 (80 percent to Democrats, 20 percent to Republicans) from next to nothing as recently as 2004.

The firm’s representatives also talked to Treasury policymakers other than Mr. Mnuchin in March, the emails show. One former official said such calls were part of routine information-gathering from a big market participant when markets were rapidly falling apart.

BlackRock operates in short-term debt markets that came under intense stress as people and companies rushed to move all of their holdings into cash. And problems were brewing in the corporate debt market, including in exchange-traded funds, which track bundles of corporate debt and other assets but trade like stocks. Corporate bonds were difficult to trade and near impossible to issue in mid-March 2020. Prices on some high-grade corporate debt E.T.F.s, including one of BlackRock’s, were out of whack relative to the values of the underlying assets, which is unusual.

People could still pull their money from E.T.F.s, which both the industry and several outside academics have heralded as a sign of their resiliency. But investors would have had to take a financial hit to do so, relative to the quoted value of the underlying bonds. That could have bruised the product’s reputation in the eyes of some retail savers.

“This was the first time that E.T.F.s came under stress in a really systemic way,” said Gregg Gelzinis, associate director for economic policy at the Center for American Progress.

The Fed’s programs helped to turn that around. The central bank supported the corporate bond market on March 23, 2020, by pledging to buy both already issued debt and new bonds. The program for existing bonds promised to also buy E.T.F.s, because they are a quick way to get access to a wide swath of the market. The bond market and fund recovery was nearly instant.

When the New York Fed retained BlackRock’s advisory arm to make the purchases, it rapidly disclosed details of those contracts to the public. The firm did the program cheaply for the government, waiving fees for exchange-traded fund buying and rebating fees from its own iShares E.T.F.s back to the New York Fed.

The Fed has explained the decision to hire the advisory side of the house in terms of practicality. 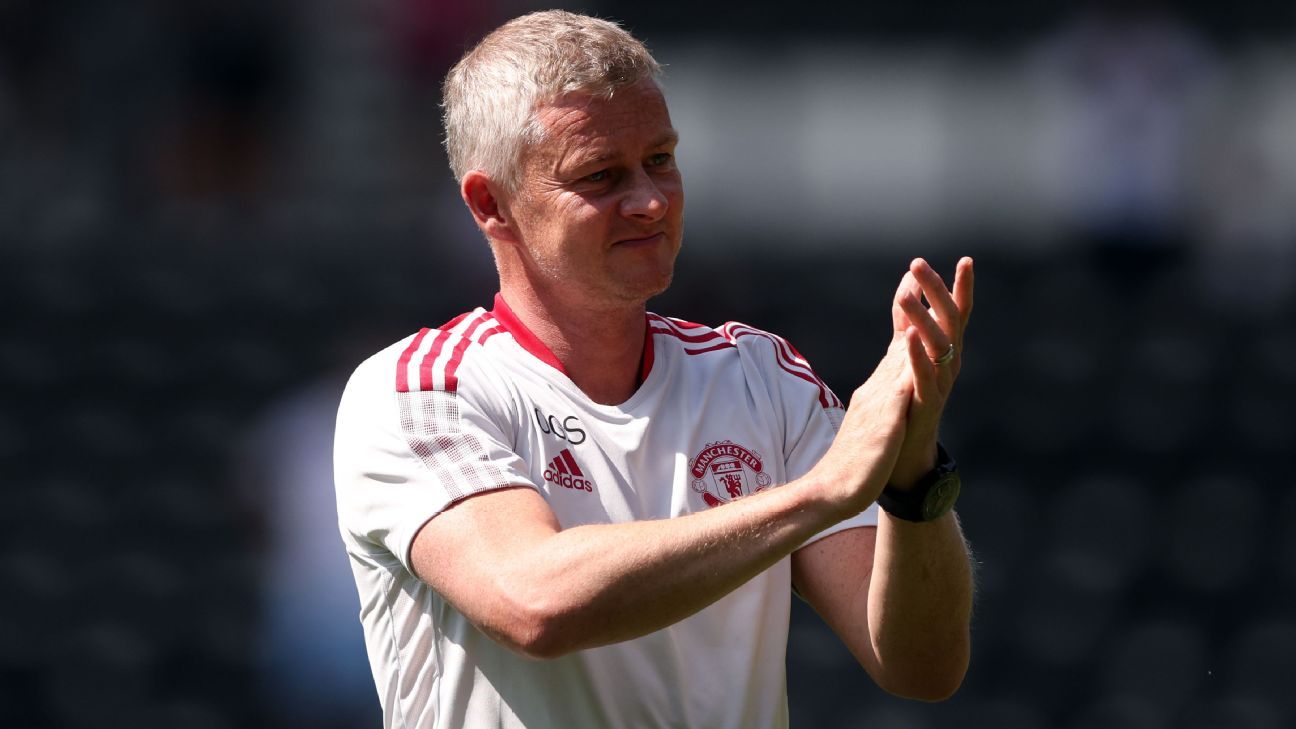 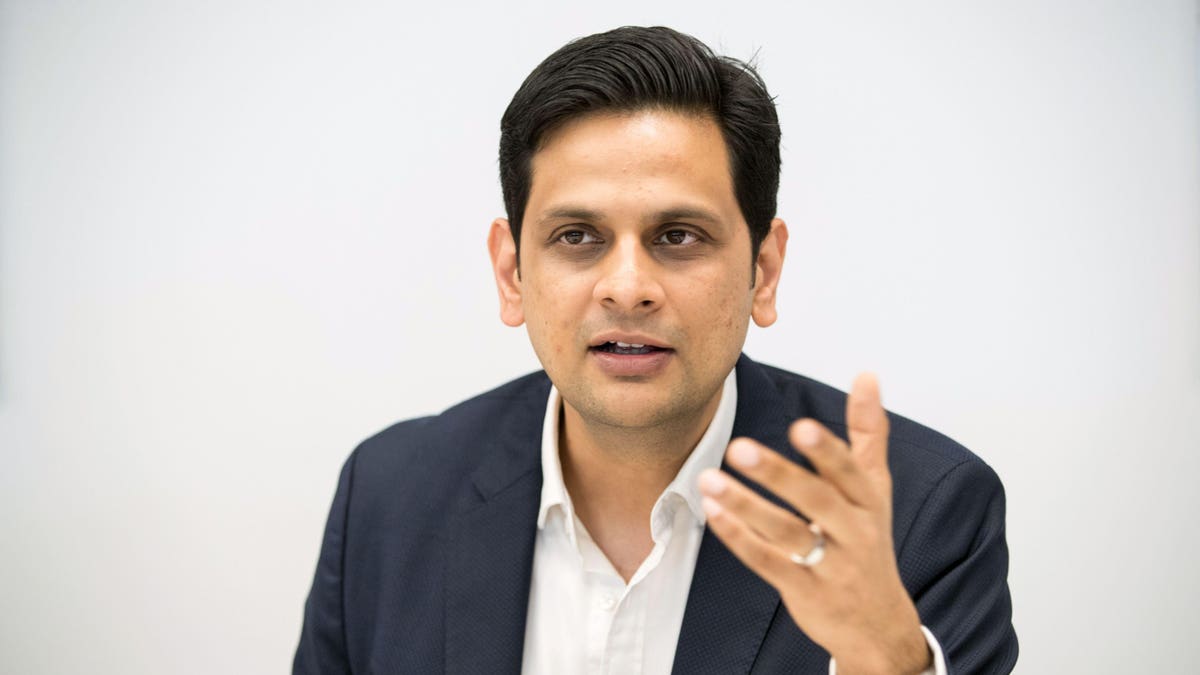