At long last, the reborn Ford Bronco is reaching buyers who initially made reservations to buy one a year ago. Ford has gobs of people ready to plunk down their hard-earned cash to get the cool off-roader, but it seems some of the early Bronco buyers are more interested in seeking a lucrative payday. And when we say lucrative, we mean straight-up crazy – as in asking way beyond $100,000.

Don’t believe us? Jump on eBay right now and search up 2021 Ford Bronco. Make sure you’re sitting down, because some of those search results will surprise you. Given the freight train of hype and excitement that’s existed since the Bronco’s debut in 2020, some market-adjustment pricing is certainly expected. We’ve seen that from dealers, but this time around its new Bronco owners pushing the market to extremes.

First Edition models are leading the way. Plenty of auctions start just shy of $100,000 with buy-it now pricing well beyond that amount. In some cases, these auctions are for vehicles that haven’t even been built yet, like this Arizona eBayer asking a buy-it-now price of $145,000 for a Bronco slated to be built the week of August 23. A Bronco First Edition owner in New York seeks even more, $150,000 to be specific but at least that off-roader is alive and in the seller’s possession. Of course, you could have a new Mercedes-AMG G63 for nearly the same price, but let’s not allow common sense to ruin the party.

It’s one thing to ask a crazy price for something, anyone is free to do that. But are people actually paying more than double the First Edition’s $62,000 price tag just to have one now? Browsing completed auction listings on eBay, the answer to that question appears to be no. As of July 21, we count just seven completed auctions where a Bronco was apparently sold and the most expensive had a final bid price of $88,900. That’s still quite a premium, but it’s not $150,000 by a long shot.

Supply and demand are certainly at play here, as production delays snafus related to both COVID-19 and the microchip shortage have affected Bronco deliveries. That will level out in the months to come, as the Bronco decidedly won’t be a limited-run niche machine. Still, for those who absolutely must have a Bronco right now, if you’re willing to shell out AMG G63 money, there are some people willing to sell. 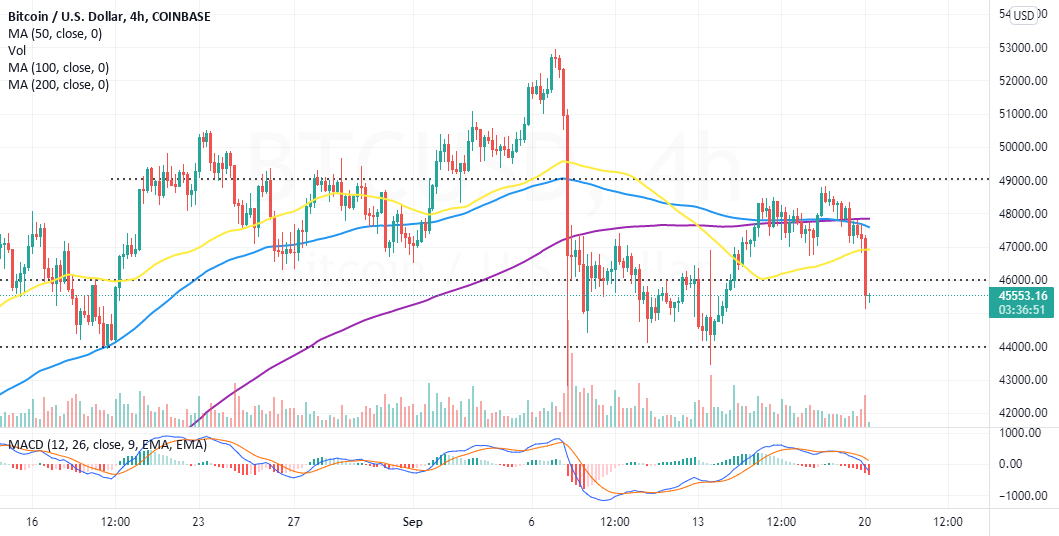 BTC Plummets To $45,000 As Liquidations Soar To $312 Million for COINBASE:BTCUSD by CoinGape
4 seconds ago

Your Lawn Is an ‘Ecological Deadzone.’ The Case For Replacing It with Native Plants – The Allegheny Front
4 mins ago