Renault is accelerating its EV strategy, leveraging its technological and industrial assets, along with ten years of experience in electric mobility.

The automaker says its plans include:

“Today is a historic acceleration of Renault Group’s EV strategy and for ‘made in Europe,’” said Renault Group CEO, Luca de Meo. “By building Renault ElectriCity, our compact, efficient, high-tech electric ecosystem in Northern France, together with our e-powertrain MegaFactory in Normandy, we are creating the conditions of our competitiveness at home.

“We’ll train, invest and partner with established and emerging best-in-class actors in their fields including: STMicroelectronics, Whylot, LG Chem, Envision AESC and Verkor. Ten new electric models will be conceived and up to 1m electric vehicles will be manufactured by 2030, from cost-efficient urban vehicles to higher end sports cars. On top of efficiency, we are betting on iconic designs such as the beloved R5 to bring the Renault touch to electrification: making electric cars popular.”

With NMC-based chemistry(Nickel, Manganese & Cobalt) and a cell footprint, the Group will cover 100% of future BEV launches across all segments. It will cover all ranges with up to 1m electric vehicles Alliance-wide by 2030.

Renault maintains this chemistry choice delivers a competitive ratio of cost per kilometre, with up to 20% more range compared to other chemistry solutions and better recycling performance.

As part of its EV strategy, Renault is partnering with Envision AESC, which will develop a gigafactory in Douai with a capacity of 9 GWh in 2024, aiming at reaching 24 GWh by 2030. Close to Renault ElectriCity, Renault’s partner will produce low-carbon and safe batteries for electric models, including the future Renault 5.

Renault has also signed a Memorandum of Understanding to become shareholder of French start-up, Verkor, with a stake of more than 20%. The two partners intend to co-develop a  battery suitable for the C and higher segments of the Renault range, as well as for the Alpine models. The partnership includes the development of a pilot production line in France for battery cells and module prototyping from 2022.

In a second step, starting from 2026, Verkor aims to build the first gigafactory for high performance batteries in France, with an initial capacity of 10 GWh for the Renault Group, potentially rising to 20 GWh by 2030.

Renault claims in less than ten years, the Group will drive its costs down step by step by 60% at pack level, with a target below 100 dollars/kWh in 2025 and even less than 80 dollars/kWh while preparing the arrival of All Solid State Battery technology within the Alliance in 2030.

Renault added it is keeping ahead of competition by being the first OEM to develop its own e-motor – withno rare-earth(no-permanent magnets) and based on electrically excited synchronous motor (EESM) technology, along with its own reducer.

Having already made most of the investment, the Group has been able to cut the battery cost by two during the past ten years and will divide it by two again in the upcoming decade. The Group will gradually embed new technological improvements from 2024 on its EESM: stator hairpin, glued motor stack, brushless and hollow rotor shafts; lowering costs and improving the efficiency of the motor.

The Group has also signed a partnership with French start-up, Whylot, for an automotive axial flux e-motor. The technology will first be applied on hybrid powertrains aiming to reduce the costs by 5%, while saving up to 2.5g CO2 on WLTP (for B/C-segment passenger car). Renault Group will be the first OEM to produce axial flux e-motor on a large scale from 2025.

On Power Electronics, the Group will extend its value chain control by integrating the inverter, DC-DC and the onboard charger (OBC) into a box produced in-house. With a compact design, this One Box Project will be 800V compliant, with fewer parts to reduce the cost and will be used across all platforms and powertrains (BEV, HEV, PHEV) for further scale effect.

Power modules for inverter, DC-DC and OBC will rely respectively on silicon carbide (SiC) and Gallium Nitride (GaN) due  to the partnership signed with STMicroelectronics.

On top of these new technologies, the Group is also working on a more compact e-powertrain known as the all-in-one system. This e-powertrain consists in integrating the e-motor, the reducer and the power electronics (One Box Project) in a single package: enabling -45% volume in total (equivalent to the volume of the current-generation Clio fuel tank), -30% cost of the overall powertrain (this saving in value being the equivalent of the e-motor cost), and -45% on wasted energy on WLTP giving an extra EV range of up to 20km.

With CMF-EV and CMF-BEV the Group says it is capitalising on its ten years of EV experience making dedicated EV platforms.

For the C and D segment, the CMF-EV platform will represent 700,000 units at the Alliance level by 2025. CMF-EV offers a range up to 580 km WLTP with very low energy consumption.

The automaker maintains the architecture enables greater roominess with all the technical elements in the engine bay and removes all crossing cables from the rear to the front and reduces weight and cost. The heating ventilation and air conditioning is also located in the engine bay, allowing a thinner dashboard design.

The new MéganE, produced in Douai, is based on the CMF-EV platform.

The manufacturer added for the B-segment, CMF-BEV will allow Renault to make affordable BEVs for everyone. The new platform will reduce the vehicle cost by -33%compared to the current generation Zoe.

This has been achieved with the interchangeability of the battery module, a powertrain of 100kW at lower cost and all non-EV components caried-over from the CMF-B platform and its 3m vehicles per year by 2025. CMF-BEV will be affordable with performance offering up to 400km in WLTP, with no compromise on design, acoustics and driving behaviour. This platform will also feature the Group’s Plug & Charge base on the NF-C 15118 regulation.

On 9 June, 2021, the Group announced the creation of Renault ElectriCity to offer cars ‘made in France’. This new legal entity in northern France gathers the three Renault plants of Douai, Maubeuge and Ruitz, as well as an ecosystem of supplier facilities. As early as 2024, it will be supplied with batteries by the gigafactory of Envision AESC in Douai. It isin the heart of European BEV demand, as France, the UK, Germany, Italy, and Spain will represent around two thirds of the total in 2025.

Embodying a transition from traditional, internal-combustion engines into electric powertrains, this industrial ecosystem involves the creation of 700 new jobs by the end of 2024. Together with Envision AESC and Verkor, Renault Group will create 4,500 direct jobs in France by 2030.

This single entity enables Renault Group to make these plants competitive and efficient for EVs in Europe, with 400,000 vehicles produced per year by 2025 and production cost downsized  to ~3% of the value of the vehicle.

Renault said it is the first carmaker to act on the entire life cycle of the battery. It goes further with Mobilize to increase durability, extend uses and generate additional value at each step of the lifecycle.

During the first life of the battery in the vehicle, the Group is developing solutions for Vehicle-to-grid (also called V2G), which enable energy to be pushed back to the power grid from the battery of an electric car. Grid operators are interested in these power storage solutions brought by car battery to balance load at all times.

This way, a car connected eight hours per day could generate a value potentially up to EUR400 per year through V2G, allowing EV drivers to offset part of their annual leasing cost and Renault to capture recurrent profits related to car fleets.

At the end of their first life in the vehicle, batteries may still contain around two thirds of their capacity and can be reused for a second life. Mobilize is developing new applications around stationary battery storage to manage punctual power needs, mobile electricity storage or generators for use in other industries.

Renault has defined an industrial set-up for this market in Europe: the collection of end-of-life batteries with the support of its dealer network, the ability to appraise the fair value of batteries thanks to real-time technical monitoring and industrial capacity to refurbish batteries and repackage the upcoming 250,000 units of Zoe leased batteries.

The Group also plans to collaborate with car rating agencies so the residual value of batteries is taken into account in used-car market transactions for a value up to EUR500 per car. Mobilize will offer ‘health certificate’ (for State Of Health monitoring), battery warranty extension contracts and trade-in offers made possible by the connected vehicle.

End-of-life: Through its subsidiary, Indra and long-standing partnership with Veolia, the Group benefits from a  know-how in EV battery collection and recycling. It has already recycled 75 MWh cumulated capacity in batteries half of which in 2020 only.

The Group is deploying retrofitting, battery re-using, dismantling and recycling facilities through its Re-Factory project in Flins with the objective to generate more than EUR1bn of turnover from end-of-life and recycling activities by 2030.

The consortium recently announced with Solvay and Veolia, enables the recovery of battery materials such as cobalt, nickel and lithium with high efficiency and battery-grade quality, so they can be reused in the production of new car batteries.

Evolutions in its overall battery collection and recycling process will allow Renault Group to divide the net cost of recycling by three by 2030 and secure an alternative and sustainable sourcing of battery materials.

The Group will launch ten new battery-electric vehicles by 2025, seven of them will be for the Renault brand

Renault maintains it aims to have the greenest mix in the European market in 2025, with more than 65% of electric and electrified vehicles in the sales mix and up to 90% battery electric vehicles mix in 2030. 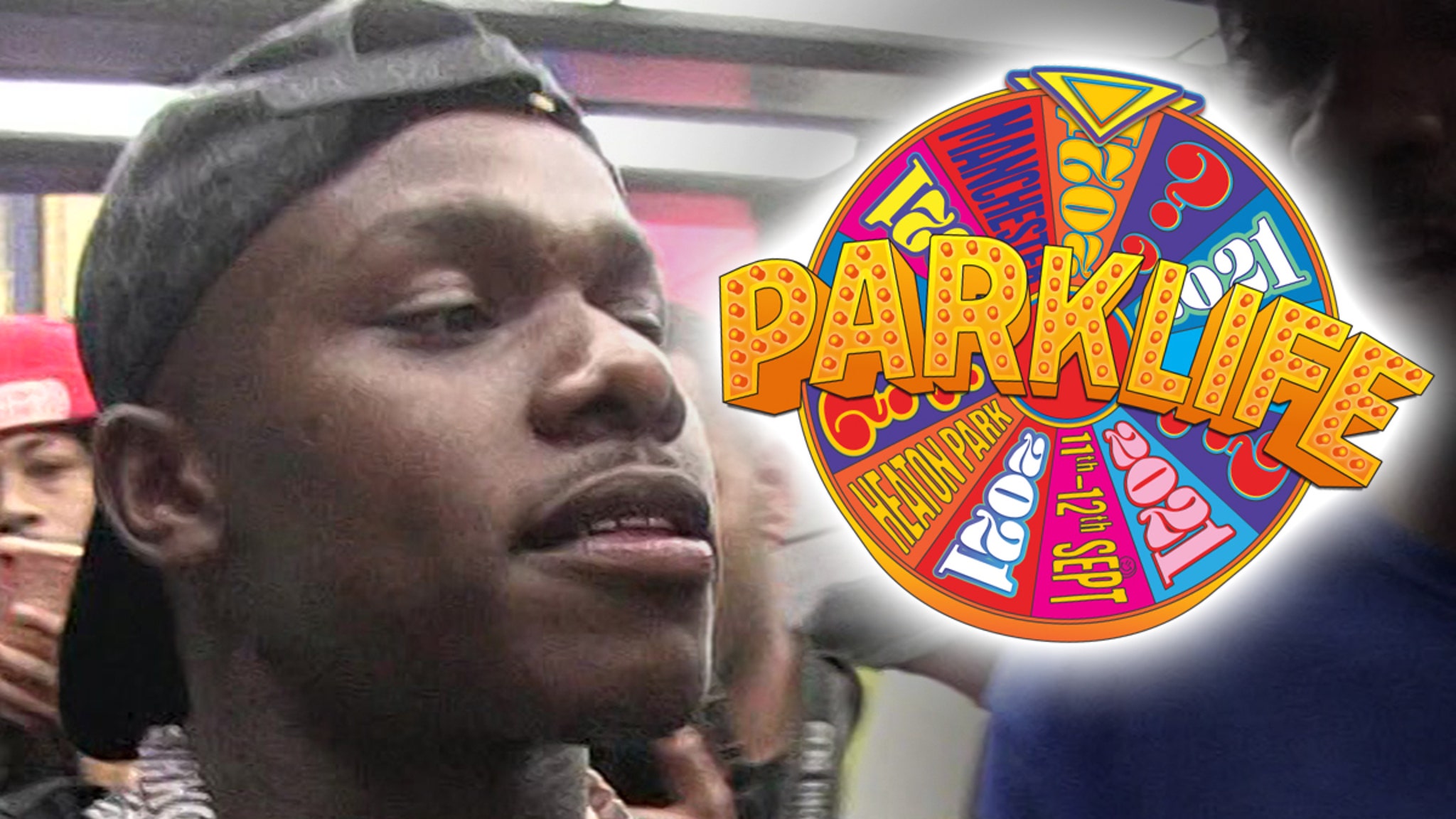 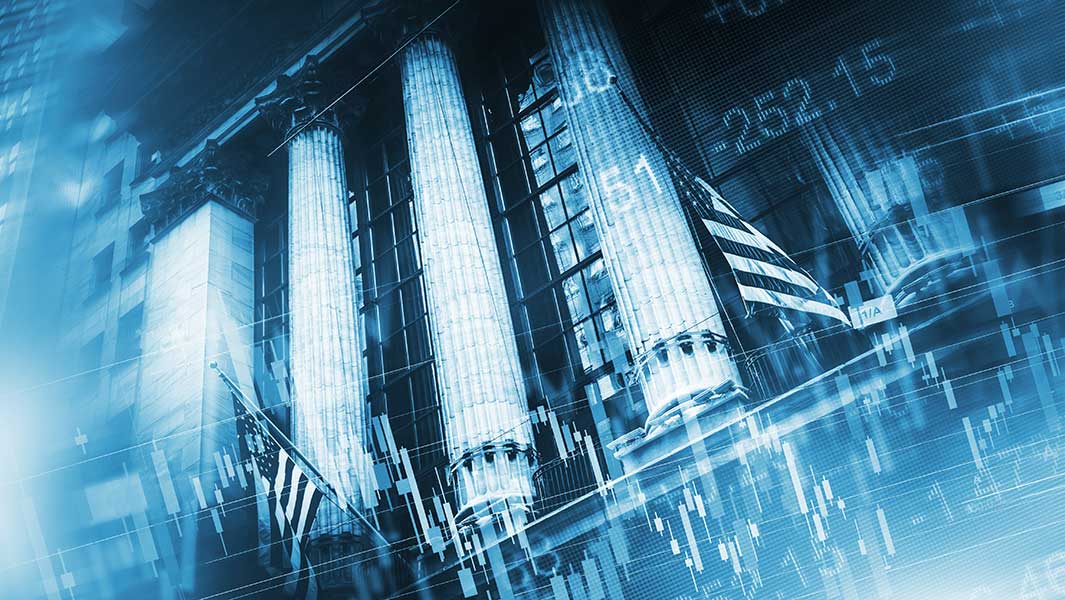 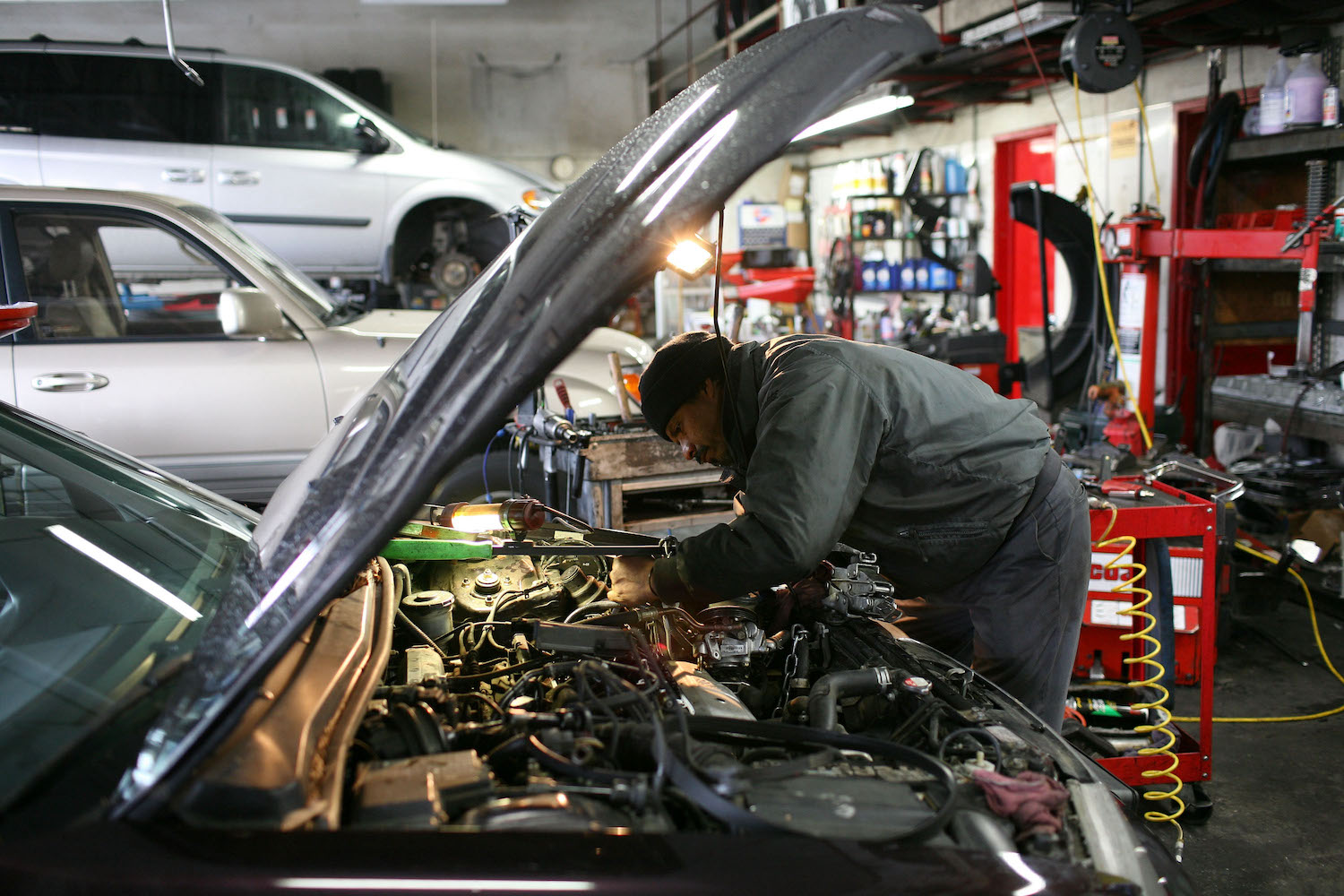 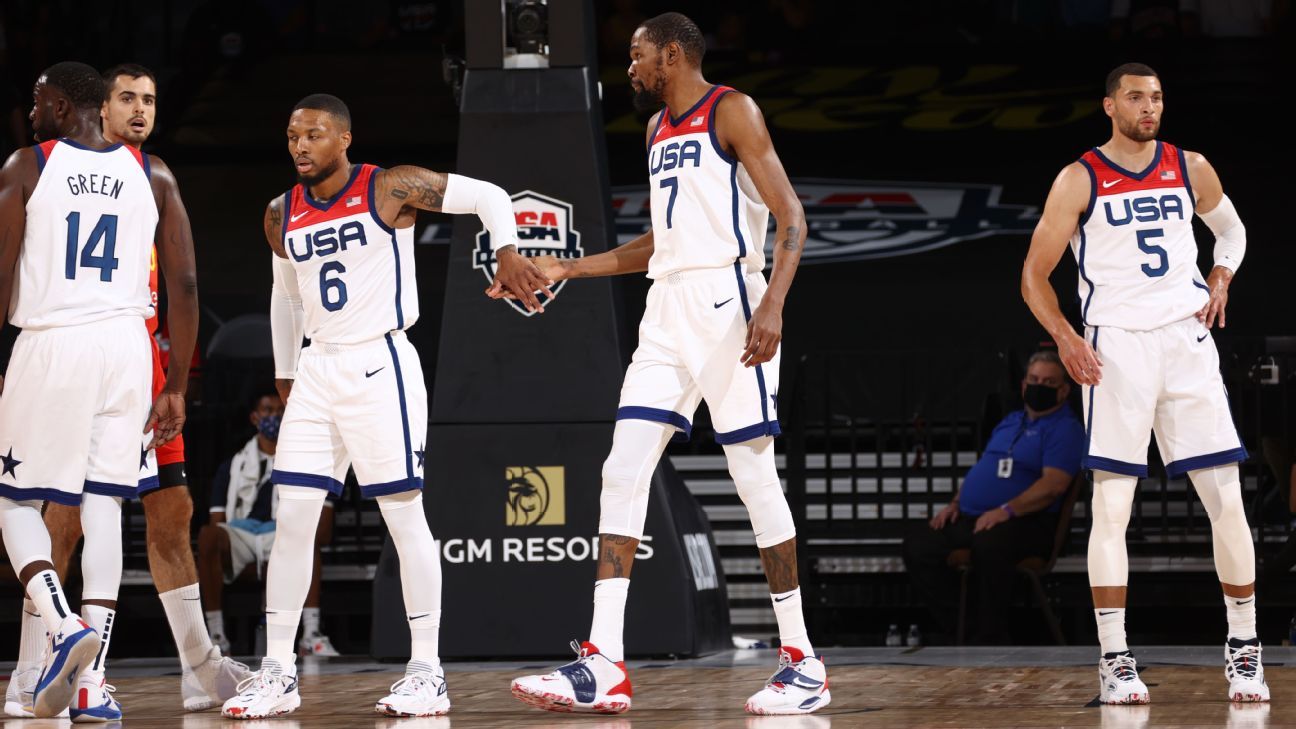