She has insisted she is living out her best life as a ‘single cat lady’ — but Adele has been clocked on a fresh date with Skepta.

The Someone Like You singer, who sported an England shirt to support the Three Lions at the weekend, had tried to put rumours about her and the fellow Mercury Prize winner to bed last year.

But now the Tottenham-hailing duo have been spotted on a ‘cute’ day out together — after throwing everyone off the scent by ditching high-profile Hollywood haunts in favour of bargain-hunting.

Customers at a discount mall near San Bernardino in California said the divorced Rolling In The Deep singer joined the 38-year-old grime star as he mused over discount Prada items.

‘She was sitting watching him while he was picking sweaters, pants, trying on jackets and coats and having the employees help him,’ one shopper told Page Six. ‘She was giving him feedback and saying what she thought he looked great in.

‘It was cute, that just waiting and being a normal girlfriend while he looked. He must have shopped for 45 minutes.’

The 33-year-old beauty — worth an estimated £137million — was also seen fussing over a fellow shopper’s puppy.

Chat about the two music exports was rife last year after they were clocked hanging out in London, where Adele has a mansion, several times.

One date included a night of bowling.

But, in October, the mum did her best to end the talk.

After a stint hosting Saturday Night Live, Adele posted: ‘I’m going back to my cave now to be the (single) cat lady that I am!’

Meanwhile, the slimmed-down pop icon posed in a baggy England shirt to hail the team’s heroic efforts against Italy in Sunday’s Euro final at Wembley.

She wrote: ‘You did us so proud!

‘You brought our game home and brought us all together.’

Is it Baby One More Time for Britney Spears? The star has dropped a big hint amid outrage over her contraception bombshell surrounding her conservatorship.

The pressure was on toyboy Sam Asghari, 27, when Brit posted loved-up snaps of the pair on a hike.

Clinging to her man, the mum-of-two, 39, said he ‘looks like such a dad in these pics’.

Her comment comes after the I’m A Slave 4 U singer told an LA court her love life was shackled by her guardianship arrangement — alleging she has been forced to wear a contraceptive device.

‘I want to have the real deal. I want to be able to get married and have a baby,’ said the star, already mum to Sean Preston, 15, and Jayden James Federline, 14.

‘I have an IUD (intrauterine device) inside me to prevent me from having a baby.

‘I want to go to a doctor and take it out so I can have a baby but (the conservatorship) told me no.’ It is understood that Iranian model Asghari is yet to pop the question to the twice-married Gimme More singer.

Her dad Jamie, 69, who controls her finances, denied forcing her to wear a coil — instead appearing to blame his co-conservator Jodi Montgomery.

Amy Winehouse’s mum insists her daughter’s downfall should not be compared to Britney Spears’s family woes.

Janis Winehouse-Collins defended the Back To Black star’s cab driver dad Mitch — who was previously accused of pushing his daughter in showbiz as she floundered — in a new BBC2 documentary.

Taking the helm of Amy’s legacy ten years after her death at 27, Janis said: ‘You think you know my daughter. The drugs, the drink, the addiction, the destructive relationships. But there was so much more.’

And she insisted Mitch is not comparable to Jamie Spears — who legally controls aspects of daughter Britney’s life.

‘No, no! It wasn’t at all like that. We all do wrong things sometimes, and the easy target was Mitchell. But all of us put in so much effort,’ the pharmacist, 65, told Radio Times.

‘It wasn’t Mitchell’s fault. You didn’t tell Amy what to do. Nobody did.’

She added: ‘She loved her mum and dad and brother, she was loyal to her friends. She was never horrible! When she was smoking or swearing she would always say “sorry, Mummy.”’

Ari’s trip off on right foot

Clog this! After her secret wedding, Ariana Grande shared she and new husband Dalton Gomez have chosen a houseboat for their honeymoon in the Netherlands. The couple posed in giant shoes on their romantic canal trip.

You too? Bono’s son’s a hit

Like father, like son! Bono’s lad Elijah Hewson is heading to the top of the charts, just like U2 used to. His band Inhaler’s debut album It Won’t Always Be Like This was yesterday 7,000 sales ahead of its nearest rival, Olivia Rodrigo’s Sour.

Call it coincidence — but Angelina Jolie and The Weeknd have been spotted on a ‘second date’. The actress, 46, and Blinding Lights singer, 31, were both seen at a private concert by Mustafa the Poet in LA, following their dinner at Giorgio Baldi earlier this month.

Most wives would love their hubby to shift the beer gut… but not Lily Allen. The Smile singer had ‘mixed feelings’ when David Harbour lost weight to play Red Guardian in Black Widow. The Stranger Things star, 46, said Lil fell in love when he was ‘at my worst, physically and hair-wise’. 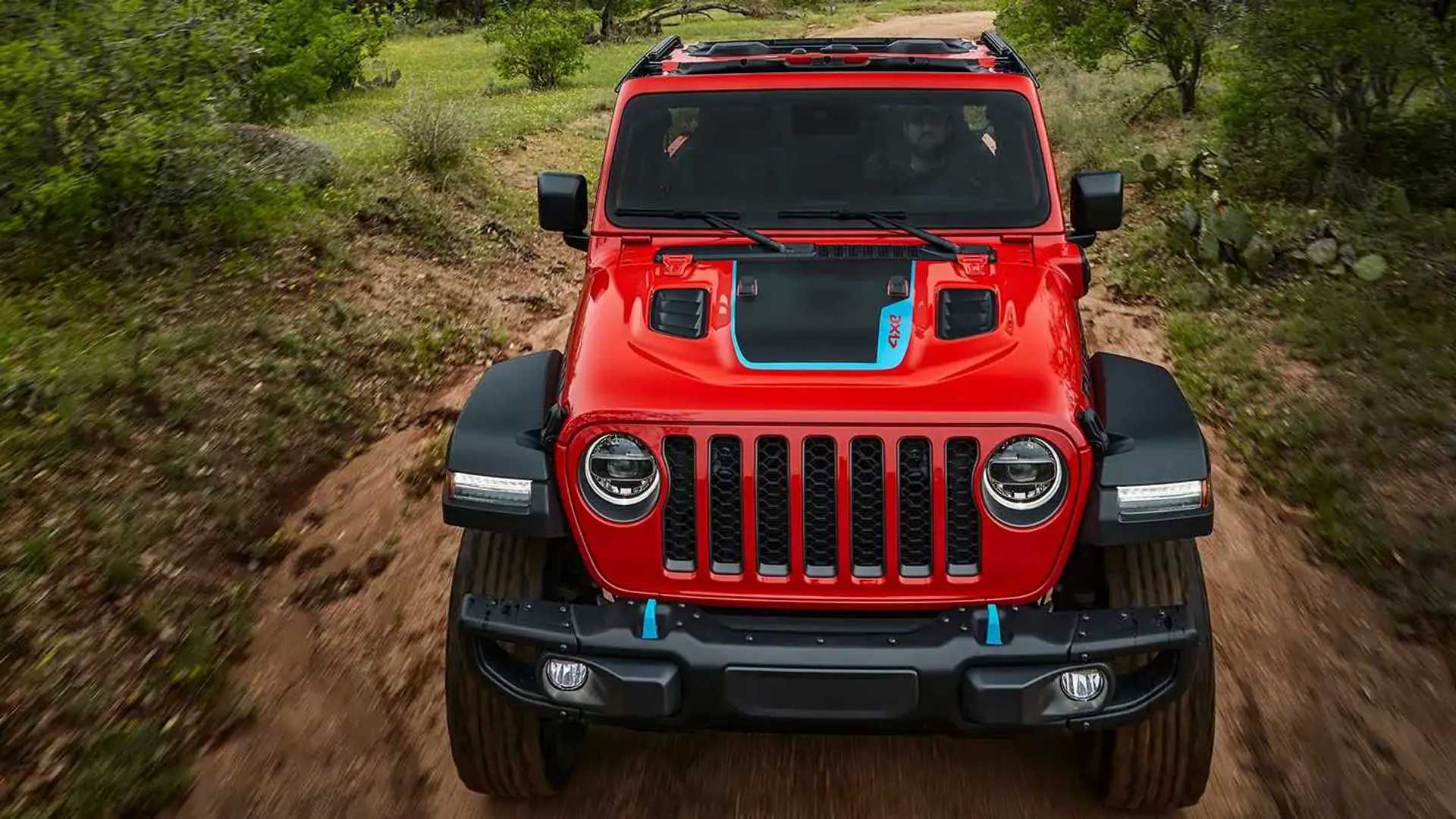 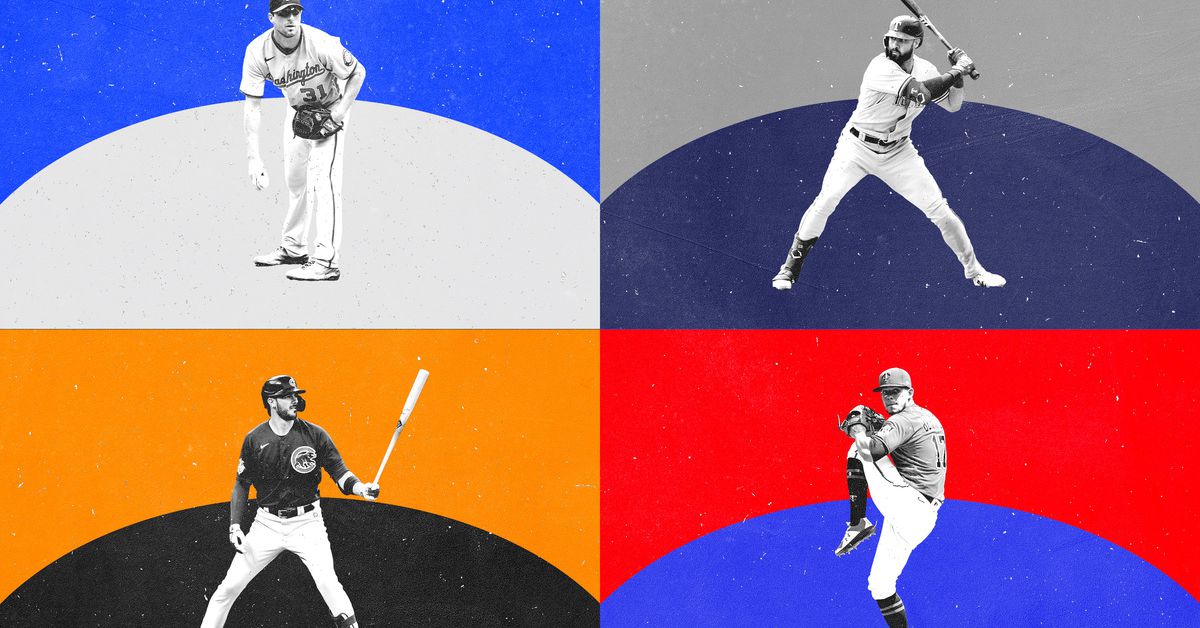