When Jeff Bezos announced that he would be on board Blue Origin’s first manned flight to space, many people were surprised, considering the company has never sent humans into space. Being first might be the ultimate bragging rights, but it’s also risky.

The reason, of course, for Bezos to claim a seat on the New Shepherd rocket on July 20, is because he can. He owns a company that sends rockets into space, and he can afford to be one of the few people who ever get to ride on one of them.

Also, in the race against his fellow billionaires with space ambitions, most notably Elon Musk and Richard Branson, who own SpaceX and Virgin Galactic respectively, Bezos would be first. That’s quite the bragging rights.

Most of us brag about much more mundane things. We hope our neighbors notice we are driving around in a brand new car, or we talk about how well our kids are doing at school, or in sports.

When you’re one of the wealthiest men on the planet, you brag about being the first of your peer group to travel into space. When one of those peers jumps in line, it’s sure to rub you the wrong way. That appears to be exactly what happened with Bezos.

Branson moved up his trip ahead of Bezos to this morning, July 11, at 9 a.m. ET. The bragging rights of being first are a big deal for everyone, it seems.

Of course, that led to a rather petty fight between the two. Blue Origin made a point of highlighting that Branson’s trip wouldn’t count as space flight since it wouldn’t pass the 100 Km Kármán line, which is the commonly used barrier for space in most countries. Branson’s flight will only go above 80 Km.

From the beginning, New Shepard was designed to fly above the Kármán line so none of our astronauts have an asterisk next to their name. For 96% of the world’s population, space begins 100 km up at the internationally recognized Kármán line. pic.twitter.com/QRoufBIrUJ

The company put together a graphic that pointed out the difference in the two trips, reportedly because Bezos wasn’t happy. Going to space is a big deal for Bezos. In his Instagram post announcing he would be going, he explained it was a lifelong dream.

“I want to go on this flight because it’s the thing I’ve wanted to do all my life,” Bezos wrote. “It’s an adventure. It’s a big deal for me.”

Bezos also said he would take his brother and auction off a seat–which later sold for $28 million. Then, this month, he said he would give the fourth, and final seat to Wally Funk, an astronaut who never got to make the trip because she is a woman.

Since announcing he would make the trip, Bezos has gone to quite the effort to raise the profile. Not that it wasn’t already sky-high, if for no other reason than the world’s richest man, who is the Executive Chairman of one of its most important companies, was going to climb on a rocket and ride into space.

Of course, it was a big deal for Blue Origin, which has yet to send any people into space. Climbing onboard doesn’t only raise the profile of the trip, it sends a vote of confidence that Bezos believes his company is at least on par with SpaceX, which has mostly led the private space industry.

That’s also true for Branson, whose Virgin Galactic has been in the space race for years, but is usually overshadowed by the more high-profile companies run by Musk and Bezos. Being able to say that you beat them both into space is a brilliant PR move.

You can see why Bezos might be upset about being upstaged by a fellow billionaire space adventurer. I don’t know if Bezos is secretly seething over the fact that he got upstaged. I think that, if he is, it’s not totally unreasonable. Except, petty anger is almost never a good look.

That’s why Bezos’ public response on Instagram is worth noting.

I’ll take Bezos at his word that even after his company made a point of trolling Branson’s flight, that he’s sincere about wishing Branson luck. He should be.

Even if this fight is between billionaires and their space toys, in the long run, adventure and exploration are good for all of us. And, it’s good for Bezos and Blue Origin. An unsuccessful flight for Branson would certainly put Bezos’ trip on hold. It would be a catastrophe and certainly set private space exploration back years, if not decades.

Bezos might be frustrated that Branson jumped in front of him in line. That said, the thing he needs most is for Branson to have a successful flight and come back safely. It’s in his best interests that the man who will beat him into space, do so successfully.

Recognizing that, and publicly wishing him a good trip is exactly the kind of emotionally intelligent response that any good leader should have. At a minimum, it makes it a little easier to cheer for Bezos and his trip. 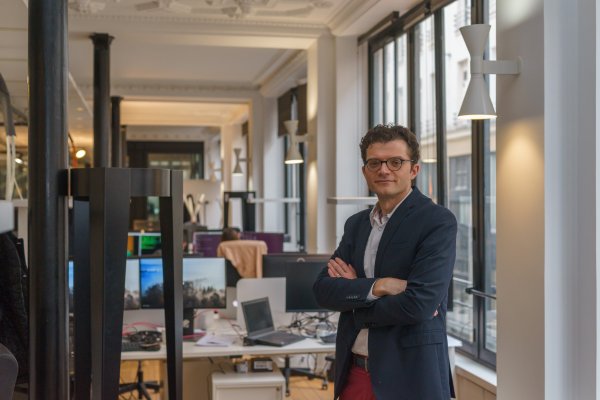