Four decades ago, when the Champlain Tower South condominium was built about a football field’s length from the Atlantic Ocean in Surfside, talk about the impacts from climate change still mostly happened in the cloistered halls of academia.

“I remember a paper that came out. Hal Wanless wrote it in the Journal Sedimentary Petrology, or whatever it was called” said Randall Parkinson, a geologist at Florida International University.

You turn to WLRN for reporting you can trust and stories that move our South Florida community forward. Your support makes it possible. Please donate now. Thank you.

Parkinson was completing his PhD at the University of Miami at the time, where Wanless was a professor in marine geology and geophysics at the Rosenstiel School of Marine and Atmospheric Science, trying to sound the alarm on rising seas.

“It was called, Sea Level Is Rising; So What?” Parkinson said.

The paper was published in 1982, six years before the United Nations convened its influential International Panel On Climate Change, which didn’t publish its first report until 1990.

As investigators piece together what caused the Champlain Tower South to collapse in the early hours of June 24, as most residents slept, Parkinson said they will look into the surrounding conditions and inevitably weigh whether harsher conditions from climate change — flooding, saltwater intrusion, heavier rain, higher temperatures, more intense hurricanes and other impacts — played a role.

“There are periods of time now where the substrate, the soils, the things in the ground are being saturated,” said Parkinson. “These are vast, low-lying areas now subject to the presence of salt water and water. Period. When [the buildings] were built, certainly that was not the case.”

Engineers with the National Institute of Standards and Technology are conducting an investigation and the town of Surfside also hired engineer Allyn Kilsheimer to investigate.

Last week, Kilsheimer recommended the city have older buildings inspected by geo technical engineers, who could look at foundations. He also suggested digging up old geotechnical reports to insure buildings were properly built and also recommended having ground-penetrating radar analyze the concrete and steel.

Parkinson, and other geologists and engineers interviewed by WLRN, were quick to say it’s entirely possible that climate change played no part in the collapse. And it’s likely that there were multiple contributing factors.

An engineer hired by the condominium to conduct a 40-year recertification found a number of problems tied to deferred or poor maintenance. Residents reported balcony doors and windows leaking during hurricanes. The engineer also found cracked concrete on balconies and columns, exposed and rusted rebar and poorly repaired concrete. They also warned that an improperly constructed pool deck over the garage did not drain.

It’s also possible that there were problems with the materials used.

“When you think of failures, I call it, very simply, design failures, material failures and usage failure,” said John Scully, a materials engineer at the University of Virginia who was part of the team that investigated the 2003 explosion of the Space Shuttle Columbia.

Buildings — or nuclear reactors or submarines, which Scully has also examined — can collapse or fall apart because of flaws in the design, because the material failed, or because improper material was used in the construction.

“Maybe [the tower] came out of alignment, the perfect alignment, because of sinkholes or settling of the foundation,” he said. “What does that do to the metal? It puts a little more stress and so they’re under high stress, but it might not be as strong because it’s degrading.”

But could harsher conditions caused by climate change — Parkinson calls it a more hostile environment — have contributed or helped speed up the corrosion?

An Issue ‘Of Great Concern’

A 2020 study, co-authored by FIU researcher Shimon Wdowinski, found that the ground beneath the Champlain had sunk just under a half inch over six years between 1993 and 1999. Those years were used because that’s when the data was available.

The study got a lot of attention after the collapse but geologists say the ground sinks often and in many places. In 1924, the University of Florida pounded a concrete measuring stick into the muck south of Lake Okeechobee to monitor subsidence after wetlands were drained for farming. The ground has since sunk, at varying rates, by more than six feet.

“In the north, the land is actually rising because the glaciers that were there for 15,000 years that pushed down on the crust melted away and the crust is rebounding,” Parkinson said.

He called it an issue “of great concern,” but also said the small rate documented by Wdowinski — and done to provide more insight into regional flooding from sea rise and not investigate the process of subsidence — may have nothing to do with the collapse.

“In South Florida, a subsidence rate of a millimeter or two or three years is very, very small,” he said.

The 2020 study found nothing to foreshadow the collapse.

That kind of subsidence is also something engineers try to account for by conducting geo technical surveys and sinking foundations to the bedrock limestone.

“The limestone is a strong rock and quite capable of supporting large structures,” said Jack Meeder, a retired FIU geologist.

Because limestone is a calcium carbonate, which can also be found in seashells and egg shells, Meeder said it can easily dissolve in freshwater.

“Rainwater, for instance, running through the limestone will cause it to dissolve,” he said.

That’s lead to Florida’s notorious sinkholes. In the 1980s, Meeder investigated a 90-foot deep sinkhole that opened up at the end of a runway just before the Ft. Myers airport was scheduled to open. He found that draining the surrounding wetlands to build the runway had caused the caverns in the limestone to collapse once the water was lowered.

But the sinkholes in Miami tend to be much smaller, he said, and not big enough to necessarily cause a building to shift.

“The caverns that we have are rarely more than a meter high, and oftentimes they’re just barely crawl spaces and they’re not very wide,” he said.

But corrosion is another matter.

To make concrete strong enough to use in high-rise buildings, engineers lace it with steel. The steel is stretched tight and then released from its anchors to put the concrete in compression, Scully said, “where concrete is happiest.”

Corrosion could weaken the steel, which can sometimes be coated with another metal, called the “sacrificial metal,” to protect it. Scully found in some steels, the coating can cause hydrogen to crack the steel.

“In your environment, how long would it take,” Scully said. “So it’s that intersection of the lowering of strength over time and maybe other factors, like the structure [getting] out of alignment.”

He says harsher conditions can certainly speed up corrosion. Steel in pilings can corrode at different rates above and below the water. That makes it difficult to maintain the same level of protection.

Saltier air is another factor. Sea spray can make its way into porous concrete and rust rebar, he said. Also, different metals can be vulnerable to different things.

“So all those things contribute to this weakening of the material,” he said. “Again, it’s a whole sequence of events.”

Materials engineers like Scully look at the kind of environment where the materials are used, like the extreme heat in nuclear reactors or intense pressure in submarines. They then try to calculate the harshest environmental factor that can stress the metal and how long the material can last.

“The hard part, the million-dollar question, is to predict these times,” he said.

Life expectancy of materials can be modeled, he said. But models can’t predict 100% certainty. And with high risk structures, like the submarines or jet engines, he said the testing is more rigorous.

“You analyze the daylights out of it, basically, but in a building like this, it’s more of find it, fix it philosophy,” he said.

That approach and the building inspection process, he said, needs a closer examination.

While climate change may ultimately play no part in the collapse of the Champlain Towers South building, Parkinson said it should still serve as a warning, especially with projections for sea rise, temperature and other impacts from climate change to not just worsen, but hasten.

“All the projections for [carbon], temperature, sea level rise, they’re not a straight line. It curves upward and at a much higher slope or rate for all of those things. This is the early and most docile time,” he said. “So it will take time to adjust.”

And it will take time to implement reforms like the kind that followed Hurricane Andrew and the attacks on the Twin Towers and Alfred P. Murrah building in Oklahoma City. Steel now has to withstand more heat, and concrete more pressure. Buildings are also designed to better withstand progressive collapse.

Disasters are supposed to teach us lessons. Parkinson said the Champlain Towers South, and the victims who lived there, deserve the same lasting legacy.

Control the laws of magnetism with the Flux Original Scientific Toy, on sale for $47 off 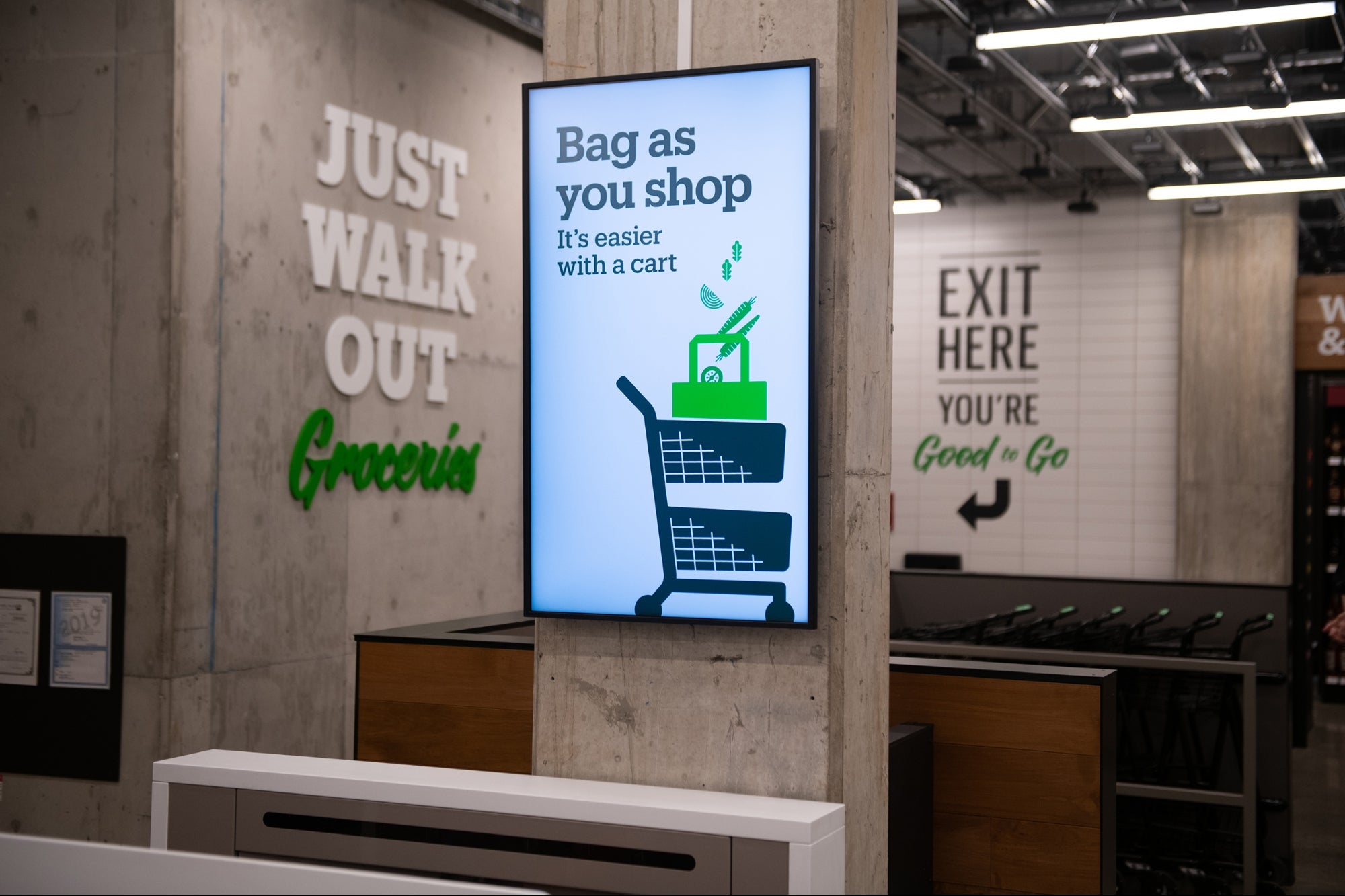 Will Stores Without Cashiers Become Our New Reality?
2 mins ago

Will Stores Without Cashiers Become Our New Reality? 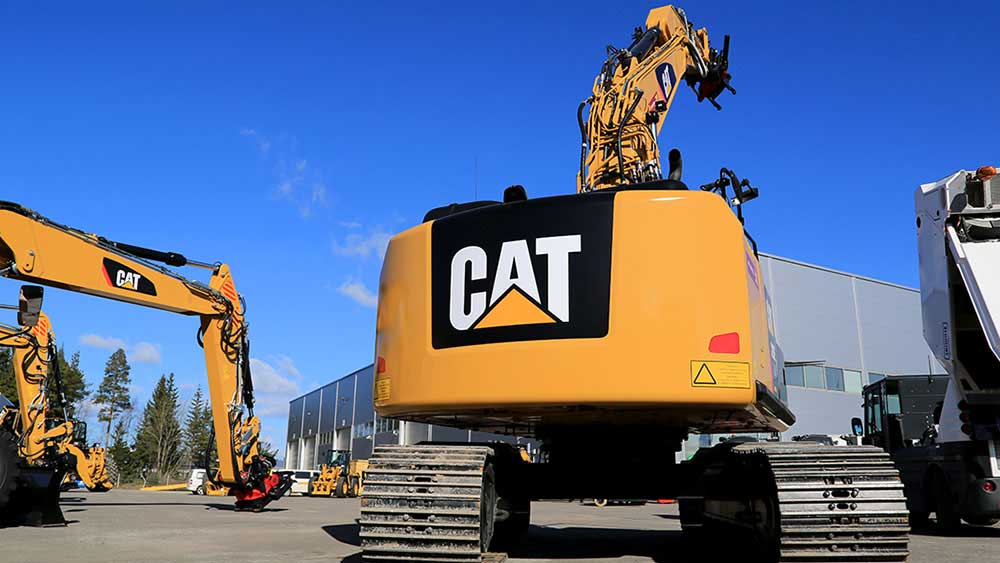