As far as press releases go, the Smart Tire Company’s recent announcement—that its NASA tire technology, used most recently on the Martian rover, Perseverance, will be developed for consumers—was packed with buzz words.

➡ You think tech is badass. So do we. Let’s nerd out together.

And the initial wave of media coverage followed suit. Stories on outlets ranging from TechCrunch and Digital Trends to cycling sites were peppered with hype-y phrases like “space-age” and “cutting-edge technology.” References to mountain biking and gravel riding (which are supposedly similar to Mars?) were common. The accompanying images (yes, we have them in this story as well) featured prototype tires on a sleek aerodynamic triathlon bike, which further fed the impression that Smart’s METL tire is for performance.

So next year, are we all going to ditch our old rubber in favor of flat-proof chainmail? Not exactly.

Smart’s tire is indeed revolutionary. And it could solve a significant problem for many cyclists by eliminating flat tires. But even if it launches on time in 2022, it’s not going to be at events such as an Ironman, Paris-Roubaix, or Unbound Gravel—and it may not ever be. And that’s just fine, because its biggest potential isn’t in performance bikes.

How Does the METL Tire Work?

The product name is both a play on words and an acronym: Martensite Elasticized Tubular Loading, which is a fancy way of saying a superelastic metal. The base technology is an alloy called Nitinol, which itself is an acronym of sorts referring to its two primary elements, nickel and titanium, and where it was invented: the Naval Ordnance Laboratory, in 1959 (so, yeah, technically space age, if very Space Age 1.0).

Nitinol is actually “a huge range of alloys, the base of which is always roughly 50-50 nickel and titanium, with trace amounts of other elements,” Calvin Young, Smart Tire Company’s mechanical engineer and primary creator of the tire, told Bicycling.

Nitinol is a shape-memory alloy: you can pull a paper clip made of Nitinol completely straight, but it will re-form its original shape when heated. The exact mix of the alloy’s base elements determines things like the temperature at which the shape-memory reset occurs.

But the key to Nitinol’s use as a tire is actually in its other property: superelasticity. Think of that as the flip side of shape memory. Superelasticity means that, above the transformation temperature, the alloy will always spring back immediately; it’s a spring that never loses its springiness.

Smart’s tire is made of Nitinol wire, wound into springs that are then woven together in a chainmail-like mesh, to provide a lattice-like support structure that flexes just like a rubber tire. There’s no air needed to retain its shape, so it’s entirely flat-proof. Young said that you’ll destroy a rim before you’d damage the tire. The alloy itself, he claims, “is virtually indestructible.”

Because the metal structure holds the shape of the tire, the only reason you need rubber at all is for grip, as tread on the contact patch, and a thin layer on the sidewall to prevent debris from getting in. Instead of conventional synthetic rubber, Smart will use a proprietary material it calls Polyurethanium, but Young wouldn’t disclose what it is or what properties it would have for grip and durability, except to say that the company was targeting tread life similar to conventional tires. When it wears off, the metal tire could be re-coated and theoretically last forever.

But Can the METL Tire Work?

That all sounds super cool. But there are a ton of questions to answer before Smart gets to a marketable product. Conventional pneumatic tire technology is over 130 years old, and it’s never been bested because, well, it works really well here on Earth. (NASA needs a metal tire for extraterrestrial vehicles because rubber would crack and fail in the ultra-cold temperatures found on other celestial bodies.)

And ordinary pneumatic tires have a major head start on refinement, too. Think about what matters in a tire: ride quality, grip, rolling resistance, durability, and weight. A conventional tire achieves those attributes through a combination of tire size and volume, inflation pressure, casing material and construction, rubber compound, and tread pattern. Smart essentially has to re-invent all of that in context of its new technology.

The company’s prototype is said to mimic the ride of a conventional 700c clincher tire at 100psi, but there are a ton of caveats there that aren’t addressed, like coefficient of rolling resistance and how to vary the tire’s stiffness to produce a similar ride feel for riders of different weight.

“We haven’t totally fleshed those issues out yet,” Young said, adding that the company is researching a predictive analysis that will let it adapt the wire gauge, spring weight, and other factors to tune attributes “so that we don’t have to guess and check (each design) every time.”

How tread patterns would be incorporated—via Polyurethanium blocks, or some topographical relief in the structural Nitinol wire weave itself—is TBD.

There’s an even more basic challenge. Think about how you install clincher or tubeless tires: you stretch a deflated tire over a rim sidewall and then seat it by inflating the tire; pressure holds the tire bead on the rim. But METL is essentially always inflated, so installation would be like fighting to push a fully inflated tire onto the rim.

Young said the prototype tire is mounted to a tubular rim for demonstration purposes. “We hope to be backward-compatible with clincher” rim tech, he said. “It’s an outstanding problem we’re working on.”

Where Will the METL Tire Work?

All of that points to what Young freely admitted: the first and likely best application of the technology for bicycles isn’t road or gravel or mountain bikes. It’s bikeshare and other fleets.

The big benefit of the METL tire is that it’s flat-proof, and eliminating all flats would be a huge benefit in fleet applications. Bikeshare users are far less sensitive to ride-quality issues than enthusiast cyclists are, which gives Smart a better opportunity to roll out a product and use it refine attributes like rolling resistance and tread life. Smart already has an agreement in place with micromobility company Spin to develop the technology for scooters.

While flat-proof scooter and bikeshare tires would be a huge boon to the micromobility industry, even that pales in comparison to the market for four-wheel vehicles. Given all that, why did Smart target bikes as a first application? Young, who is a cyclist, said he originally created the tire during a NASA internship as a passion project, without an eye to commercial application.

“But from the company’s perspective, bicycles are an easy introduction to the transportation market,” he said. In other words, bikes are a low-stakes way to prove the concept, and the applications expand from there.

So, what are the chances the company meets its stated early 2022 deadline? Tech is famous for startups that hype an idea that never makes it to market.

“This is not something that’s 10 or 20 years out,” Young said. “This technology exists and it’s a matter of applying it to the bicycle market and introducing to consumers. It’s extremely reasonable to see these on the streets on a common bike within a couple of years.”

But if you want to spot one, don’t look on a group ride or at the trailhead; hit your local bikeshare instead. 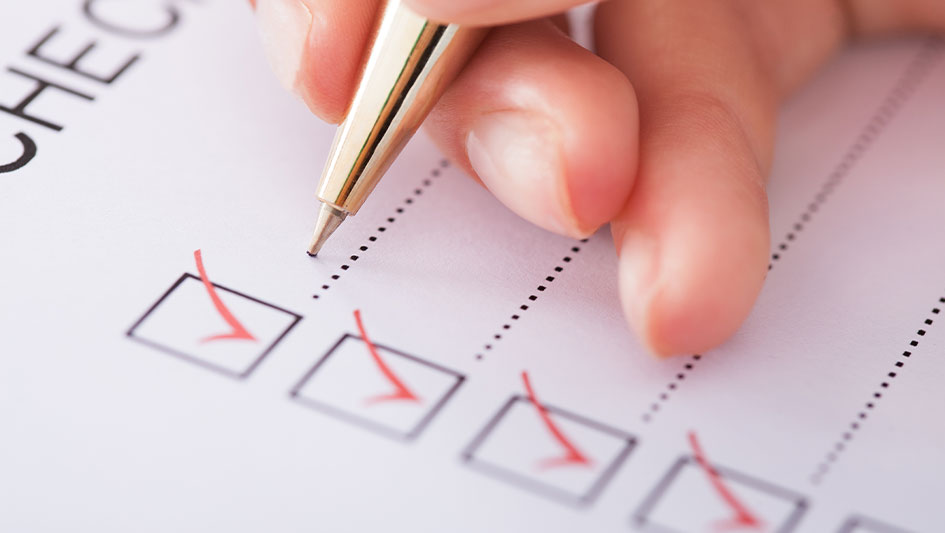 What Is Return On Equity, And Why It Can Help You Find Winning Growth Stocks
2 mins ago

What Is Return On Equity, And Why It Can Help You Find Winning Growth Stocks 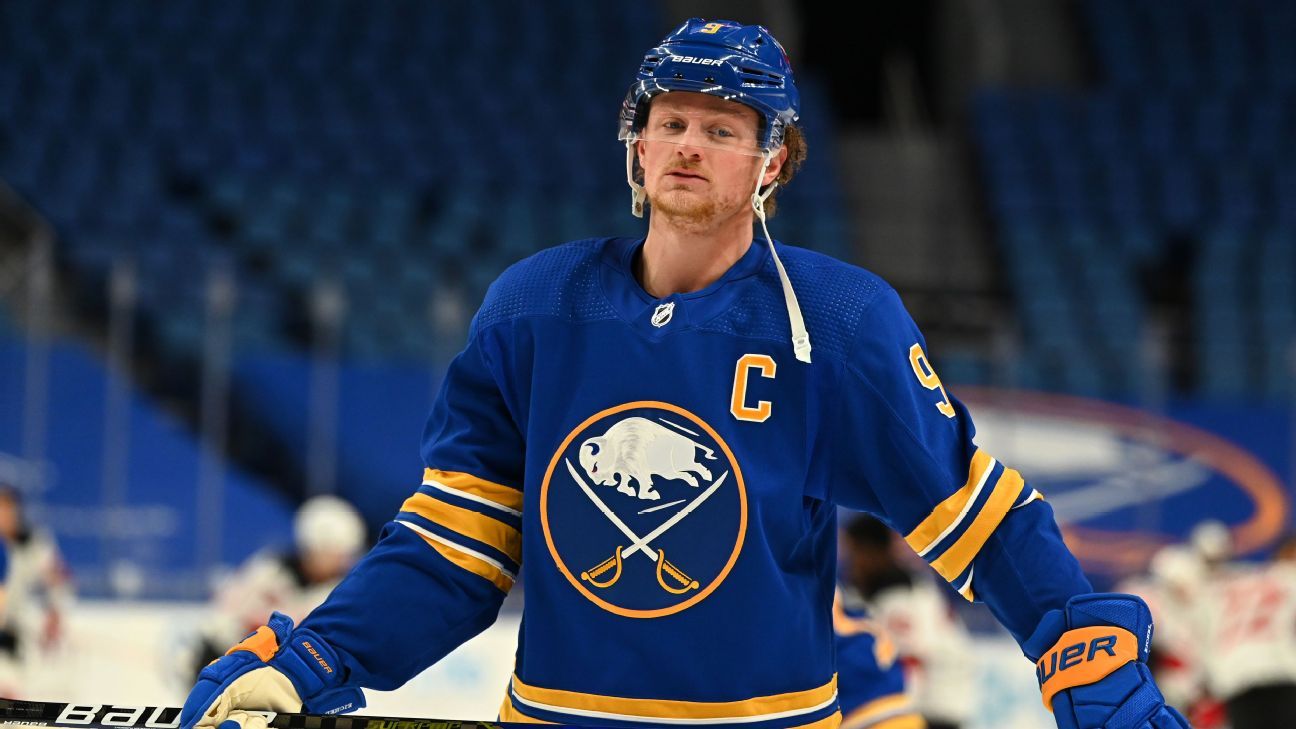