In Congress, pretty much everything moves at a glacial pace. But legislation targeting the market power of large tech companies is picking up an unusual amount of bipartisan momentum.

After nearly two years of investigations into Amazon, Apple, Facebook, and Google, the House Judiciary Committee pushed through a package of six bills last month that would force these companies to unwind anti-competitive mergers and make the data they obtain on users more portable, in an effort to spur greater competition in the market. The package was surprising in its size and scope, but even more surprising — it was bipartisan. Colorado Rep. Ken Buck, the top Republican on the antitrust subcommittee, played a large role in building that coalition, which has put him at the leading edge of Republican tech policy.

On June 30th, The Verge met with Buck in his office on Capitol Hill for a brief interview in between House floor votes. We discussed last month’s markup, the congressman’s relationship with the rest of the Republican caucus, and how he’s “very lonely” up in his office where tech lobbyists purportedly refuse to visit.

This interview has been edited for length and clarity.

What was your initial reaction to last month’s markup?

Tired, tired. Twenty-nine hours was a lot of time. I thought there were some really good ideas. And as I said from the beginning, this is a starting point and this is how the legislative process should work. We did an 18-month investigation. We drafted bills. We floated them to members. We filed them. They were available to members. In fact, I sent them to all the Republican members on the committee. And then we moved forward with a process with people who had different ideas. I thought it was a very positive process.

Some of the ideas were just poison pills that were designed to cause division, but most of the ideas proposed in amendments were really positive, and those bills will change again before they hit the floor.

Last year, you authored your “Third Way” report detailing the ways in which you disagreed with the majority’s solutions. Can you describe your evolution from authoring that report to supporting the Democrat-led measures last month?

The bills we presented take a scalpel to the issues that are necessary. What we’re trying to do is slow the monopolization of these four companies in the marketplace to encourage competition. We required the burden to flip on mergers which would slow down the growth of these companies, but at the same time we talk about portability and other things that would encourage competition.

Thinking back from the investigation and pushing for this effort to be bipartisan, what were those conversations with members like?

My evolution from the very beginning was that the market will take care of this. Throughout the investigation, I saw how these companies are acting. I was very concerned and I realized we need to do something. But we don’t want to have the unintended consequence of shutting down the economy and hurting airlines and banks and all the other sectors that do have competition.

I think the bills are consistent with the Third Way report. But I also said, I’m opposed to overturning the American Express case. I pointed out some areas that I thought were bad policy in the report.

We heard from Speaker Pelosi that she supports the measures and wants to move forward. But a couple days later, Minority Whip Steny Hoyer said that they need more work. How long do you see this process taking and what needs to get done to prepare these bills for the floor?

We take the ideas from the members in the markup. We work on the bills and probably after the August recess, we send the bills out to members again. And those will be managers’ amendments that will move forward with the floor vote.

In the markup, we saw some California Democrats oppose the bills over privacy concerns.

And the California Republicans, too.

Right. Do you think privacy has a place in these bills?

Yes. The Section 230 censorship issues are under the jurisdiction of the Energy and Commerce Committee. The issue of privacy, I think in some areas, is in the jurisdiction of the Judiciary Committee. The way to encourage privacy is to have competition in the marketplace and allow competitors like DuckDuckGo to say they won’t sell our data and you can choose to use that search engine. Or you can use Google’s search engine, and on page 23 of their user agreement, you can agree to allow them to sell your information.

The consumers will demand that privacy be taken into account, and some of them don’t care. Some of them do, but the marketplace will address these concerns.

How do you implement that? That’s the problem. You don’t want government coming in and saying this kind of speech is not something that you can sell. There is cybersecurity privacy, where we absolutely want to protect from Russian hackers or whoever’s out there. But there’s also the privacy an individual decides to give up. That’s an individual right.

“What Big Tech wants is to run the clock”

You’ve mentioned in the past that these bills are just the first step in taking on Big Tech. Many members of your caucus seem to disagree. I listened to Rep. Jim Jordan (R-OH) try to force Section 230 reforms into these bills. How do you plan to meet these requests from other members as you move forward?

Section 230 is another committee and Rep. Cathy McMorris Rodgers (R-WA) is working on that. I think that Jim has a lot of good ideas that I will support, but they just don’t belong in these bills.

The Democrats aren’t going to pass these 230 reforms. The Republicans who are opposed to these bills want to add it to the bill so the Dems don’t vote for it. And that’s not going to happen. What Big Tech wants is to run the clock. If they can get to the end of this Congress and if Republicans are in charge who don’t like these bills, these bills will never hit the floor. This is the opportunity to get this passed.

Jim has been a hero of mine for years, and I love the guy. We disagree about an issue. I don’t go to motive at all with Jim. I just think he and I see this issue differently. He’s been very respectful of me and in different groups that we’ve talked in and I try to be as respectful as possible.

How do you see these moving forward in the Senate?

The likelihood is that you get most Democrats and some Republicans to get over that 60-vote margin. I think there will be some Republican opposition in the Senate. I actually think the Senate works much better in terms of collegial communication than the House does. They’ll be working through these issues in a healthy way.

But you’re optimistic we’ll see these bills approved over the next few years?

What has the lobbying effort been like with these big tech companies?

I hear secondhand what it’s like. Nobody bothers coming in and talking to me. I’m very lonely. I love interviews like this because the reality is that the Big Tech people know this is not a friendly forum.

What’s your take on the court throwing out the Federal Trade Commission’s complaint against Facebook last week?

What is your opinion on Lina Khan? She’s already moving forward with an aggressive antitrust agenda as FTC chair, and the conservative commissioners seem to think she’s overreaching.

The challenge is she doesn’t have a voting record. It’s hard to identify her in any particular group, which is good and bad. I look forward to working with her. I’ve had conversations with her. I think she is supportive of what we’re trying to do here. I have stressed in conversations that it’s essential that the FTC work in a bipartisan manner to reinforce the bipartisanship that’s coming out of Congress.

Do you think the FTC and the Justice Department will be strong enough to take on these companies without this legislation being passed?

Updating laws that are more than 100 years old is really important. We have to amend the laws to appropriately address this issue. The lightbulb hadn’t even been invented when the Sherman Act was passed in 1888. To think that you can click on a computer screen and get something delivered the next day is completely different. The laws have to be updated in order for law enforcement to be effective. It’s a constitutional issue. 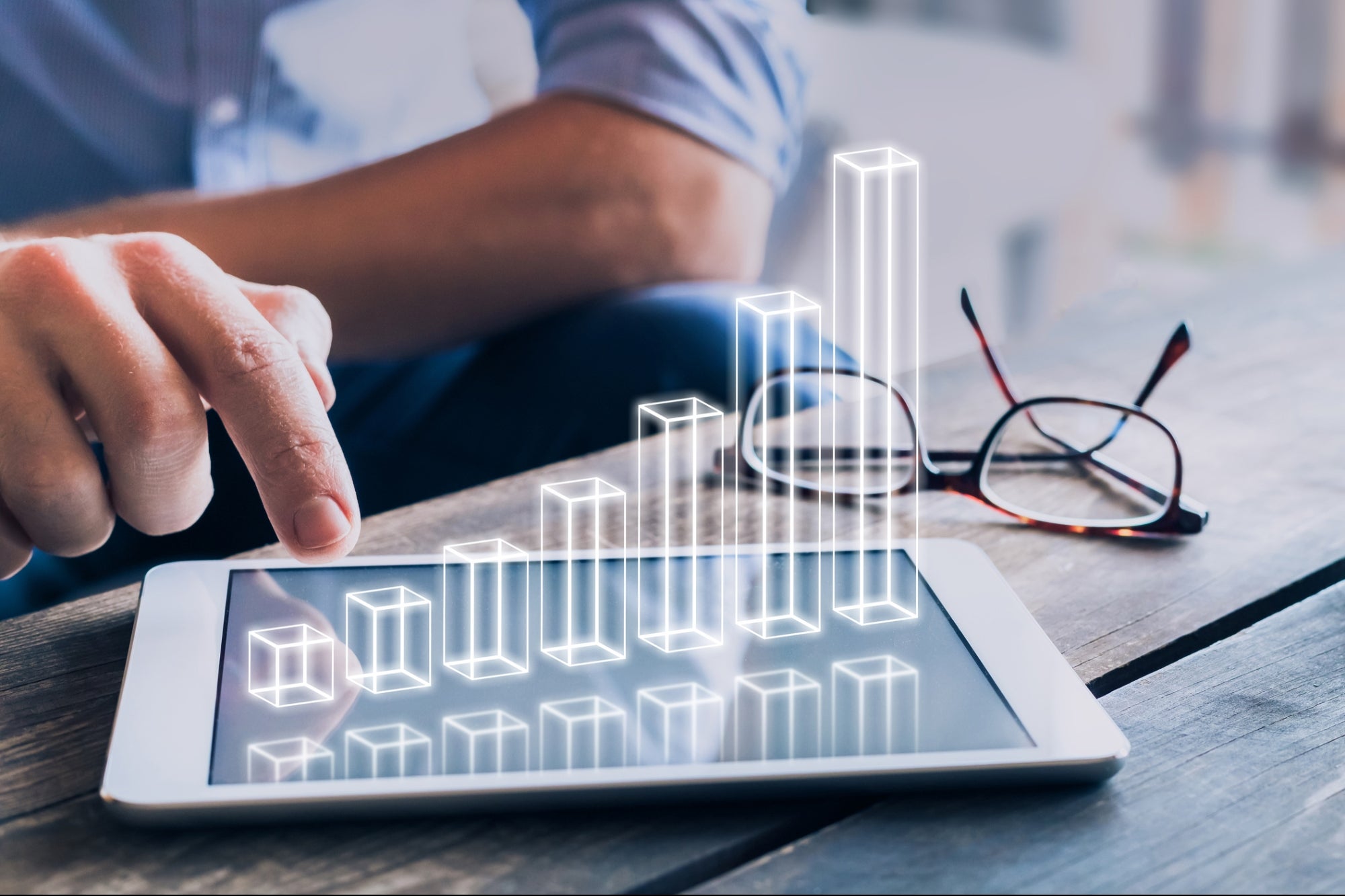 Don’t Forget Branding as You Look to Grow Your Business