The England Football Association have announced an investigation into the security breach at Wembley Stadium which saw hundreds of fans gain access to Sunday’s Euro 2020 final between England and Italy without tickets.

Italy beat England 3-2 in a penalty shootout to lift their first Euro trophy since 1968.

Supporters gathered all day along Wembley Way to mark England’s first appearance in a tournament final for 55 years, but scenes turned nasty in the hours before kickoff as pockets of fans stormed the outer perimeter.

Videos quickly circulated on social media of individuals breaking through entrances and turnstiles to enter the concourse before making their way into the arena, which had a restricted capacity of 65,000 due to COVID-19 regulations.

However, at kickoff, supporters were seen standing in the aisles as stewards struggled to contain the crowds and although the situation was rectified in some parts of the ground at half-time, eyewitnesses have reported incidents of young children crying and families displaced from their seats.

A UEFA investigation is expected to follow, but on Monday the FA released a statement which read: “We will carry out a full review and investigation into the events that took place at Wembley Stadium before and during the UEFA EURO 2020 Final. This will be done in collaboration with the Police, the Greater London Authority, the Safety Advisory Group and the tournament delivery stakeholders.

A large group of fans appear to breach the outer perimeter barriers around Wembley before Euro 2020 kick off.

“Security and stewarding numbers for the UEFA EURO 2020 Final exceeded the requirements for the match and were greater than any other previous event at Wembley Stadium. However, the behaviour of the people who illegally forced their way into the stadium was unacceptable, dangerous and showed total disregard for the safety and security protocols in place.

“No steward or security staff should be subjected to this type of behaviour and we thank them for their support on the night. We also apologise to anyone at the match whose experience was affected by this unprecedented level of public disorder.

“We will continue to work with the relevant authorities to identify and take action against these people where possible.”

FA chief executive Mark Bullingham added: “We will do a full review and we will work with the police to catch anyone involved and make sure we can prevent it ever happening again.

“Anyone caught will obviously be banned and have the right action taken against them. There were a large number of drunken yobs trying to force their way in. We run a stadium, not a fortress.

“We have got a fantastic security team at the stadium and they had never seen anything like it. I have to apologise to any fans whose experience was affected and any of the team who had to cope with this.”

The Metropolitan Police said they had made 49 arrests connected to the incident and that 19 of its officers were injured as they confronted “volatile” crowds.

Some information from Reuters was used in this story.

‘3Dfx’ account suggests the company is returning, but it’s almost certainly a fake
5 seconds ago 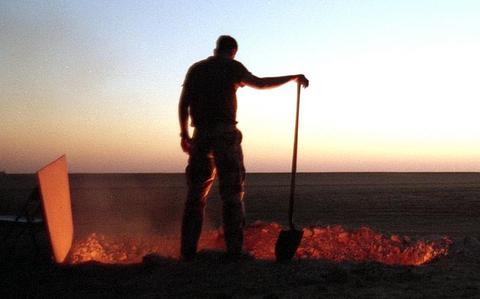 30 HBO Shows to Add to Your Queue, ASAP
8 mins ago

Dodge Says It Won’t Make Electric Cars, It Will Make eMuscle, Which Is Somehow Different, but Not Really | MotorBiscuit
11 mins ago