ASHBURN, Va. — When fellow actors are introduced to former NFL tight end Vernon Davis, the greeting ends with the same three words: “… the football player.” He gets peppered with questions about the NFL, then they move on. It’s understandable, considering he played more than a decade in the league and is relatively new to acting. His past serves as a good icebreaker; it’s also a topic Davis hopes someday is retired.

Considering how productive Davis has been in his short time out of the NFL, that day could come sooner rather than later.

“Over time I’ll probably show up in so many projects that people will get used to seeing me as an actor and forget about me as a player,” he said in a recent podcast. “I think about watching Terry Crews and The Rock [Dwayne Johnson] and you see them and you don’t think about them as athletes, because you see them in so many different projects. That will probably happen with me.”

There’s good reason for Davis to think this way. He retired from the NFL after the 2019 season following 14 seasons and 583 catches with the San Francisco 49ers, Denver Broncos and Washington Football Team. Since then, Davis has acted in movies starring Bruce Willis, Luke Wilson and John Malkovich.

Davis has acted in five movies, with three others scheduled to start shooting soon. He founded two production companies — Reel 85 and Between the Lines Productions — and invested in a third, The Melanie Group, which operates out of Fitzgerald, Georgia.

He was also recently a judge for Fox’s upcoming reality series “Domino Masters.”

“It’s just fun,” Davis said of this line of work.

Davis has two films with Willis scheduled to be released in February 2022 — “A Day to Die” from Vertical Entertainment and “Gasoline Alley,” which also stars Wilson, by Saban Films. Another film “The Chariot,” with Malkovich, doesn’t have a release date.

Three more also are in post-production: “Red Winter” with Rockmond Dunbar, “A Message From Brianna” and “Dear Best Friend.” Davis will also appear in six episodes of “The Rich & The Ruthless” on BET and host the Season 36 reunion of MTV’s “The Challenge.”

He’s also making up for lost time. It’s not as if Davis didn’t act before he was retired. He was in three movies and appeared in four TV shows during his playing days (shooting the roles in the offseason; he wouldn’t discuss acting in-season). He started taking acting classes early in his time with the 49ers. But compared to his acting colleagues, he is inexperienced.

“Initially when I first met Bruce and I’m on set just watching him, I’m like, ‘Wow, this is crazy,'” Davis said. “You feel intimidated a little bit, but after a while you warm up and it’s like, ‘I’ve been here before.’ It’s like walking into the NFL — you see all these guys you’ve seen on TV. … I feel like a rookie coming in watching these guys.”

All this work in a short time has helped Davis mature in his second career.

“He’s grown leaps and bounds,” said Alex Kane, who founded TMG. “He was stiff, very stiff, coming in two years ago. He has become a real actor; his insecurity has gone down. He’s learned to play with the camera. He came from structure — how to run your route, how to lift, how to wear your uniform — to a free-form industry. It’s difficult for an athlete to accept there is no right or wrong, only what works or what does not work.”

Davis wants to keep expanding his reach as an actor. He plays a bouncer in “Gasoline Alley” and a character who takes care of zoo turtles and has telekinetic powers in “The Chariot,” a comedy science fiction film. To prepare for that one, he watched “Edward Scissorhands” and “The Green Mile” to embody their spirit. He played a villain in “Dear Best Friend.”

Sometimes, Kane said, he’ll tell Davis to flaunt his 6-foot-4, 235-pound frame if it’s a romantic role. Other times it’s about the art.

“Look how [The] Rock balances muscle with quality,” Kane said. “Vernon is in the process of trying to find that balance.”

Not to mention bringing his football mindset to his films. Davis said he’ll break down scripts and work on his behaviors — how to look more angry, happy or sad. Davis has worked on not blinking, so his eyes aren’t a distraction.

Adam Sigal, who wrote and directed “The Chariot,” said he was skeptical about casting a football player in what he described as a quirky independent film. Then, he met Davis.

“Vernon told me that even though he’d played football and loved it, he felt like an actor who happened to be a great athlete,” Sigal said. “He was very passionate about the material and worked incredibly hard on the bizarre character he was playing. He was amazing on set, took direction well and brought a lot of himself to the character.”

Davis doesn’t plan to slow down. Kane said they’ve talked about the path Davis is traveling by getting involved with production companies. Their TMG company has shot multiple films in Fitzgerald, including “Gasoline Alley.” Davis has acted in two of TMG’s movies and will have a role in others, whether it be acting or producing.

“He’s taking the path of [Brad] Pitt and [Mark] Wahlberg,” Kane said. “He’s not an aloof actor waiting for Hollywood to anoint him, but he’s being his own man and partnering with someone and has a plan to create the brand you want. He does understand the value of how Wahlberg and Pitt did it and what they control, because they need to come across a certain way for fan bases. Vernon has that going for him. He’s already on a trajectory of [The] Rock or a Wahlberg because he can dictate what he’s going to do.”

That’s the plan, sort of.

“I would love to do some of the same things [The] Rock is doing,” Davis said. “I like his work ethic … I know what I’m doing and where I want to be. I can see it.”

Why U.S. Advice on Wearing Masks Became ‘On Again’

The Ectomobile Is Back and Better Than Ever in ‘Ghostbusters: Afterlife’ Trailer
2 mins ago

The Ectomobile Is Back and Better Than Ever in ‘Ghostbusters: Afterlife’ Trailer 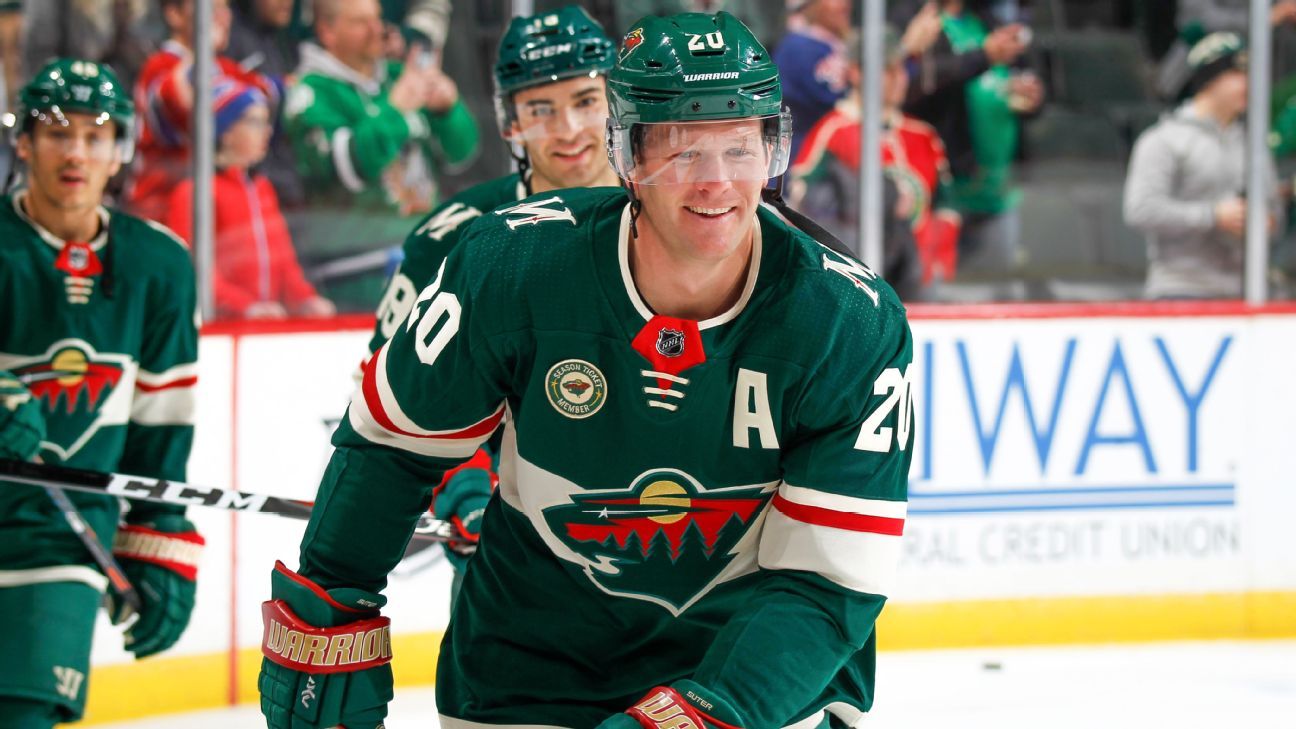 Hurry! Up To $150 Off Gaming Monitors at Dell Today | Digital Trends
4 mins ago

Hurry! Up To $150 Off Gaming Monitors at Dell Today | Digital Trends 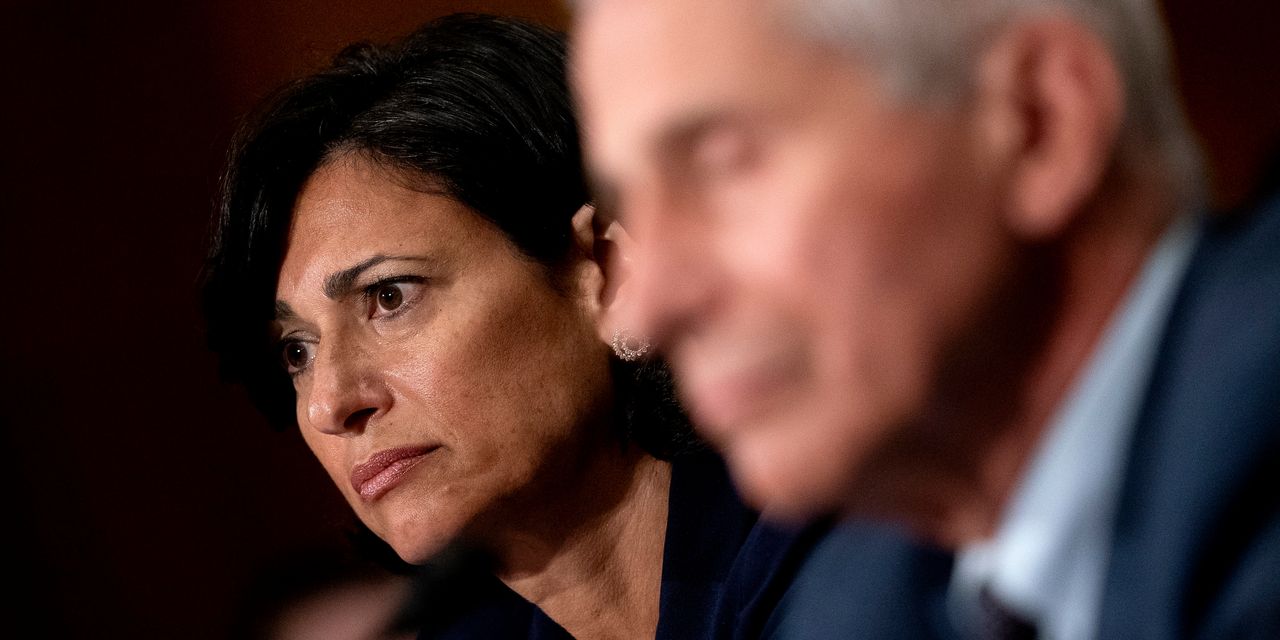 CDC head takes to the airwaves to sell change on face masks, as delta variant of SARS-COV-2 spreads to 132 countries
5 mins ago

CDC head takes to the airwaves to sell change on face masks, as delta variant of SARS-COV-2 spreads to 132 countries