OMAHA, Neb. — Houston Harding and Preston Johnson combined on a four-hitter, and Mississippi State capitalized on struggling Vanderbilt pitching in a 13-2 victory Tuesday night that forced a deciding third game in the College World Series finals.

It was Vandy’s most lopsided loss in its 29 all-time CWS games. Mississippi State hadn’t won so easily in Omaha since beating Georgia Southern 15-1 in 1990.

Like Game 1, when Vanderbilt scored seven first-inning runs on its way to an 8-2 win, this one was over early as Mississippi State broke things open with a four-run third inning.

Game 3 will be Wednesday night. The Commodores will be going for their second straight national title and third since 2014. The Bulldogs will be playing for their first championship.

The start in this one was delayed two hours because of rain, but that didn’t dampen the enthusiasm of another pro-MSU crowd that included Dallas Cowboys quarterback Dak Prescott in a pinstriped “State” baseball jersey. Former NFL QB Jay Cutler and Commodores men’s basketball coach Jerry Stackhouse were on hand representing Vandy.

The Commodores issued a season-high 10 walks, including three in a row by 17-year-old starter Christian Little (3-2) that fueled Mississippi State’s big fourth inning.

The Bulldogs turned an error into a run in the first, and the decisive third inning started with shortstop Carter Young fielding Tanner Allen’s grounder but being unable to get the ball out of his glove. It was scored a hit but seemingly should have been an out — and was a sign of things to come.

Little’s three straight walks forced in a run and brought on reliever Patrick Reilly. Scotty Dubrule’s hard comebacker deflected off Reilly’s leg and scored two runs, and the Bulldogs got another on a bases-loaded wild pitch.

Mississippi State scored five times in the seventh to push its lead into double digits.

The Bulldogs finished with 14 hits, with light-hitting shortstop Lane Forsythe leading them with three hits out of the No. 9 spot after going 1-for-11 in his first five CWS games.

Johnson (4-0) allowed two hits and struck out seven in five innings of relief of Harding.

Prescott, Mississippi State’s two-time All-SEC quarterback in 2014-15, got big cheers during an in-stadium interview when he gushed over a Bulldogs fandom that far exceeds Vandy’s in numbers and volume. When an MSU fan caught a foul ball and tossed it up to the section behind him where Prescott was sitting, Prescott signed it and tossed it back.

The all-SEC finals could come down to a pitching matchup between stars Kumar Rocker of Vanderbilt and Will Bednar of Mississippi State.

Rocker, the 2019 CWS Most Outstanding Player, would be coming off four days’ rest. Bednar, who struck out 15 against Texas in his CWS debut June 20, would have three days’ rest since throwing 97 pitches in the bracket final against the Longhorns. 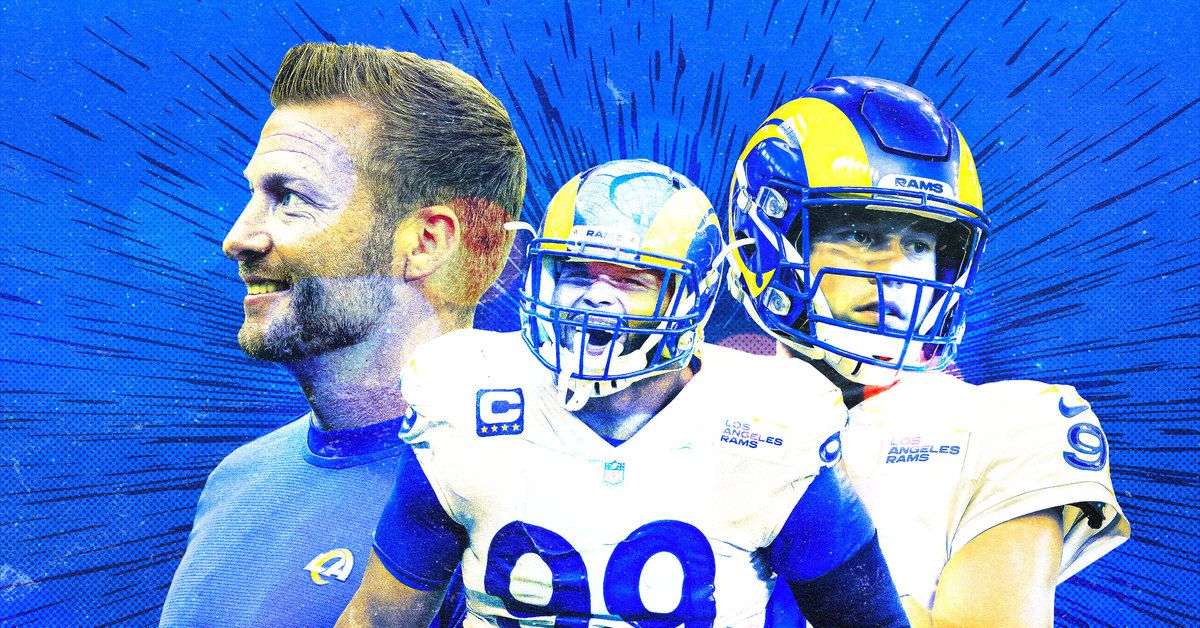 The Rams Are Living Up to the Hype
5 mins ago

The Rams Are Living Up to the Hype