On the left is a pure drop of sodium-potassium alloy, on the right is the drop with a layer of water, in which electrons liberated from the metal dissolved, giving it a golden metallic sheen. Credit: Artistic rendering by Tomáš Belloň / IOCB Prague

Every child knows that water conducts electricity — but this refers to “normal” everyday water that contains salts. Pure, distilled water, on the other hand, is an almost perfect insulator. It consists of H2O molecules that are loosely linked to one another via hydrogen bonds. The valence electrons remain bound and are not mobile. To create a conduction band with freely moving electrons, water would have to be pressurized to such an extent that the orbitals of the outer electrons overlap. However, a calculation shows that this pressure is only present in the core of large planets such as Jupiter.

An international collaboration of 15 scientists from eleven research institutions has now used a completely different approach to produce an aqueous solution with metallic properties for the first time and documented this phase transition at BESSY II. To do this, they experimented with alkali metals, which release their outer electron very easily. However, the chemistry between alkali metals and water is known to be explosive. Sodium or other alkali metals immediately start to burn in water. But the team found a way to keep this violent chemistry in check: They did not throw a piece of alkali metal into water, but they did it the other way round: they put a tiny bit of water on a drop of alkali metal, a sodium-potassium (Na-K) alloy, which is liquid at room temperature.

The drop of sodium-potassium alloy exposed to the action of the water vapor at 10-4 mbar. A layer of water forms on the drop, in which electrons liberated from the metal dissolve, giving it a golden metallic sheen. Credit: Phil Mason / IOCB Prague

At BESSY II, they set up the experiment in the SOL³PES high vacuum sample chamber at the U49/2 beamline. The sample chamber contains a fine nozzle from which the liquid Na-K alloy drips. The silver droplet grows for about 10 seconds until it detaches from the nozzle. As the droplet grows, some water vapor flows into the sample chamber and forms an extremely thin skin on the surface of the droplet, only a few layers of water molecules. This almost immediately causes the electrons as well as the metal cations to dissolve from the alkali alloy into the water. The released electrons in the water behave like free electrons in a conduction band.

“You can see the phase transition to metallic water with the naked eye! The silvery sodium-potassium droplet covers itself with a golden glow, which is very impressive,” reports Dr. Robert Seidel, who supervised the experiments at BESSY II. The thin layer of gold-colored metallic water remains visible for a few seconds. This enabled the team led by Prof. Pavel Jungwirth, Czech Academy of Sciences, Prague, to prove with spectroscopic analyses at BESSY II and at the IOCB in Prague that it is indeed water in a metallic state.

Fingerprints of the metallic phase

The two decisive fingerprints of a metallic phase are the plasmon frequency and the conduction band. The groups were able to determine these two quantities using optical reflection spectroscopy and synchrotron X-ray photoelectron spectroscopy: While the plasmon frequency of the gold-colored, metallic “water skin” is about 2.7 eV (i.e. in the blue range of visible light), the conduction band has a width of about 1.1 eV with a sharp Fermi edge. “Our study not only shows that metallic water can indeed be produced on Earth, but also characterizes the spectroscopic properties associated with its beautiful golden metallic luster,” says Seidel.

For more on this research, read In Remarkable Experiment, Scientists Create a Golden Drop of Metallic Water. 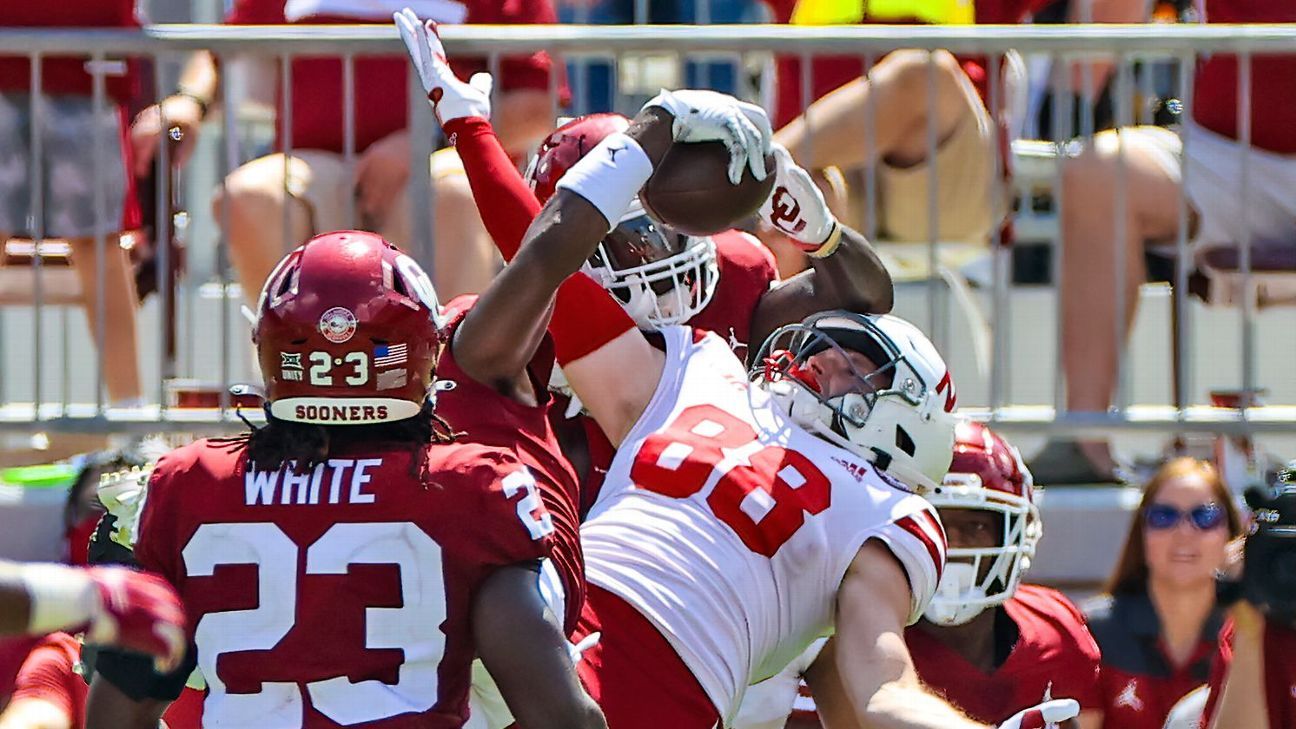 OU’s Riley: Almost challenged my own team’s INT
14 mins ago