In the 19th century, the notorious pathogen Phytophthora infestans caused a large famine in Ireland and other parts of Western Europe. To this day, it continues to pose a major threat to global food production. It has long been a mystery how this microscopically small organism and other members of the Phytophthora genus mechanically gain entry through the protective layer on the leaves of crops. In a unique collaboration, Wageningen University & Research experts in plant pathology, cell biology and physics have now found an answer to this question. Their discovery also provides new leads to making the control of Phytophthora more effective, more efficient and more sustainable on the long term. Their findings are published in Nature Microbiology.

Plants are under constant threat from all kinds of pathogens. A number of these intruders bearing the difficult name Phytophthora (literally: plant destroyer), cause enormous damage yearly to all kinds of crops, such as potatoes, tomatoes, eggplant, cocoa, peppers, soy and date palm, as well as to woodlands and nature reserves. Phytophthora not only poses a major threat to our food security, but also results in vast economic damages, causing annual damage to the potato sector of approximately 6-7 billion euros.

Combatting Phytophthora is and remains problematic, in part because the pathogen and its target are engaged in an ongoing arms race. Tremendous resources are invested in the development of resistant crops through plant breeding, with the aim of becoming less dependent on chemical crop protection. There is also increasing interest in new forms of mixed cropping.

Another option has now arisen; preventing Phytophthora from gaining access to a plant altogether. Plants come equipped with a protective layer that serves to keep intruders like Phytophthora out. Yet, this microscopically small pathogen (smaller than one tenth of the thickness of a human hair) is able to penetrate this layer and initiate its disease process in plants. Despite decades of research, it remained unknown how they mechanically penetrate this layer. To solve this problem, WUR plant pathologists and cellular biologists joined forces with WUR physicists. The latter are specialists in mechanics, a branch of physics that studies how objects and materials move and respond under the action of forces acting upon them. Their combined knowledge, and new research tools developed in collaboration, could finally bring resolution to this puzzle.

“We discovered that Phytophthora uses clever tricks to sharpen its tubular infection structure to then cut through the surface of the plant with a sharp knife. Using this strategy, Phytophthora is able to infect its host, without brute force and with minimal consumption of energy. This is the first time that this mechanism has been uncovered, and really a fundamental discovery,” Joris Sprakel, professor in Physical Chemistry and Soft Matter, says.

Phytopathology Professor Francine Govers sees plenty of leads to make the control of Phytophthora more effective, more efficient and more sustainable in the long run, without the usual suspects—chemicals and plant breeding—to circumvent the arms race. “The laws of mechanics tell us that Phytophthora is unable to penetrate the plant without first attaching itself tightly to the leaf surface.” To test this idea, as initial proof of feasibility, the research team sprayed the leaves of potato plants with a non-toxic and inexpensive substance that removes the leaf’s stickiness. This resulted in a reduction of around 65% in the level of infection. The effect even rose towards 100% in an optimized trial on artificial surfaces.

Apart from the fundamental breakthrough and investigating tools for combatting this kind of plant disease from a new perspective, the research also resulted in a new methodology; a kind of rapid testing method, that can reveal the effect and efficiency of pesticides in a rapid, accurate and inexpensive way. These novel tools could also make a significant contribution to the ongoing battle against plant diseases.

“Thanks to the engagement of Joris Sprakel and his team, including Ph.D. candidate Jochem Bronkhorst, we now know that there are a number of fundamental physical principles that could give a new twist to the arms race between pathogens and plants,” says Govers. “All in all, this research is a truly wonderful example of how collaboration across disciplinary borders can lead to breakthroughs.” 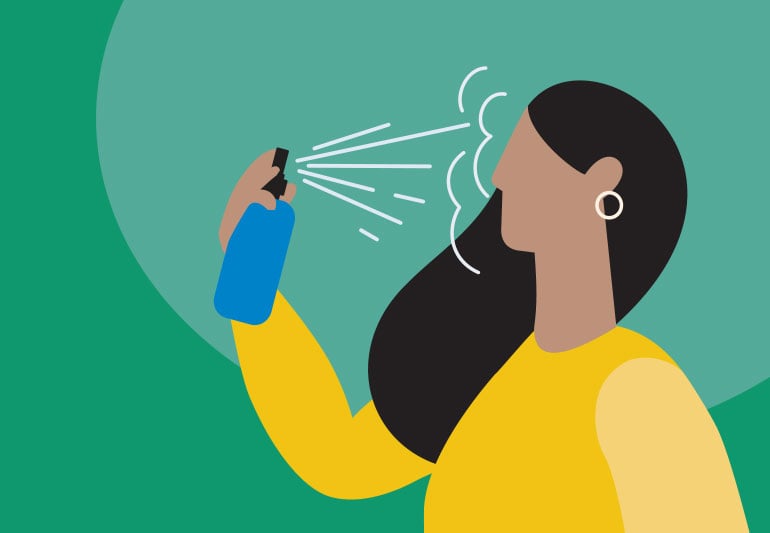 What is Hypochlorous Acid and Why You Should Use It

Be Sure to Sell Your Story, Not Your Product
4 mins ago

Be Sure to Sell Your Story, Not Your Product