Sometimes, with amazing fictional advances not only in technology but in social justice, science fiction brings us messages of hope. Other times, in post-apocalyptic landscapes, they bring us nightmarish visions of despair. And sometimes they deliver both. Sci-fi stories can treat us to action-packed battles against alien invasions, make us laugh with dim-witted time travelers, or drop us into mind-bending fantasies where heroes repeat the same day over and over again. No matter what kind of sci-fi is your favorite, Hulu has something for you. We’ve gone through all the sci-fi flicks the service has to offer to find the absolute best right now.

With a premise that sounds ridiculous, Love and Monsters doesn’t seem like it should work, but it proves to be a fun adventure flick that surprises you with its emotional depth. When most of humanity is wiped out, and all of the world’s cold-blooded animals are mutated into giant monsters, what remains of humanity takes shelter underground in isolated colonies. After Joel (Dylan O’Brien) finally discovers his girlfriend Aimee (Jessica Henwick) is in a colony 80 miles away, he leaves the relative safety of his colony to find her. With no one but his canine companion, Boy, to help him, Joel braves the post-apocalyptic world filled with massive worms, ants, toads, and other creatures to find the girl he loves.

Long before “post-apocalyptic” became a genre all on its own, there was the very first of George Miller’s acclaimed film series, Mad Max. Mel Gibson stars as the eponymous Australian cop, Max Rockatansky (imagine, he once had a last name!), trying desperately to keep order as society collapses around him and wild biker gangs reign supreme. Watch as one horrific loss after the next turn Max into the brutal hero he remains for the rest of the film series.

One would eventually become a Time Lord and the other would have a lightsaber duel with Kylo Ren, but in the 2011 fusion of sci-fi, horror, and comedy  Attack the Block, neither the nurse Sam (Jodie Whittaker) or the gang leader Moses (John Boyega) are prepared for what’s coming. Moses and his buddies are in the middle of mugging Sam when a meteorite crashes into a nearby car. Soon Sam and Moses are working together to fight off an alien invasion. Mixing social commentary with screams, hilarity, and action, Attack the Block is a perfect example of great and utterly accessible science fiction.

It took a decade to make it happen, but finally, in 2020, Keanu Reeves and Alex Winter reunited to officially make the fictional adventures of Bill (Winter) and Ted (Reeves) a trilogy. With Bill & Ted Face the Music, the titular heroes are no longer high school students hopping through time so they can pass a history test, but middle-aged dads who have to traverse space and time to save existence itself. Along the way, they run into their old buddy the Grim Reaper (William Sadler), confront buffed-up versions of themselves in prison, and amazingly manage to recapture the wholesome and hilarious spirit of the decades-old films.

Plagued by sleep disturbances her whole life, teenage Sarah (Julia Sarah Stone) sees things get worse after she runs away from home and is hunted by shadowy figures in her dreams every night. Hoping it will be the answer to her prayers, Sarah agrees to participate in a sleep study run by the creepy Dr. Meyer (Christopher Heatherington). Unfortunately, the study only makes things more dire as whatever’s stalking Sarah in her sleep begins to threaten her waking world. A visually impressive mix of sci-fi and horror, Come True has echoes of Philip K. Dick while feeling like a more thoughtful, indie answer to Wes Craven’s classic A Nightmare on Elm Street.

Since we’re talking about science fiction, a documentary may seem like a strange choice. But the unique mind-bender A Glitch in the Matrix seems appropriate considering its central question: What if what we perceive as reality is just a massive simulation like the one used to enslave humanity in 1999’s The Matrix? Rodney Ascher — the same filmmaker whose 2012 documentary Room 237, which explores interpretations of Stanley Kubrick’s The Shining — brings us this exciting exploration of conspiracy theory, philosophy, and technology in a quest to not only figure out whether we’re all really just a bunch of non-player characters (NPCs) but also to get a grasp on the relationship between digital culture and the real world.

With echoes from Eternal Sunshine of the Spotless Mind and Never Let Me Go, Little Fish is not your average dystopian plague story. Rather than searching for cures for flesh-eating chemical weapons or fighting off hordes of brain-eating zombies, the characters of Little Fish are under siege from N.I.A. — a virus that devours its victims’ memories. Musicians can’t play their instruments, pilots can’t fly, and sailors can’t sail. While we get an idea of how the world as a whole is collapsing beneath the weight of the epidemic, the movie’s focus is on the heartbreaking story of Emma (Olivia Cooke) and Jude (Jack O’Connell), who struggle to hold together their relationship as the virus beings chipping away at Jude’s memories of their life together.

If one day the aliens show up, what are we going to do? Well, unless we want a repeat performance of Independence Day, we’re going to have to talk to them, and that’s part of what makes up the core of 2016’s visually stunning sci-fi drama Arrival. Amy Adams stars as linguistics professor Louise Banks, who is tapped to help the world figure out what the mysterious visitors are saying and, more importantly, what we should say back. Transcending questions of space and aliens to examine humanity itself, Arrival is a must-watch for any fan of science fiction, or just any fan of great movies.

Every morning is the same morning for Roy Pulver (Frank Grillo) in Boss Level, and each of those mornings he wakes up to the same assassin burying a machete in his headboard and a small army of colorful killers waiting for him outside. No matter what he does, Roy can’t manage to survive past 12:47 p.m., and that doesn’t change until a clue from his estranged wife puts him on the right path. Time loop movies are nothing new. Films like Groundhog Day, Edge of Tomorrow, and even Hulu’s own Palm Springs have turned the idea of living the same day over and over again into a subgenre all of its own. What sets Boss Level apart is the dark humor and perfectly over-the-top violence with which the story is told. It’s an action-packed and fun way to spend an hour and a half, with lots of blood and lots of laughs.

The 2020 Hulu original Save Yourselves! is one of the funniest and most timely sci-fi films you’ll ever see. Su and Jack are desperate to curb their shared addictions to the internet and social media. When a friend offers them the use of his wilderness cabin, they think they’ve finally found an opportunity to unplug. Unfortunately, because the pair are cut off from the rest of the world, when fuzzy, watermelon-sized aliens — which they refer to as “poofs” — start falling from the sky, they have no idea it’s happening until the poofs start filling the place.

Anyone who suffered through 1995’s Judge Dredd should be forgiven if they feel hesitant about giving 2012’s Dredd a try, but the reboot is a much different kind of movie. As satirical as the 2000 AD comic strips upon which it’s based, most of the film’s 95 minutes take place in a massive slum tower with the ultraviolent Judge Dredd (Karl Urban) pursuing the ruthless drug lord Ma-Ma (Lena Headey). Unapologetically violent and stylized, Dredd is a worthy adaptation of its source material and a great introduction to the character for the uninitiated.

More romantic and tender than any of Guillermo del Toro’s other films, The Shape of Water is arguably his most visually unique creation as well. The film tells the story of Elisa (Sally Hawkins), a mute woman judged harshly by just about everyone she meets because of her disability. When Elisa gets a job as a cleaning woman at a clandestine government lab, she meets someone who looks at her like no one else — but he’s an amphibian creature imprisoned in the lab and subjected to horrible experiments. This unconventional love story was nominated for 13 Oscars and took home four of them, and when you watch it, you’ll find out why.

Sometimes a movie’s concept is such that it’s best to go in knowing as little as possible. The 2013 sci-fi thriller Coherence is such an animal. At first, nothing appears to be from the world of the fantastic at a get-together between friends, but then the story gets more interesting after a comet passes overhead. In the wake of the comet, strange and unexplainable things begin happening to the characters, and their normal dinner party turns into a surreal mystery. If you enjoy a story that challenges you to figure it out until the very end, Coherence is definitely for you. 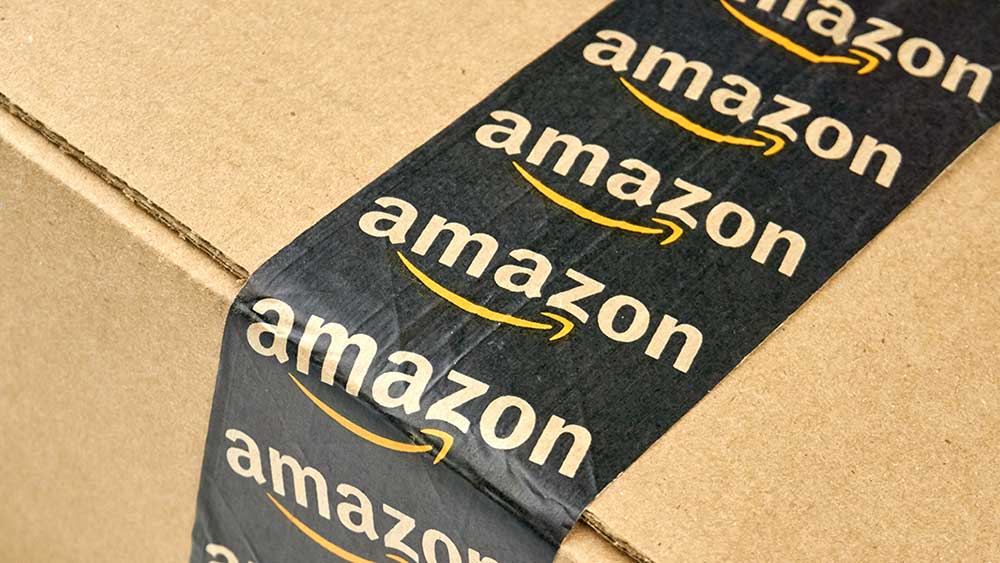 What To Expect At Amazon’s Annual New Products Launch Event