Sony Pictures’ Venom: Let There Be Carnage is almost here, and the film arrives at an interesting time for the Marvel Cinematic Universe.

The Venom follow-up is part of Sony’s own cinematic universe based on Marvel characters that exist outside the MCU, but the movie premieres at a point when there’s a recurring theme throughout Marvel’s projects: That a multiverse of alternate timelines and realities exist in addition to the MCU we know. Teased in WandaVision, formally introduced in Loki and What If?, and expected to play a huge role in December’s Spider-Man: No Way Home, Marvel’s multiverse is the new Infinity Stone, and Hulk help any upcoming Marvel-related film or series that doesn’t mention it.

With actors from earlier Spider-Man franchises expected to reprise their roles in No Way Home, Marvel fans are expecting the multiverse to become Disney’s way of connecting the MCU to a wide range of past and future projects. That means Tom Hardy’s version of Eddie Brock in Venom and Let There Be Carnage could indeed find his way to the MCU, but should he? Here are some of the arguments for — and against — Marvel’s favorite symbiote getting his own homecoming of sorts.

With the exception of some wonderful characters like Loki (Tom Hiddleston) and Thanos (Josh Brolin) — Marvel Studios films are often criticized for featuring underdeveloped bad guys. And yet, joining the MCU could give Venom the chance to face better villains in his own big-screen adventures.

Venom pitted Hardy’s titular antihero against another symbiote, Riot (Riz Ahmed), while Let There Be Carnage has him battling another symbiote, Carnage, bonded with serial killer Cletus Kasady (Woody Harrelson) this time around. As far as Venom’s list of recurring enemies goes, after Carnage, there’s, well… just more symbiotes trying to be as cool as Carnage. The most noteworthy of the bunch is probably Knull, the symbiote god who took on the entire Marvel Comics universe in a recent crossover event, but outside of his high-profile battles with Marvel heroes, he’s just Carnage with a better publicist.

Were Venom to find himself in Disney’s playground, the symbiote could very likely become a watered-down, family-friendly version of himself. Sure, R-rated superhero films like Logan, Joker, and The Suicide Squad have been viable, and Marvel Studios president Kevin Feige told Collider just this year that Deadpool 3 is in development as an R-rated feature. And lest we forget, Venom was rated PG-13, just like many of the MCU films.

But again, Venom eats people. Is that a line Disney will allow a Marvel “hero” to cross? Baby Yoda is still dealing with the fallout from eating those eggs, after all.

Yes, a live-action version of Spider-Man’s black suit saga unfolded in 2007’s Spider-Man 3, and that film was not only one of the most critically panned and reviled films of the franchise, but was also the source of one of the most mercilessly mocked dance scenes in cinematic history.

Fortunately, the current Marvel films have a good track record of learning from past mistakes. If a new MCU film tackled  Spidey’s black suit saga, it’s reasonable to expect that the filmmakers would opt not to shoehorn it in at the last minute, stuff the story with more villains than it can handle, and come up with a better premise than “it just fell out of the sky.”

And at worse, if we did get another dance scene, we already know Tom Holland is a better dancer than Tobey Maguire, thanks to Lip Sync Battle.

Very early in Venom, we met a character with a long history in Marvel’s comics: Astronaut John Jameson. The son of the ornery J. Jonah Jameson in the comics, John is the first host of the villainous symbiote Riot in the film but is presumed dead after he wakes up and crashes the ambulance that was transporting him.

If Tom Hardy’s Venom enters the MCU, we might never see John Jameson become Man-Wolf, the savage, white-furred hero he becomes in Marvel’s comics. Would the MCU be better with an armor-wearing, sword-wielding wolfman? What you should really be asking is what universe wouldn’t be better with a character like that.

If Tom Hardy’s Venom joins the MCU, it could give him a chance to interact with a wider range of iconic characters, including the Hulk (Mark Ruffalo), which could allow for some intriguing themes to explore.

Sure, Hulk and Venom could fight, much as they have in Marvel’s comics. But a meeting between Hulk and Venom could also put the spotlight on what they have in common. The theme of duality is a recurring one in superhero stories, and the juxtaposition of a hero and their alter-ego is particularly fascinating with characters like Hulk and Venom. Both Bruce Banner and Eddie Brock struggle to find balance with their respective dark sides. Banner/Hulk and Brock/Venom could have a lot to teach one another — and hopefully, that wouldn’t include Venom teaching Hulk to eat people, because again, that’s weird.

Say what you will about multiverses or alien planets, but in Marvel’s comics, the hub of everything has always been one place: New York City. Marvel Studios works hard to make sure the MCU has a more global perspective, but most of its heroes are still based on the East Coast. One of the few exceptions is Ant-Man (Paul Rudd), who makes his home in San Francisco.

Unlike his comic book counterpart, Eddie Brock also lives in the Golden City when he’s first bonded to Venom, meaning that if somehow Eddie and Venom were to find their way to the MCU, a meeting between Scott Lang and Brock would seem as inevitable as it would be fun. Hopefully, their first meeting wouldn’t result in the usual “misunderstanding” fight between heroes, because it’s tough to imagine how Ant-Man could survive it.

PRO/CON: The rest of Sony’s Spider-Verse

If Venom walks through the door to the MCU, then it’s only a matter of time before the other characters of Sony’s cinematic universe follow him. Considering how little we’ve seen of those projects, it’s too soon to tell whether that would be a good thing or a bad one.

The most we’ve seen of Sony’s future Marvel projects has been through promotional images and footage from Morbius, which casts Jared Leto as the eponymous vampire antihero. We also know (via EW) Aaron Taylor-Johnson has been cast as Spider-Man villain Kraven the Hunter in an upcoming solo film. But that’s about it at this point.

PRO: Did you bring a Venom suit for everybody?

One undeniably awesome possibility, should Venom appear in the MCU, is the potential for seeing “Venomized” versions of other MCU heroes.

In Marvel’s Venomverse comic-book crossover event, Eddie Brock and his symbiote interact with versions of Venom from all over the multiverse (in much the same way Miles Morales did in Sony’s Spider-Man: Into the Spider-Verse film and Peter Parker did in his own Spider-Verse comics event), giving us a chance to see what Venom would be like if he bonded with Captain America, Rocket Raccoon, Thor, Doctor Strange, Ant-Man, Hulk, Wolverine, and other heroes.

While it would hopefully be temporary, the notion of a Venomized Hulk would be epic in the MCU. The same goes for Venom bonding with Chris Hemsworth’s Thor, Brie Larson’s Captain Marvel, or even Groot.

CON: The Mouse doesn’t need everything

With Disney’s acquisition of Fox, both the X-Men and the Fantastic Four are on their way back to the MCU, with the latter’s first film already announced.

So, does the MCU really need Venom or any of his Sony movie-verse colleagues? Marvel Studios still has plenty of untapped properties that it solidly owns the film rights to, not to mention all of the narrative acrobatics it’s going to need to achieve to introduce mutants into its narrative.

After all, it’s okay for there to be superheroes outside the MCU. Warner Bros. Pictures’ The Suicide Squad was great, so we don’t need Marvel to step in and fix DC’s stuff after all. And shows like Invincible and The Boys are fine on their own. So maybe it’s fine if there are a few crimefighters Mickey Mouse doesn’t own.

Venom’s origins are usually so firmly tied to Spider-Man that it can be easy to forget that he’s an alien with at least one foot in the cosmic side of Marvel’s comics universe. It was something Marvel writer Brian Michael Bendis remembered, however, when he had Venom join up with the eponymous team in the Guardians of the Galaxy comic.

The MCU’s Guardians are led by Star-Lord, whose surrogate father Yondu just barely kept his employees from eating Quill, so the Guardians might be more accustomed to the kind of people-eating habits Venom displays than, say, the Avengers. That’s not to say Venom should necessarily join the Guardians of the Galaxy if he enters the MCU, but it would create the possibility for stories along those lines. Along with the Guardians, Captain Marvel, Loki, and Thor, Venom could become another Marvel hero in the MCU’s growing cosmic narrative.

Yankees’ Severino pitches for 1st time since 2019
6 mins ago 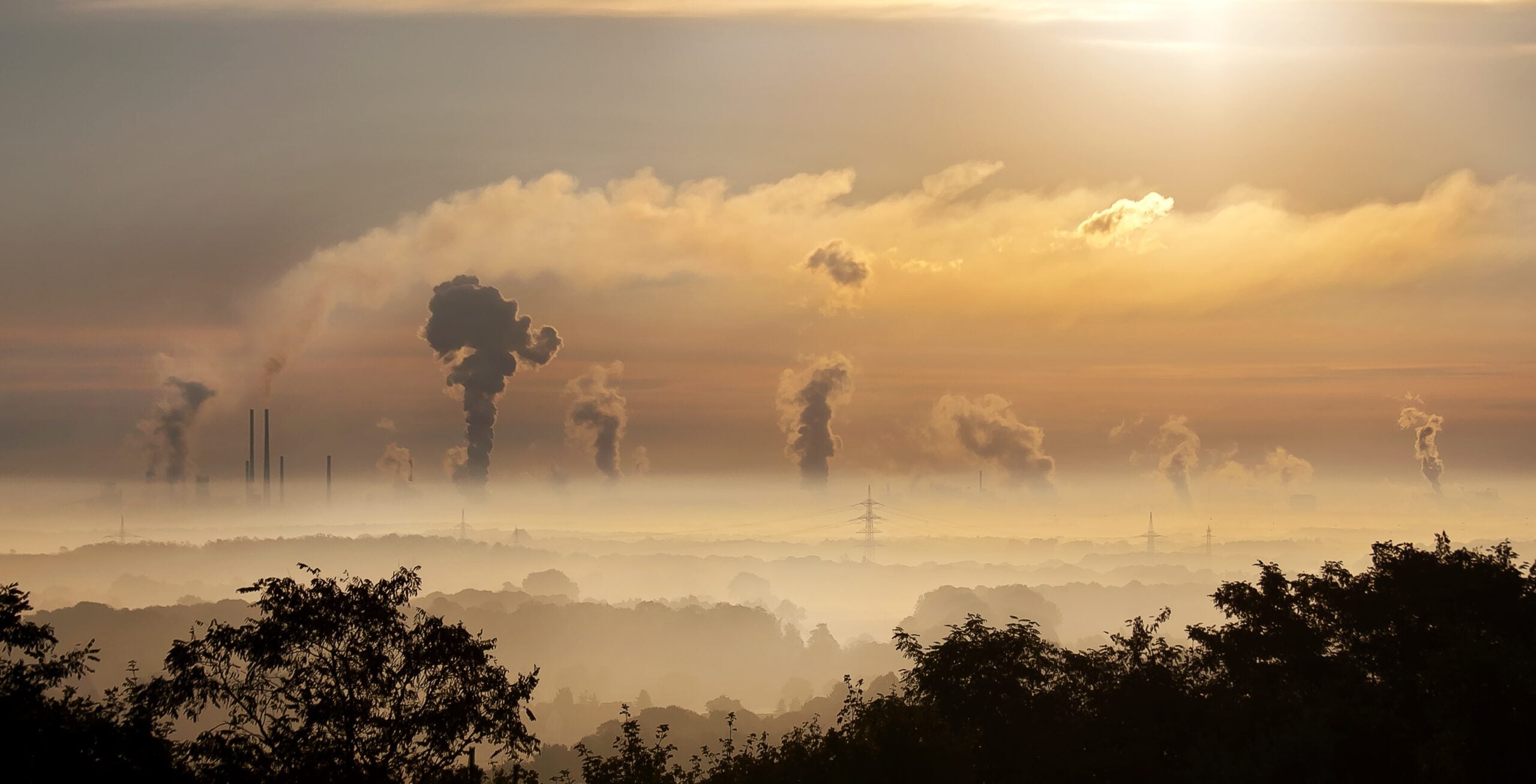